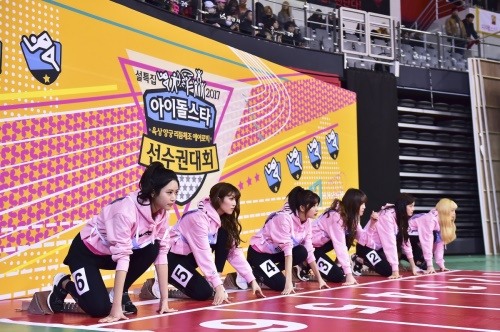 The “2017 Idol Star Athletics Championships” is just around the corner, and there will be some exciting things to look forward to during the track and field portion!

The event is a time for groups to show off their athletic skills, and many rookie groups have a chance to shine as well. A source recently revealed that there will be many noteworthy moments this year, including a new record set by a female idol during the female sprinting competition.

Not only that, there was reportedly less than a second difference between first and second place for one of the male track and field divisions, and photo analysis will be used to determine the winner.

While no further details were given, many are curious to see if last year’s winners for these specific races, GFRIEND’s Yuju and SNUPER’s Woo Sung, were able to defend their positions.

Stay tuned for our live coverage of the “2017 Idol Star Athletics Championships” when it airs on January 30!

2017 Idol Star Athletics Championships
How does this article make you feel?