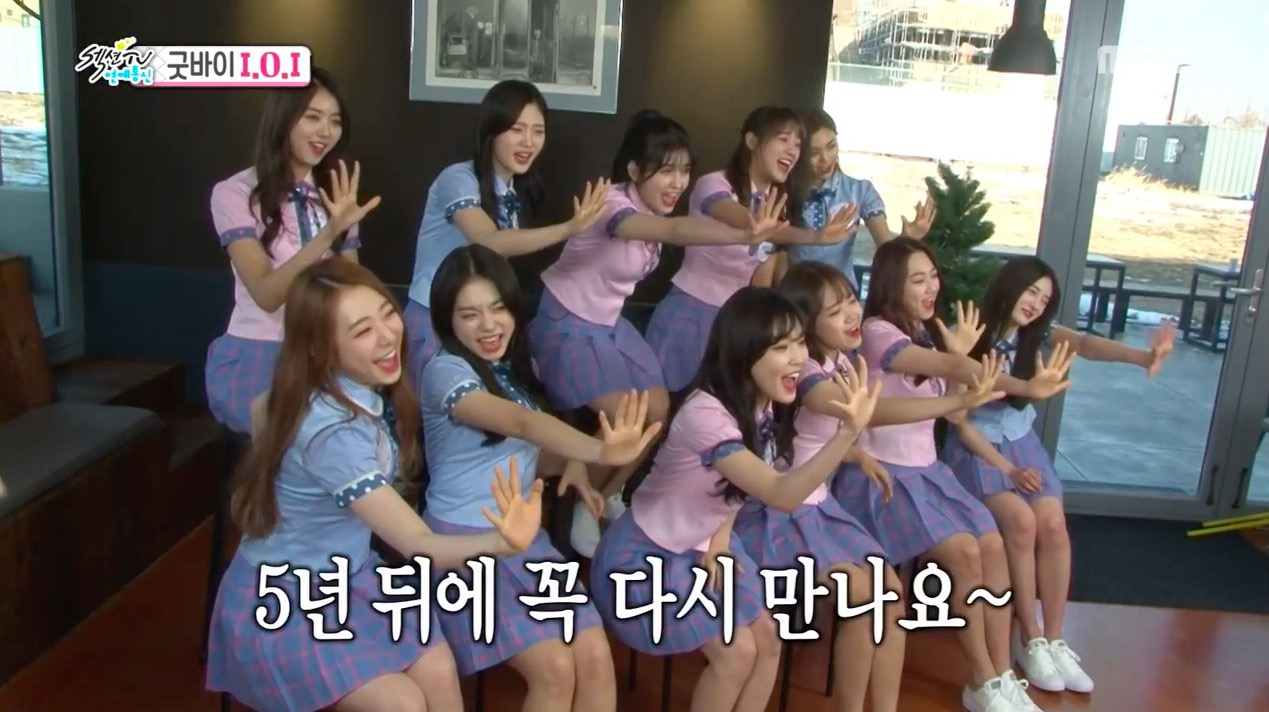 I.O.I Says They Want To Reunite In 5 Years On A TV Show

When temporary girl group I.O.I filmed an interview for “Section TV” before their recent disbandment, the members had the chance to share their dreams of a reunion.

I.O.I was formed through the survival show “Produce 101” in 2016 with the plan of promoting for less than a year, and featured eleven members from several different agencies. The group recently spent a tearful last evening together on January 22, following their last concert and the release of their final single “Downpour.”

In January 29’s episode of “Section TV,” some of the members were shown getting teary as they filmed their last advertisement together. Yoo Yeonjung explained in their interview, “Because it’s so sad to be going our separate ways, we promised that we’d meet again in five years.”

They joked that they’d be seeing each other for the rest of their lives anyway. Kim Sejeong added enthusiastically, “We’re all in eight different agencies, so it’s hard to get together. If someone invites us, we’ll definitely all come on a show no matter what it is, so please invite all of us in five years!”

The reporter suggested that they reunite on “Section TV” in five years, and the members all cheered at the idea.

Would you like to see a reunion from I.O.I?