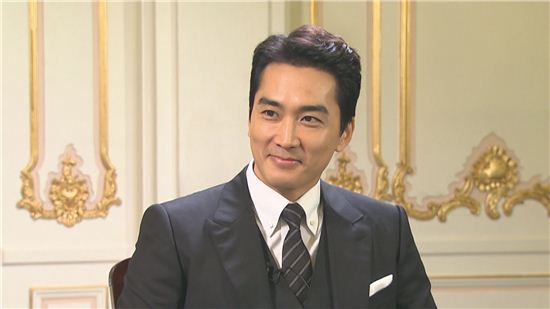 In the January 31 episode of SBS’s “One Night of TV Entertainment,” Song Seung Heon sat down for an interview to promote his current drama, “Saimdang, Light’s Diary.”

During the interview, Song Seung Heon was asked which female actress he had the best chemistry with, to which he replied, “What should I say?” before hinting, “It was best with that person,” in reference to his girlfriend Liu Yi Fei, whom he met while filming “The Third Way of Love.” The couple went public with their relationship in August 2015. 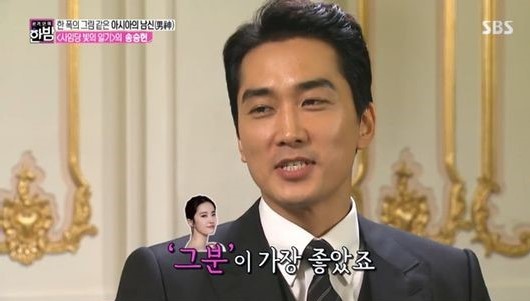 When asked why he was attracted to her, the actor got flustered, asking, “That wasn’t in the questions, was it?” He then said, “It wasn’t during the filming, it was towards the end [that I became attracted to her.]”

Song Seung Heon was also asked about marriage, where he said, “It’s my dream to have a happy family after marriage. Although I can withstand criticism, I dream of being a great father more than a great actor.”

He added, “I’m really envious of my friends who have wives and children.” 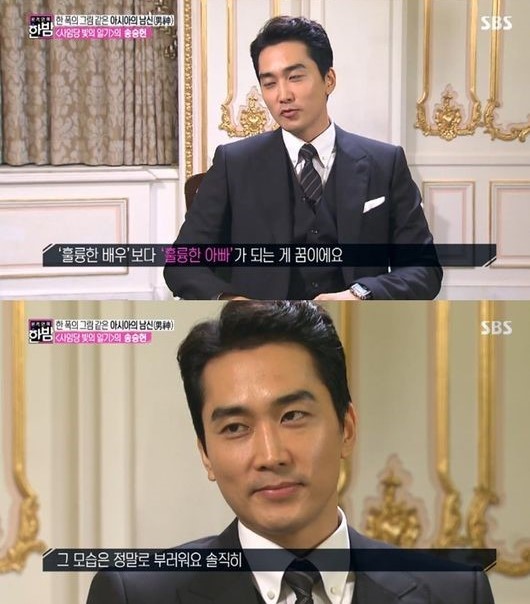 One Night of TV Entertainment
Song Seung Heon
Liu Yi Fei
How does this article make you feel?