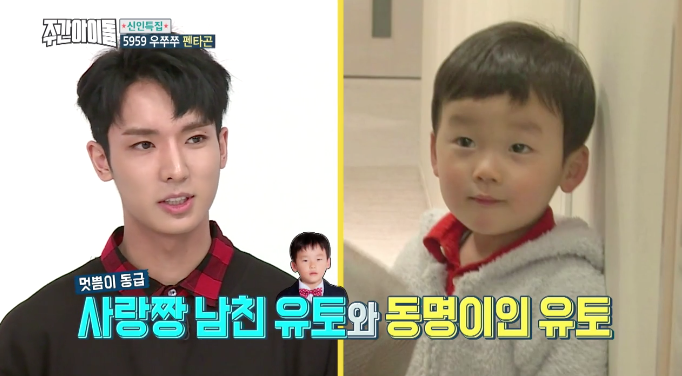 During the February 1 episode of “Weekly Idol,” PENTAGON appeared on the show (along with fellow rookie groups VICTON and MOMOLAND) and got a chance to introduce each member to the fans. Since there are so many members, all of them wore shirts that had their names printed in a huge font. 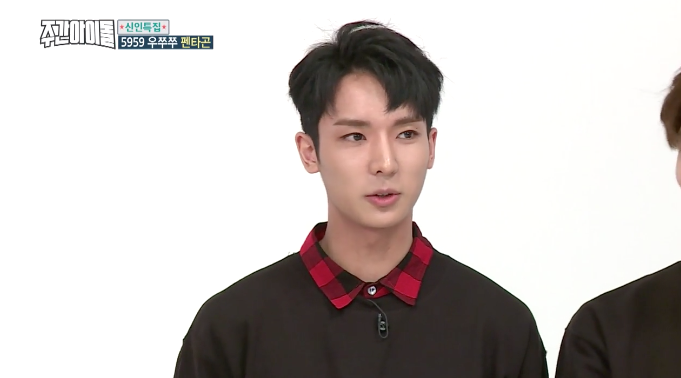 When it was Yuto’s turn to introduce himself, he explained that he is from Japan and said, “I have the same name as Choo Sarang’s best friend Yuto from ‘The Return of Superman.'”

“So when I type my name into the search bar, his name comes up first before mine,” he revealed. “I want to make my name known through this chance.” He then greeted viewers formally by saying, “Hello, I am PENTAGON’s Yuto.”

PENTAGON
Yuto
Weekly Idol
How does this article make you feel?