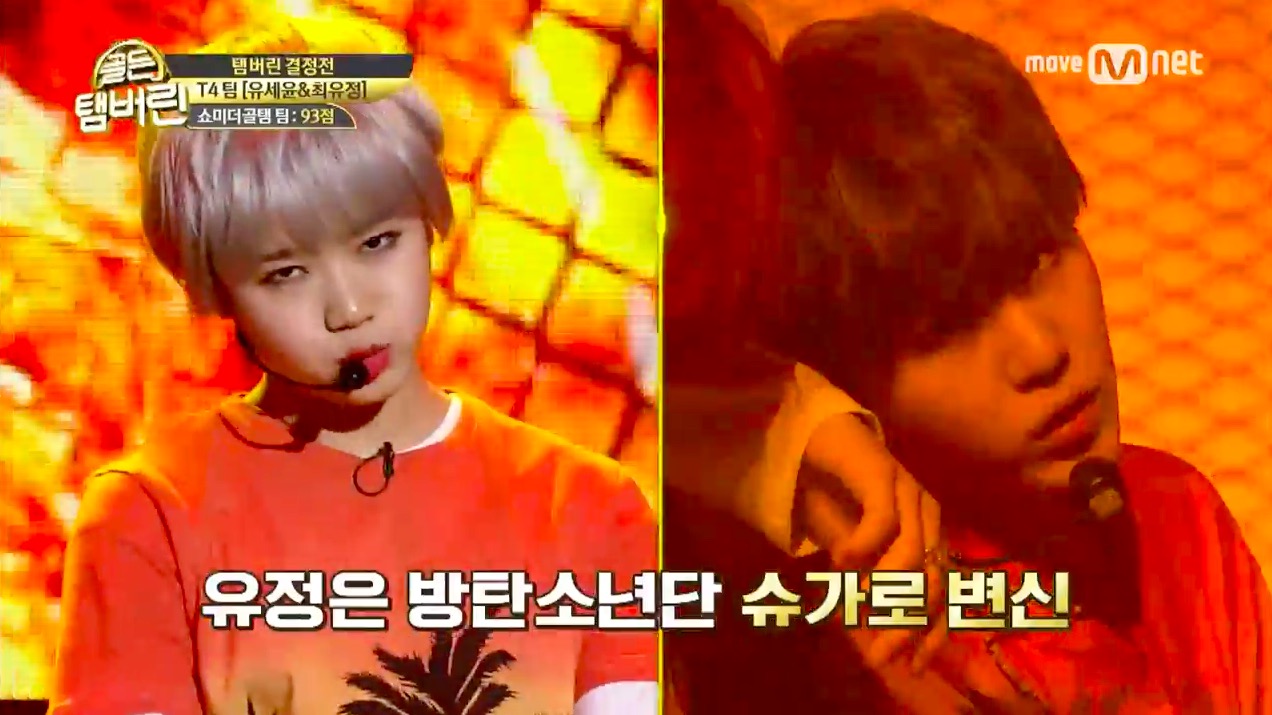 Choi Yoojung dressed up as BTS’ Suga for a cover performance of the group’s track “Fire”!

The talented young star teamed up with comedian Yoo Se Yoon for a fun cover of the hit BTS song on February 2’s episode of the karaoke competition show “Golden Tambourine.” Yoo Se Yoon handled the rapping and Choi Yoojung did most of the singing (while they both tackled the song’s famous choreography), before they were joined on stage by their “secret weapon” rapper Flowsik for a surprise rap verse.

Check out their cover below!

The team received a score of 95 points, earning them the win in their round. Jo Kwon also performed a cover of EXO’s “Growl” in this week’s episode, which you can watch here.

Choi Yoojung is housed under the agency Fantagio and was a member of the former temporary girl group I.O.I. Fantagio announced early last month that they will be debuting Choi Yoojung in a new girl group this year, along with her fellow I.O.I member Kim Doyeon.

What do you think of their cover of “Fire”?