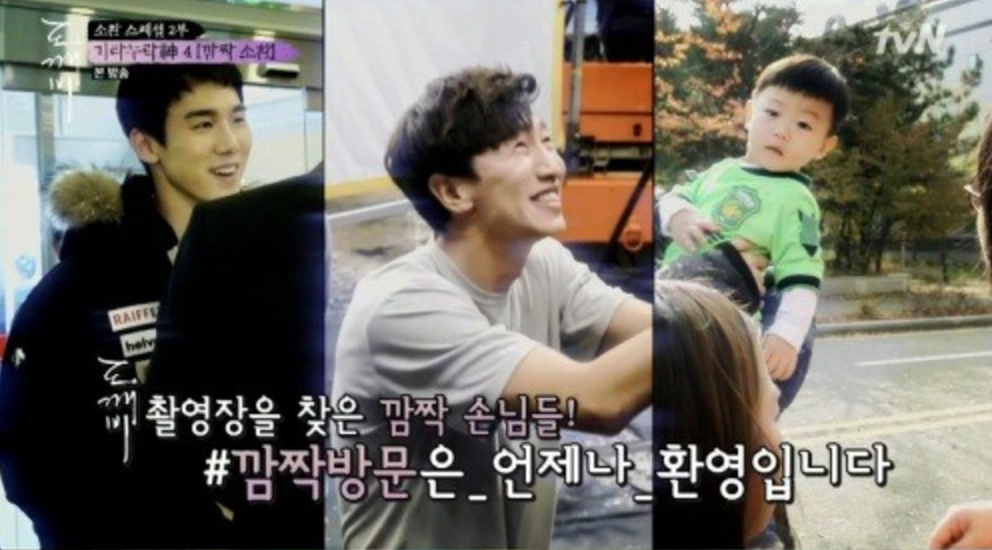 It seems there was something special about tvN’s “Goblin” that drew all the top male stars to it!

The second special episode of “Goblin” aired on February 4 and showed various stars visiting the cast and crew while they were filming the drama. 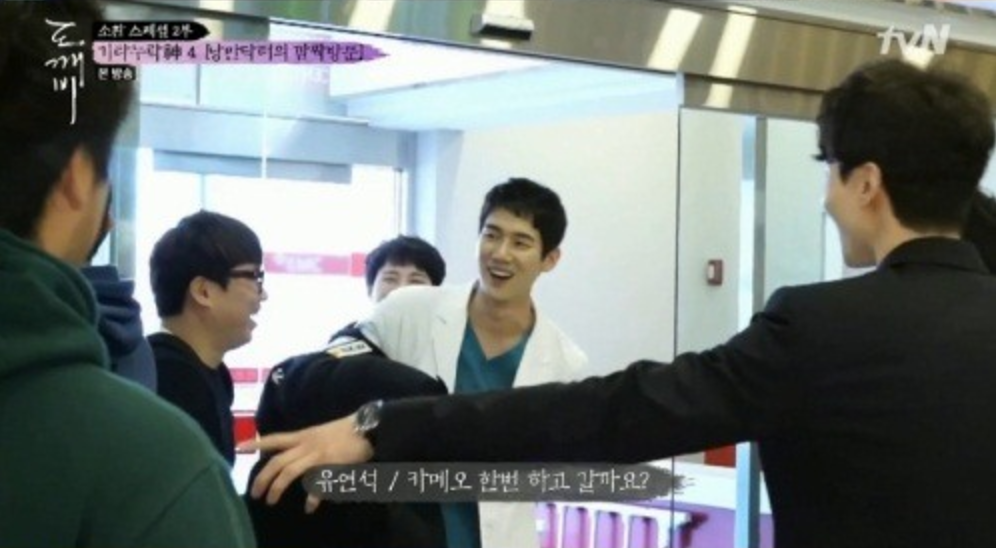 Yoo Yeon Seok came wearing his doctor’s gown from “Romantic Doctor Kim,” stating that he had come over to say hi to Lee Dong Wook. He explained that the set for his drama was close by and they had wrapped up filming for the day. Lee Dong Wook greeted him warmly and said, “Thanks. You should film a cameo appearance before you go,” to which Yoo Yeon Seok replied, “Should I, really?” 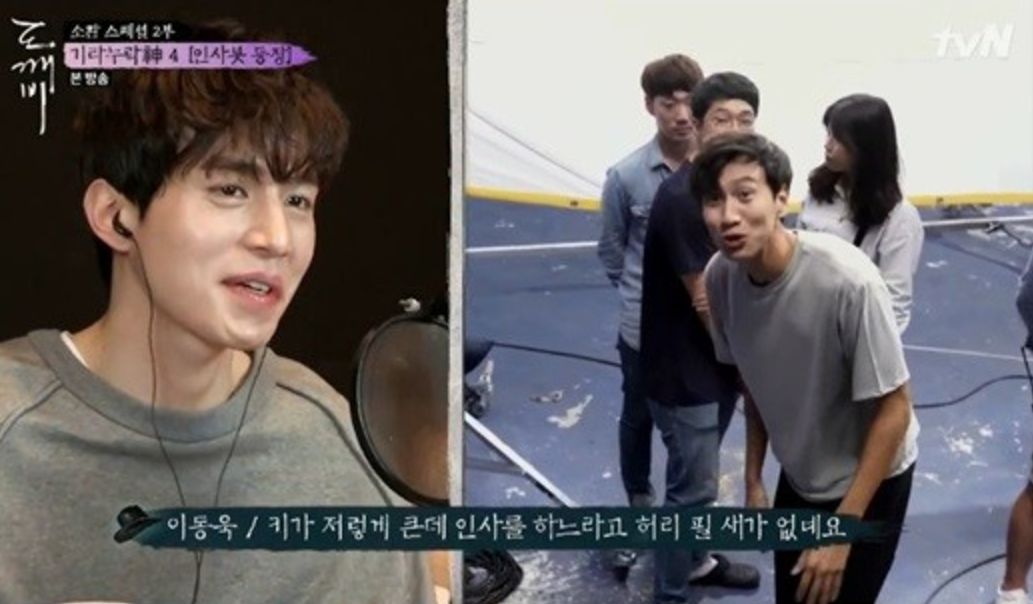 Lee Kwang Soo also made a surprise appearance one day. He became known as the “greeting robot” on set as he made sure to greet every single person who passed by.

Last, but not least, was Daebak, who was wary at first because he wasn’t used to seeing Lee Dong Wook wearing his grim reaper outfit. The actor buttoned up his parka so as to make Daebak feel more comfortable, and he even got a kiss on the cheek as a reward. He proudly proclaimed, “I’m one of two men to have ever gotten a kiss on the cheek from Daebak.” 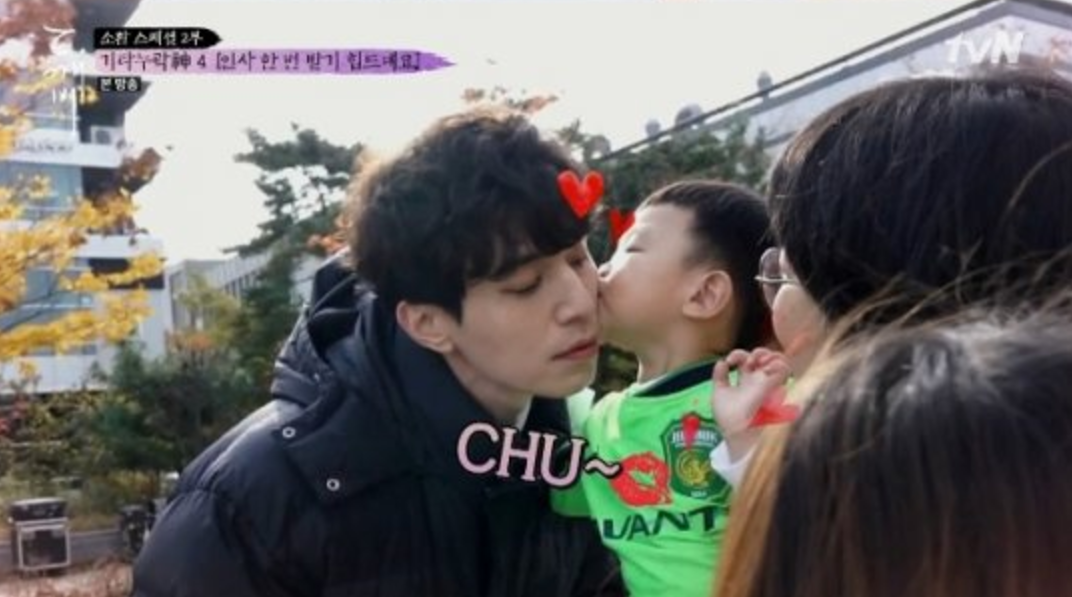 Daebak stayed in Lee Dong Wook’s arms for a while, and even cheered him on by saying, “You can do it!”