It looks like Gong Yoo and Lee Dong Wook constantly fought for Yook Sungjae’s affection during the filming of tvN’s “Goblin.”

The second special episode of “Goblin” aired on February 4, and included a segment that followed the trio of Gong Yoo, Lee Dong Wook, and Yook Sungjae. Lee Dong Wook proudly stated that the “GongDongJae” worked really well together. 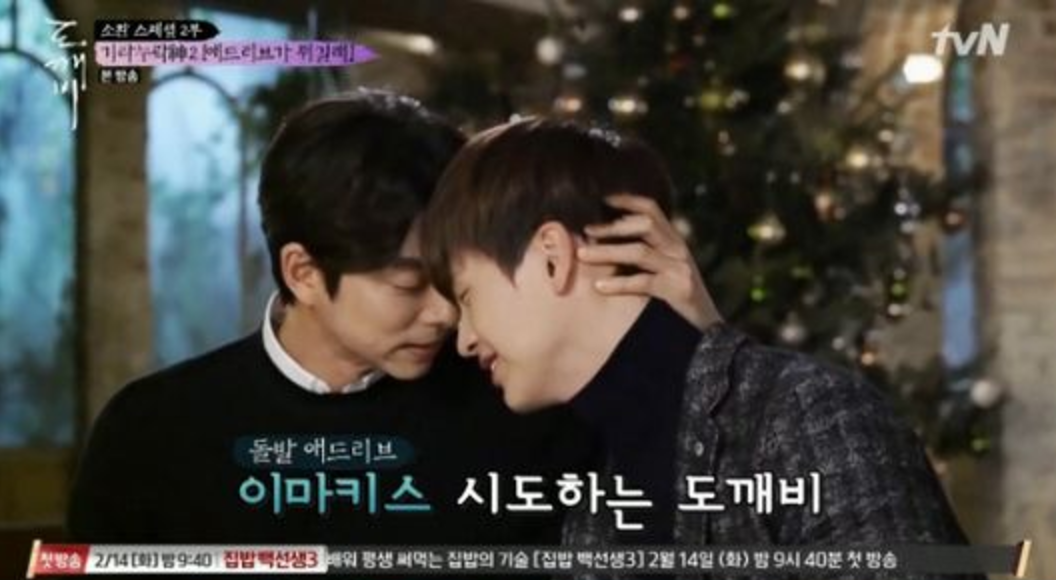 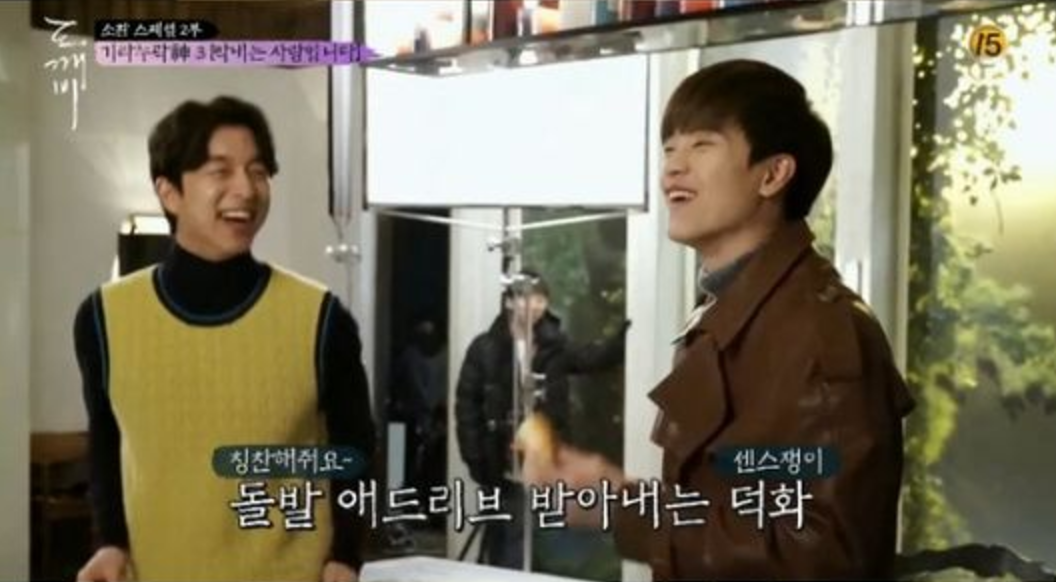 In one of the scenes, Gong Yoo grabbed Yook Sungjae and put their foreheads together in a “forehead kiss” as an ad-libbed moment, surprising the idol with the unexpected show of affection. Yook Sungjae was quick on his feet, keeping up with Gong Yoo’s many ad-libs, and it earned him high praise from the actor. 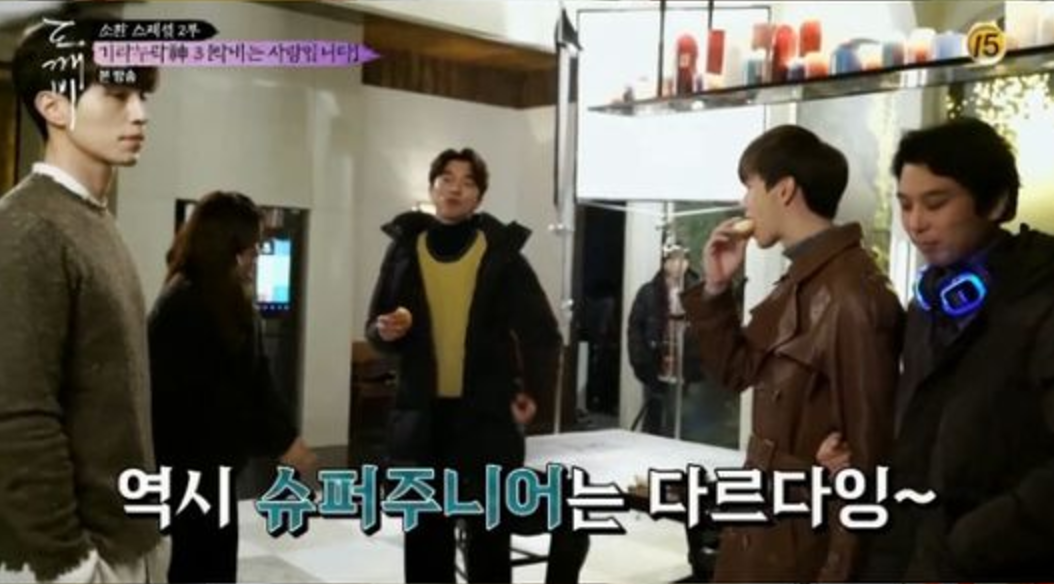 Just like real older brothers, Gong Yoo and Lee Dong Wook also seemed to enjoy messing around with Yook Sungjae. In one moment, the first said, “As expected from a Super Junior member, you’re so good,” and the second added on, “You mean B1A4~” Even the director chimed in with, “Isn’t he a member of BEAST?”

Lee Dong Wook reassured everyone and said they knew Yook Sungjae is a member of BTOB, even boasting that he knows all the names of the members. Gong Yoo attempted to earn some brownie points when he chimed in and said, “Yook Sungjae is the only idol I know.” 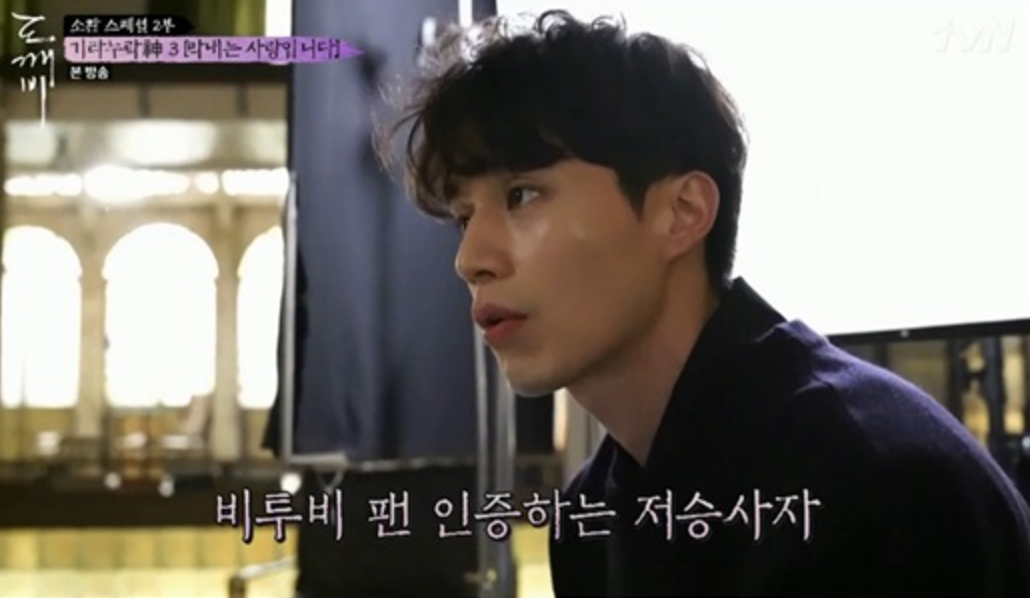 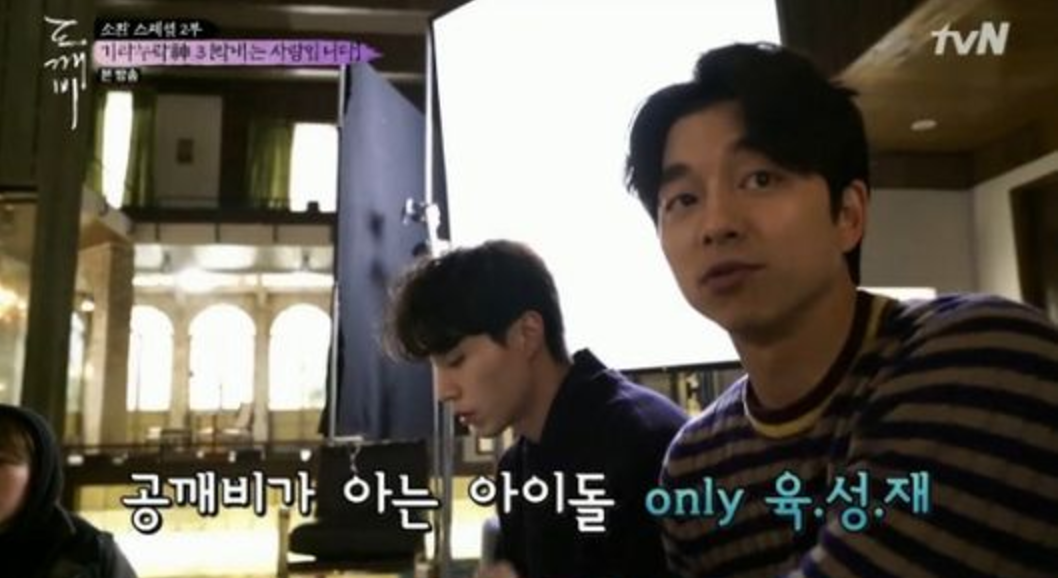 He was forced to backtrack when Lee Dong Wook asked, “Didn’t you film ‘Big‘ with Suzy?” Gong Yoo recovered when he quickly added, “The only female idol I know is Suzy, and the male idol is Yook Sungjae. That’s it.”