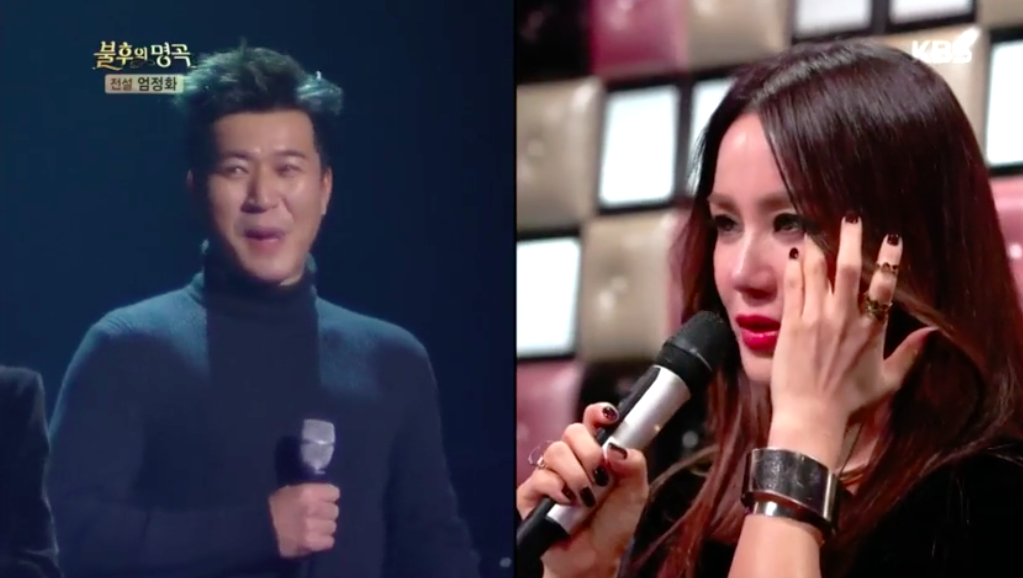 On this episode, Brown Eyed Girls member Ga In had a special guest in her performance of “Invitation” that brought Uhm Jung Hwa to tears.

Towards the middle of her sexy performance, the audience was stunned as Kim Jong Min came in as a special rapper and danced alongside Ga In. As soon as she saw him, Uhm Jung Hwa jumped up from her seat and could not hide the happiness in her face. 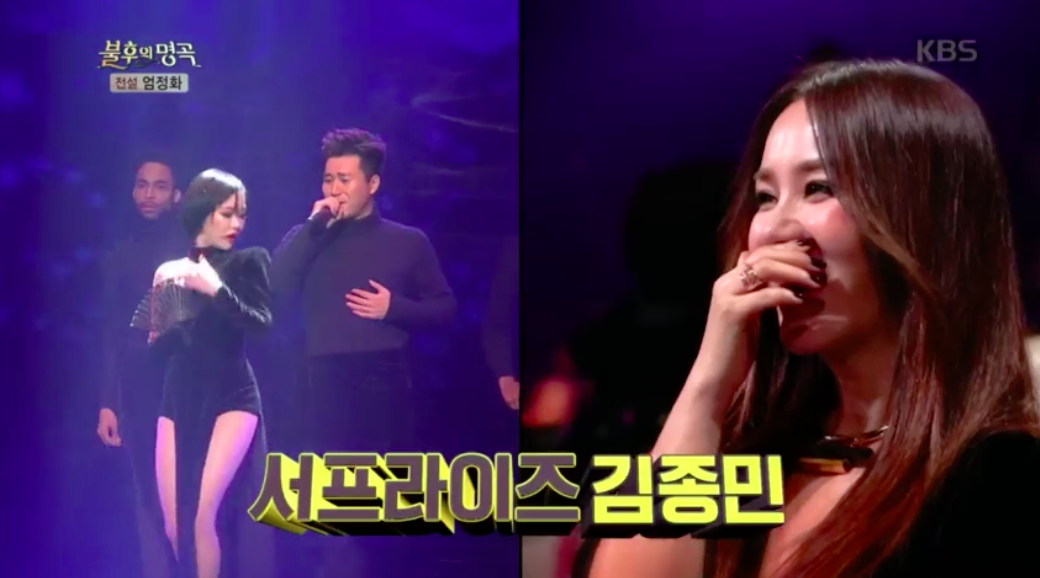 Prior to his debut in the group Koyote, Kim Jong Min had been a back dancer for Uhm Jung Hwa for many years and this marked the first time in nineteen years that the two of them had been able to reunite again. As she watched their performance, Uhm Jung Hwa could be seen wiping tears from her face as she happily enjoyed their cover of her hit song. 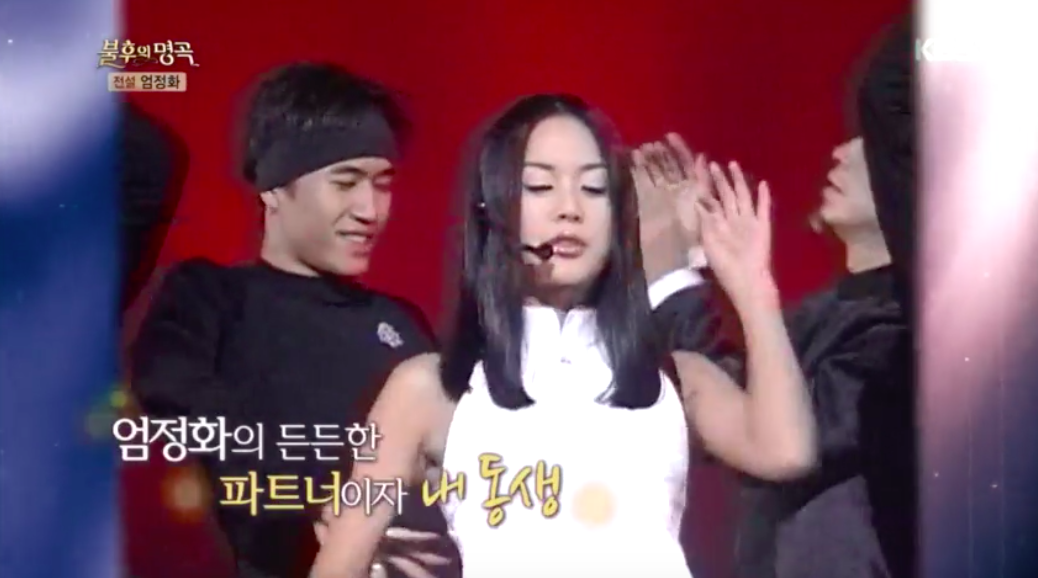 After the performance, Shin Dong Yup asked her about how she felt and she again could not hold back her tears as she said, “I was so happy to see him. Jong Min… It’s so good to see you,” as Kim Jong Min also choked back tears.

She explained further about what kind of a person Kim Jong Min was to her back in the day, saying, “Back then, when I had such a jam-packed schedule, I was never bored because Kim Jong Min was there. He would say all these silly things and it would be so fun. I was able to go to all parts of the country to perform thanks to him.”

Kim Jong Min also opened up, saying, “I think this is the first time we’ve reunited in nineteen years and I was more nervous now than anything else. I always felt bad that I was never good at keeping in touch with her and I’m so thankful I had this opportunity to see her now.” 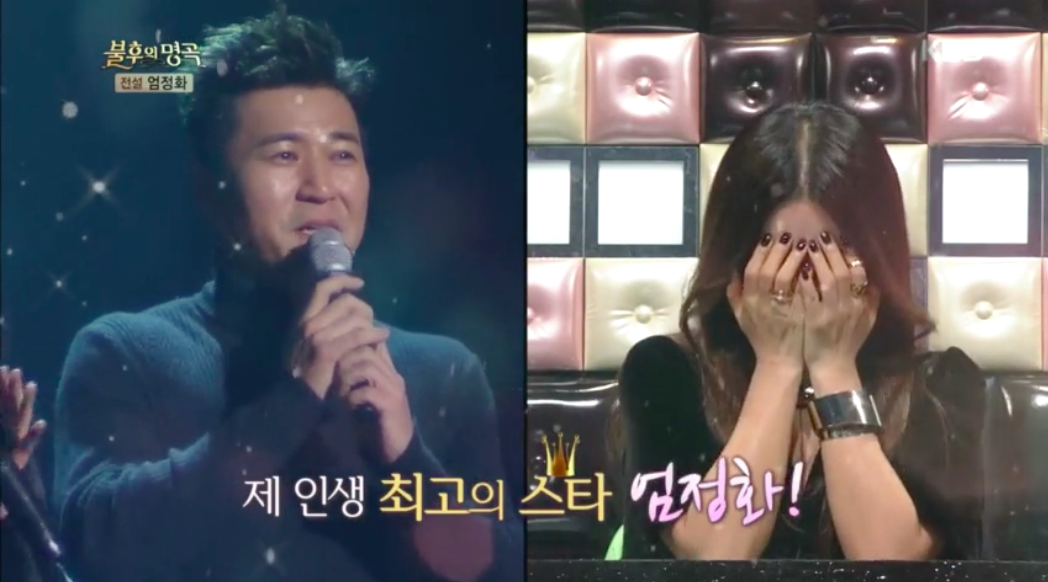 He continued, “There is one thing that I always wanted to tell her. I’ve seen Uhm Jung Hwa since I was in high school and for me, the greatest star in my life will always be Uhm Jung Hwa.”

Check out their reunion on Viki here below!