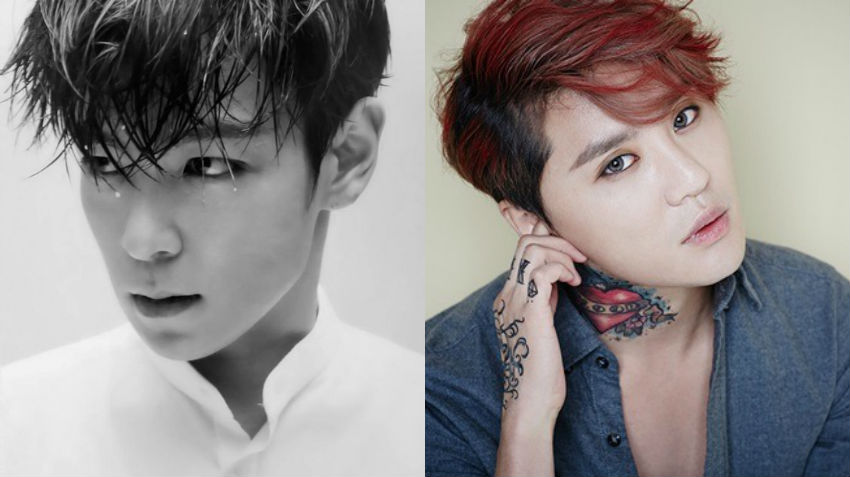 Global fans gathered together today to send off BIGBANG’s T.O.P and JYJ’s Kim Junsu as they were officially admitted into the army.

On February 9, both T.O.P and Kim Junsu arrived at the Nonsan Army Training center located in Chungcheong province. Hundreds of global fans waited at the entrance since the early morning in order to see them off, while other fans sent their support through social media.

Both T.O.P and Kim Junsu had previously stated that they would not be releasing the location of their enlistment, so both artists headed off to the army training center quietly. But fans still showed their support, saying, “I’ll wait for you Junsu,” and “I already miss you T.O.P,” as the two went to begin their army duty of 21 months.

Kim Junsu also posted a picture of his new buzz cut on his personal Instagram, saying, “I’m so grateful for the past 13 years of unchanging love and unforgettable memories. I feel like I wasn’t able to properly say goodbye, so I’m leaving a message along with this picture. The next time we see each other again, let’s be laughing and smiling.”

T.O.P also shared on his Instagram, “I want to enlist quietly. Even if I enlist without saying a word, I hope you understand. I’m sorry.”

Meanwhile, both artists will be training for four weeks at the Nonsan Army Training center. Kim Junsu will then be stationed at the police station in Gyeonggi province as a police officer, while T.O.P will be serving as a band agent specialist at the Seoul Metropolitan Police Department. They will both be discharged from the military on November 8, 2018.

We wish both of them the best of luck!

BIGBANG
JYJ
T.O.P
Kim Junsu
How does this article make you feel?