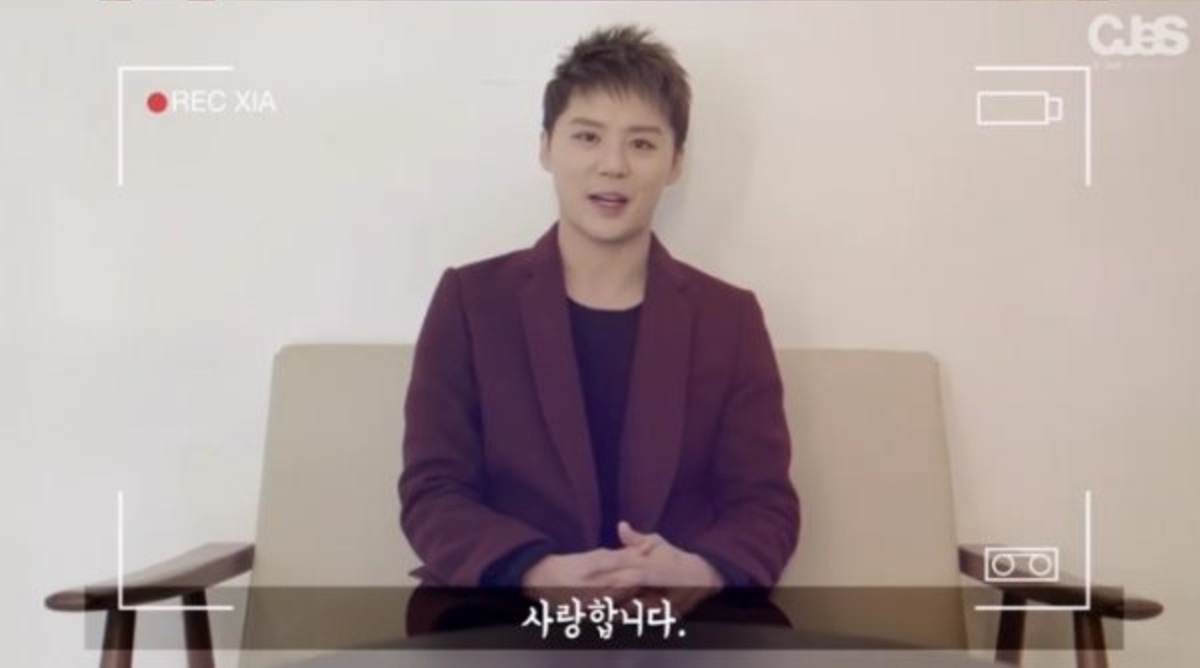 JYJ’s Kim Junsu released one last video before he enlisted.

C-JeS Entertainment uploaded the video on February 9, which was filmed by the singer himself and shows him saying his goodbyes to his fans.

Kim Junsu says, “Hi, everyone. Surprised you, right? It’s Kim Junsu. By the time you watch this video, I will be experiencing my first night in the training center. Though I already said my goodbyes through the ‘Death Note’ musical, I felt bad because it felt like I hadn’t given a proper goodbye, so I decided to make this video.”

The singer also expressed that during the time between the end of his promotional activities and his enlistment date, he thought a lot about all the love he has received over the years. He stated, “I thought to myself that I am probably the happiest person in the world.”

Thanking his fans for helping him get back on stage, Kim Junsu stated, “It is because of you [my fans] that I have been able to stand on countless stages over the past seven years. I find myself thinking more about how thankful I am as I get ready to go to the training center.” 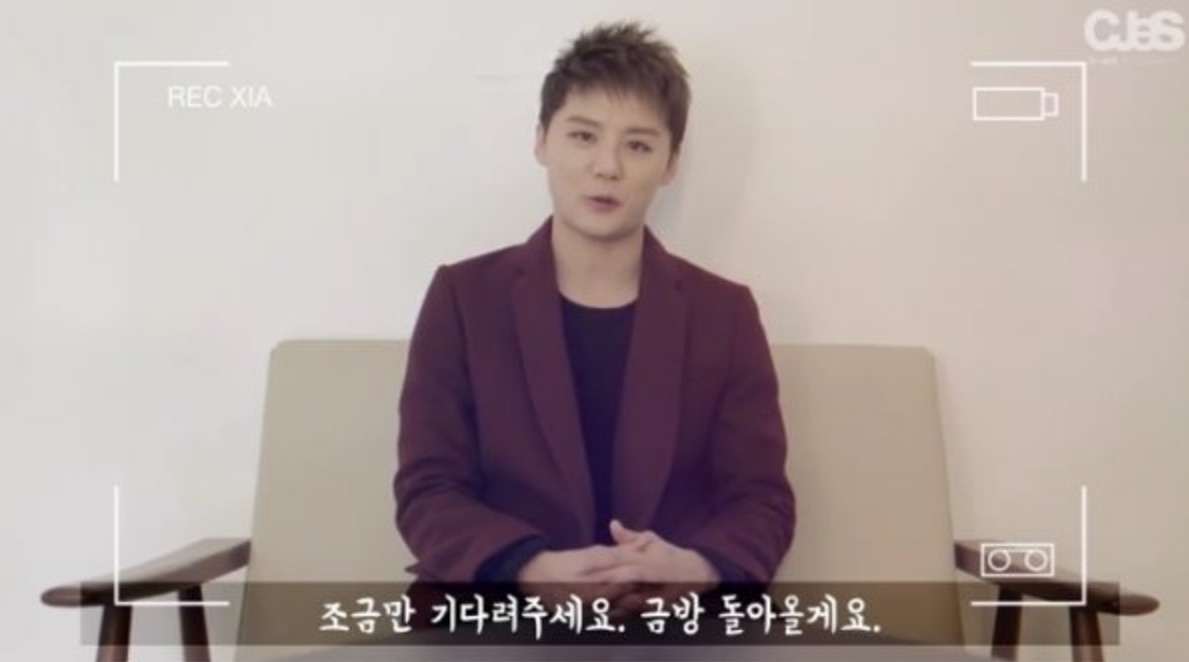 He concluded his video by stating, “All I can say is thank you, and I’m sorry that that’s all I can say. Though I will be apart from you all for a brief one year and nine months, didn’t I say that a man’s life truly starts in his thirties? I will return healthier, better, and more mature than before. Please wait a little to hear my music. I love you.”

Kim Junsu enlisted on February 9 at the Nonsan Army Training center, where he will receive four weeks of basic training before being assigned to the special promotions unit of the Gyeonggi Nambu Provincial Police Agency.

The singer will be discharged on November 8, 2018.