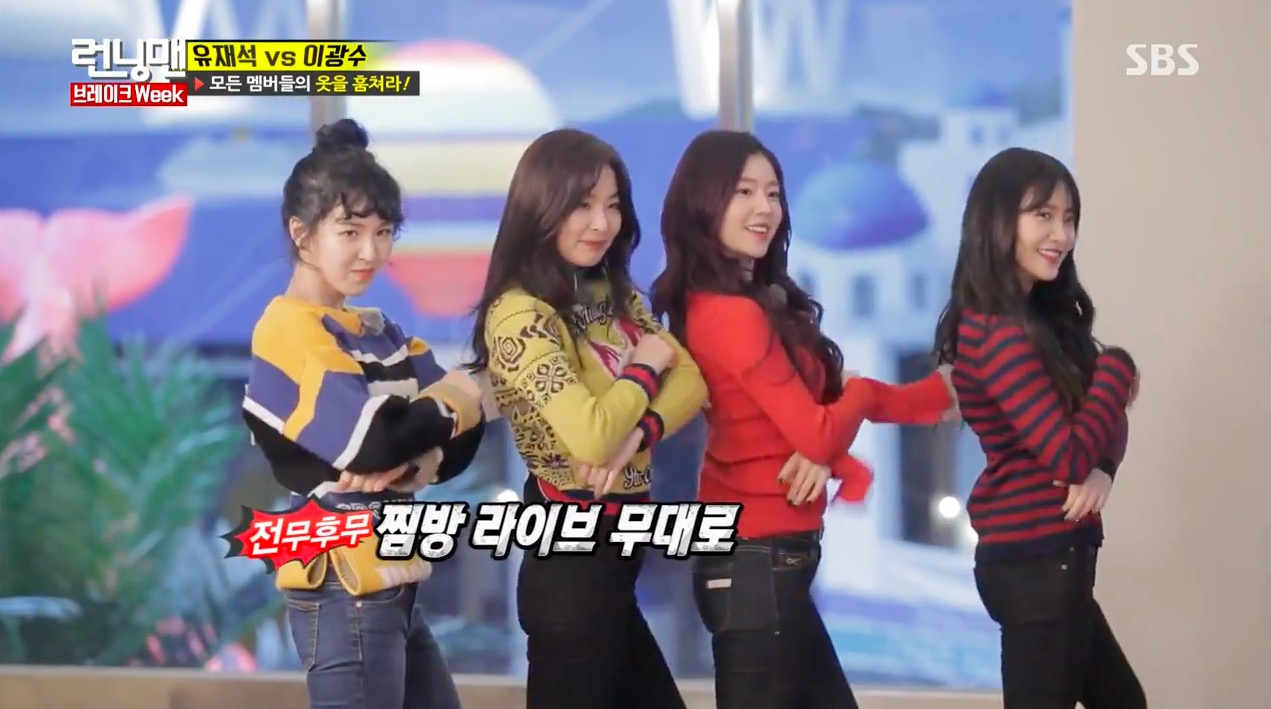 In February 12’s episode of the popular variety show, the cast members were given a mission of lying down in enclosed sleeping areas at a sauna and told that they would fail the game if they lifted their back up from the floor.

Although it sounded like a simple enough mission, the trick was that “Running Man” had enlisted Red Velvet to try to tempt everyone out of their booths!

When the show began to play a song by Red Velvet, many of the members started to get excited, with Song Ji Hyo clapping along and Lee Kwang Soo craning his head to try to see outside of his booth without getting up. 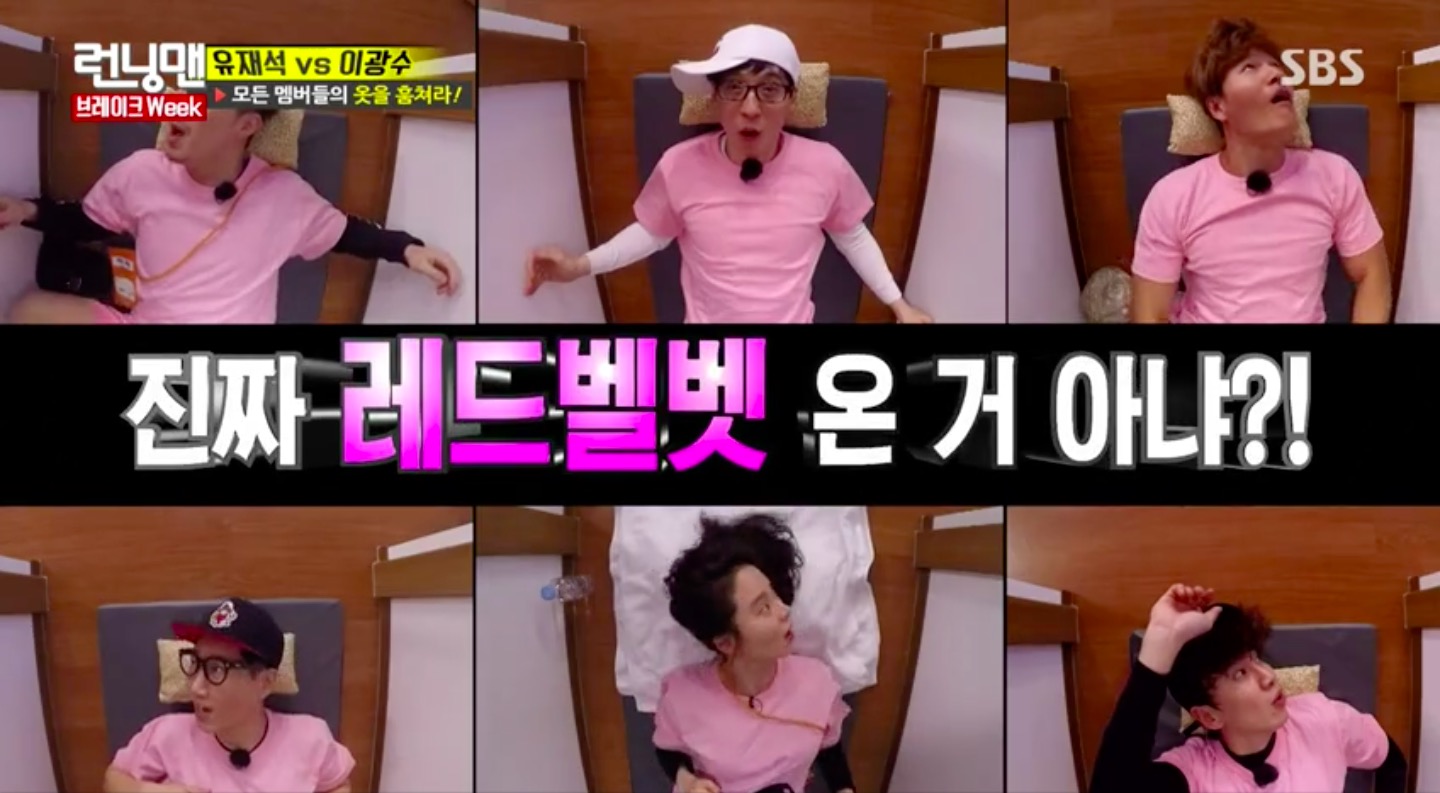 “Is Red Velvet here?” many of them yelled as they tried to see what was going on. Four members of the group (minus Joy who was busy filming her upcoming drama that day) were indeed there at the sauna, dancing just out of their view! 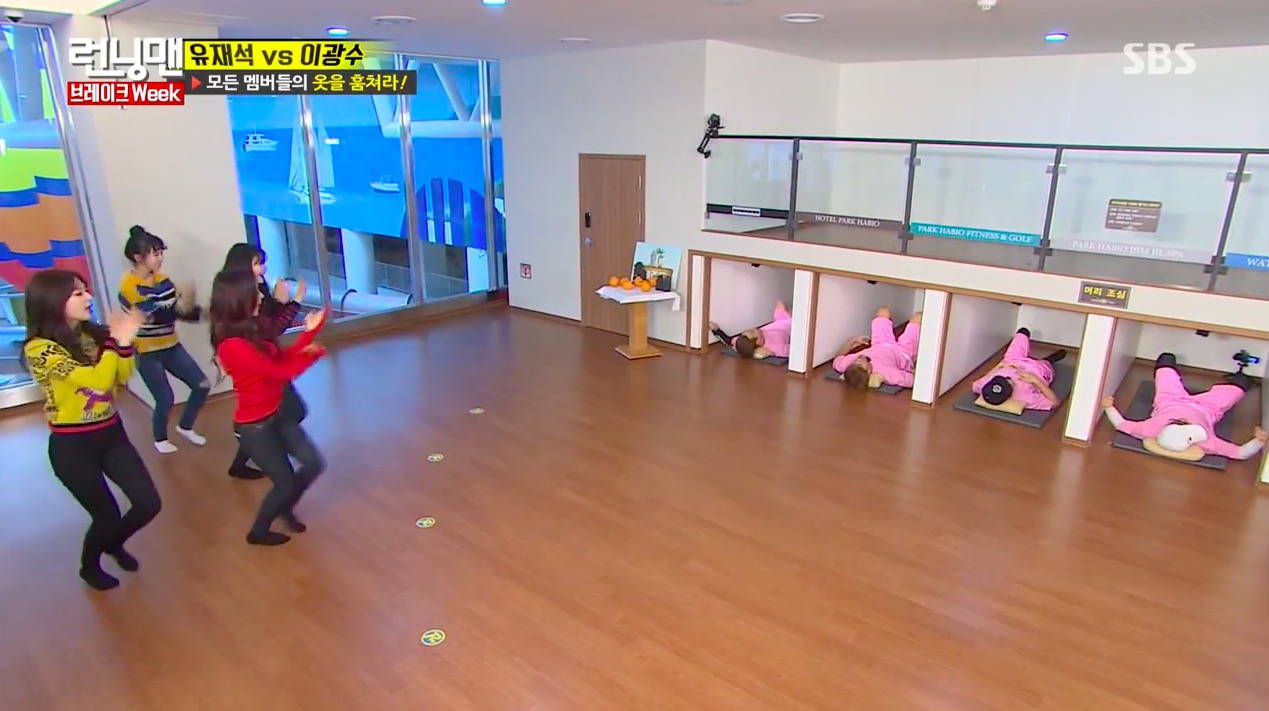 Lee Kwang Soo closed his eyes to try to restrain himself from getting up, while Yoo Jae Suk yelled, “Hey, Seulgi!” before rolling over and excitedly running over to the group to watch them perform “Rookie.”

Lee Kwang Soo then yelled at him, “Sir, I can’t see!” before giving up and getting out of his booth to meet the members too. 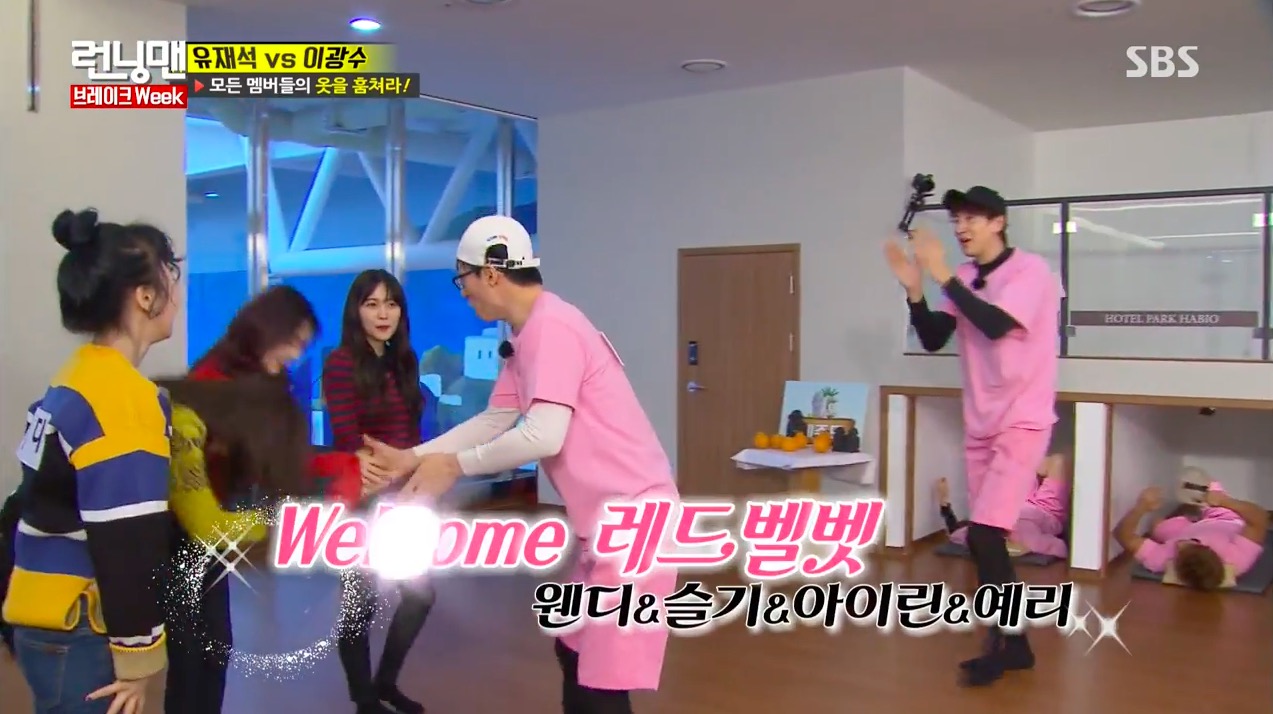 Red Velvet then played a fun game of charades with the cast! Watch their full appearance below.