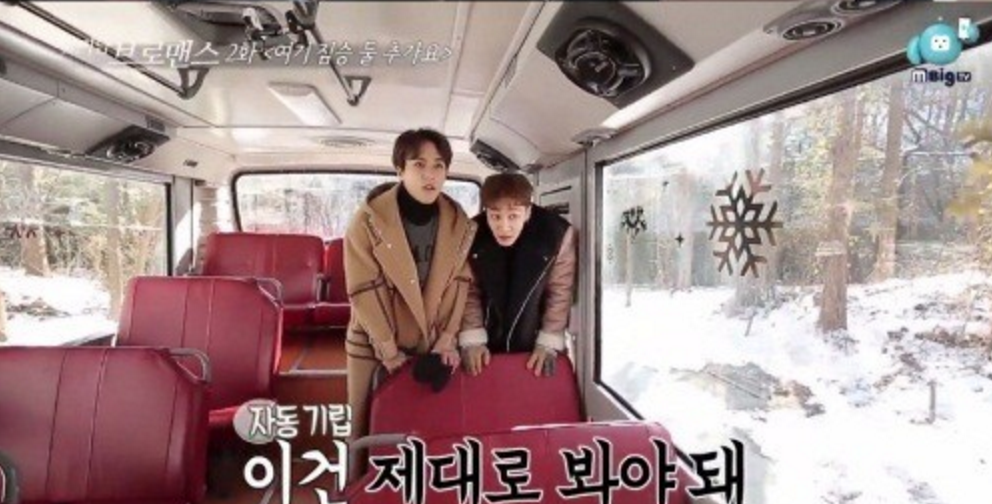 Last week the friends and groupmates shared a meal and talked about their health and the difficulties of maintaining a relationship across age differences. 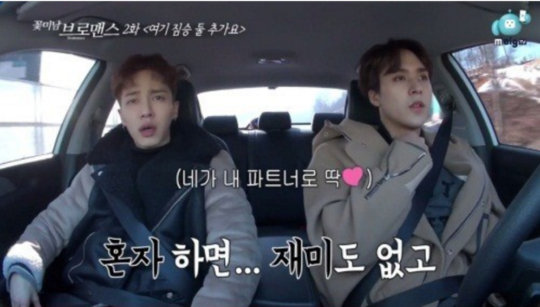 This time they headed over to a theme park. In the car ride, Lee Gi Kwang said, “In our group, I think we’re the closest. Our hobbies match well. Don’t you have a lot of close juniors that you play games with?”

Son Dongwoon said, “Even with my close juniors, we don’t go on trips together. My mindset matches well with my members.”

Chatting together like the old friends they are, they talked about their favorite (and not-so-favorite) sports like golf and bowling and tried their hand at speaking in different Korean dialects. 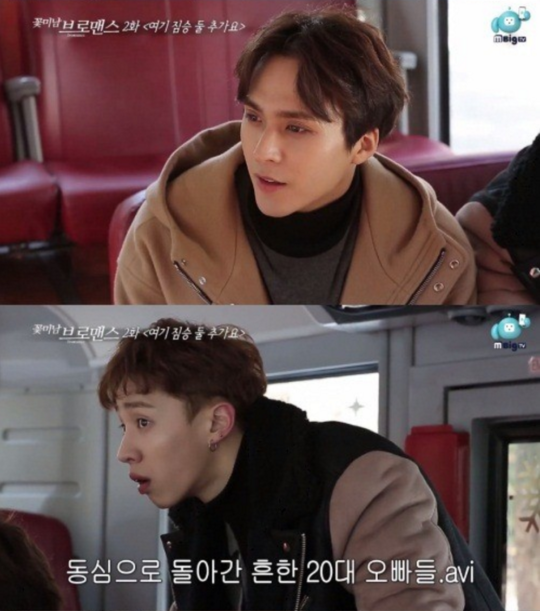 At the theme park, the first place the guys sought out was the safari. BEAST last visited a safari as a group on “Showtime: Burning the BEAST” in 2014.

“It’s been two years,” Son Dongwoon said. “The animals will recognize us, because beasts recognize BEAST.”

When they encounter the bears who obey human commands, they commented, “They’re really smart. Their skills have improved from two years ago. I want to give them some treats.”

You can watch the latest episode of “Celebrity Bromance” with subtitles through the V Special Naver V Live channel or on MBig TV’s YouTube channel when it is made available.