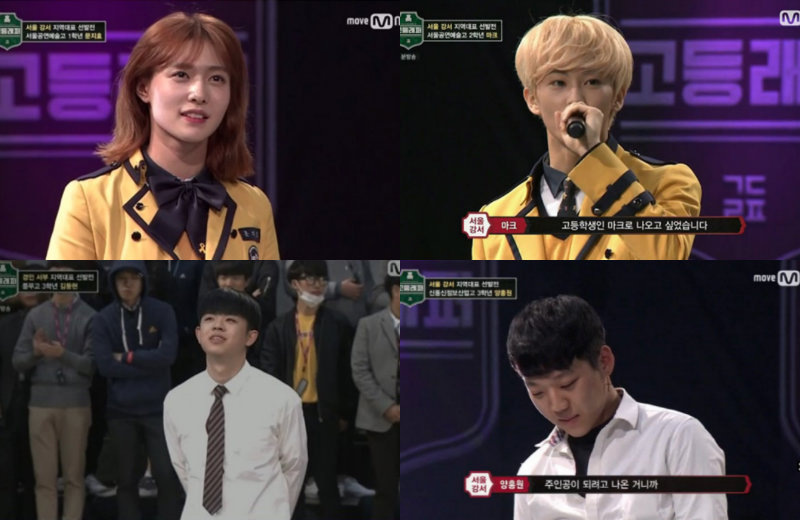 Mnet’s high school version of “Show Me the Money,” called “High School Rapper” aired its second episode on the night of February 17 KST.

MC Gree, Kim Gura‘s son and who has already debuted, competed under his real name, Kim Dong Hyun. Unfortunately, MC Gree ended up making a mistake with his lyrics, although he was not disqualified in the end. He placed fifth in the West Kyungin District. *His official performance video was not available yet at the time of publishing.

NCT’s Mark also competed and was criticized by rapper Swings on his sense of rhyme. Mark also received compliments by rapper DeepFlow, however, for his tone of voice. He placed sixth in the Gangseo District.

Moon Ji Hyo, a female student of the School of Performing Arts Seoul, had previously received a lot of attention through teasers for “High School Rapper,” becoming known as the pretty rapper with a sweet tone. However, she made a mistake with her lyrics due to her nervousness and was disqualified.

Yang Hong Won, who previously appeared in “Show Me the Money,” placed first in the Gangseo District, with 283 points. The young rapper showed confidence in his rap skills, and was also complimented by the judges.