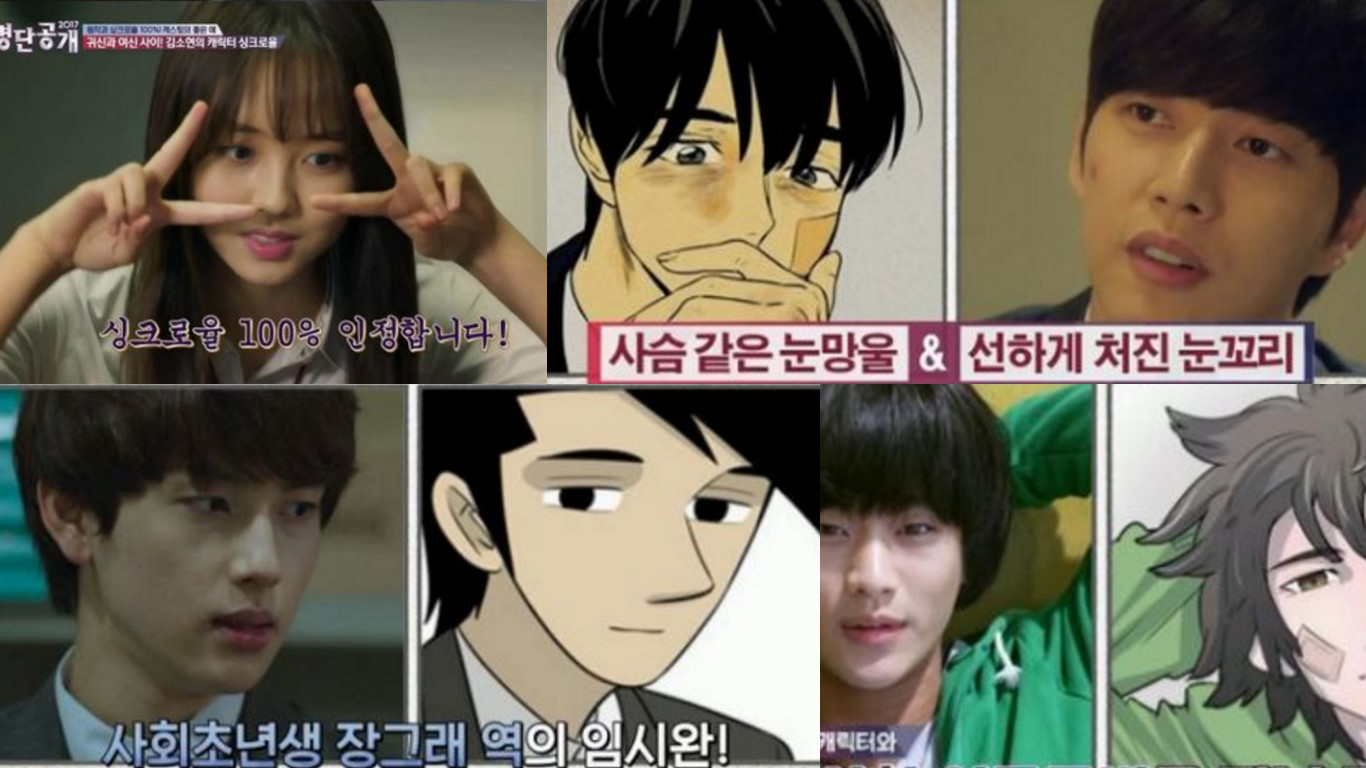 “The List” Picks Actors Who Matched Perfectly With Their Webtoon Roles

On February 20, the tvN show “The List 2017” picked eight actors who fully embodied their original webtoon characters in the onscreen adaptations. 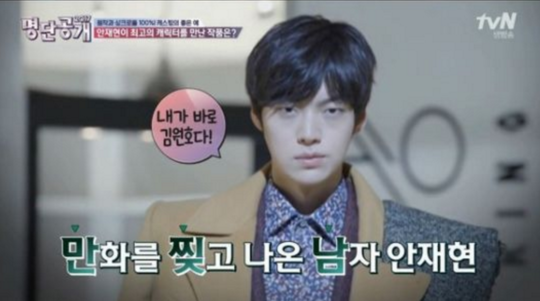 This actor is recently making headlines with his sweet antics toward wife Ku Hye Sun on “Newlywed Diary” and “New Journey to the West 3,” but he made his first onscreen debut in the film adaptation of the webtoon “Fashion King.” His model-like height and good looks made him a perfect fit for the king of the school, Kim Won Ho. 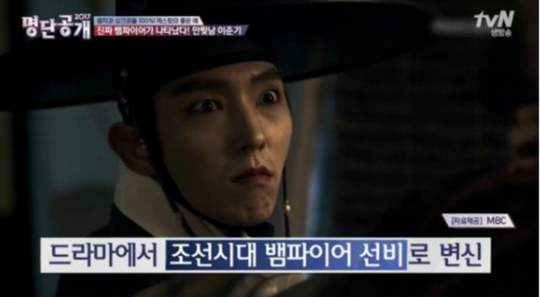 Lee Joon Gi was hugely popular in his role as the titular Joseon-era vampire in “Scholar Who Walks The Night.” Although historical fantasies can present a challenge to actors, Lee Joon Gi fully committed to his role and secured his ever-growing fanbase due to his portrayal of the key character. 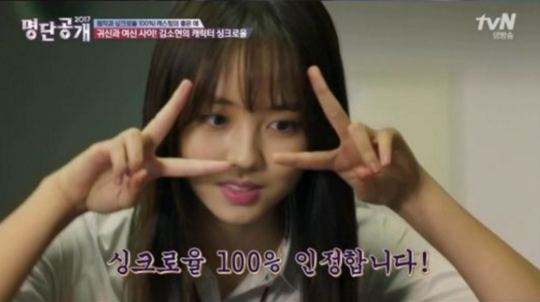 Although Kim So Hyun gained attention recently for her performance as the young queen of Goryeo in tvN’s “Goblin,” she also starred in the 2016 drama “Bring It On, Ghost.” The popularity of the original webtoon and Kim So Hyun’s commitment to her character, including in the action scenes, garnered her No. 6 on the list. 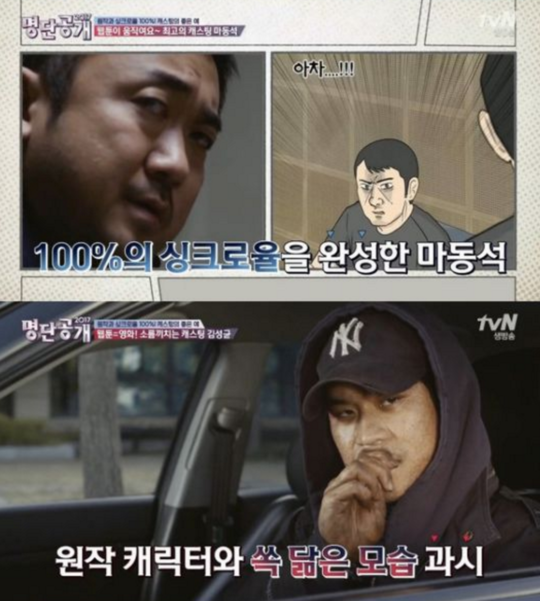 These veteran actors took the tie for the movie adaptation of webtoon “Neighbor,” where Ma Dong Seok was noted for synchronizing well with his character in both looks and performance. Kim Sung Kyun played a serial killer in the same movie to equal acclaim. 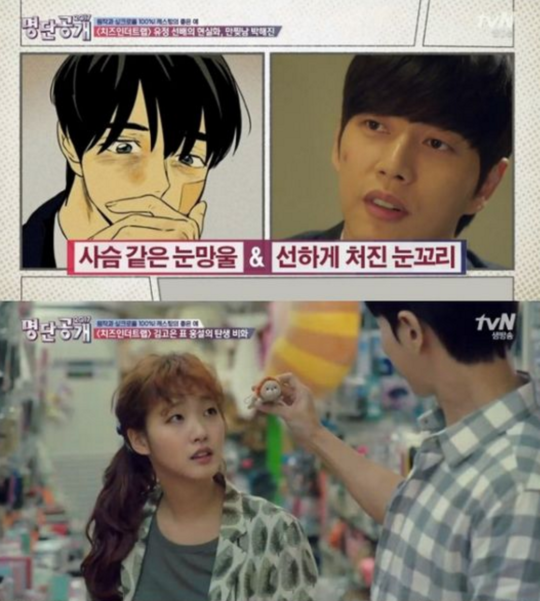 These two actors showed off their chemistry as the leads in tvN’s “Cheese in the Trap.” Park Hae Jin’s embrace of the role was so perfectly in sync that he will be playing the character again in the upcoming film adaptation. Meanwhile, “Cheese in the Trap” put Kim Go Eun, a previously respected but little-known actress, on the map, from which she would go on to star in hits such as “Goblin.” 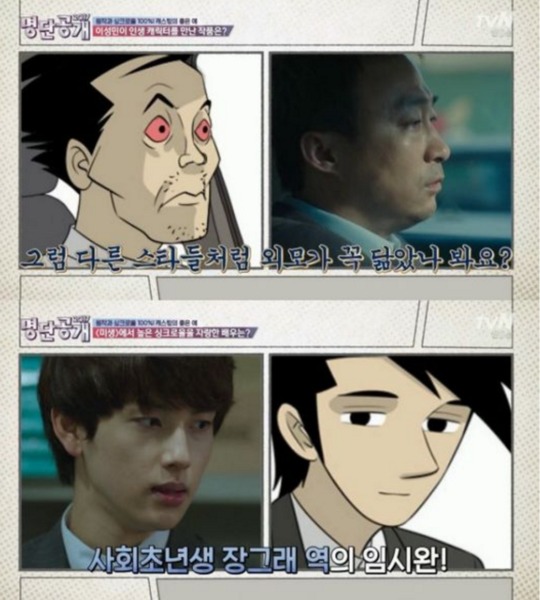 One of tvN’s early and most surprising hits, these two actors moved audiences in the highly relatable drama adaptation of “Incomplete Life (Misaeng”). Lee Sung Min’s performance was a worthy addition to his veteran career, while idol actor Im Siwan would go on to be cast in many other high-profile projects as a result of his work in the drama. 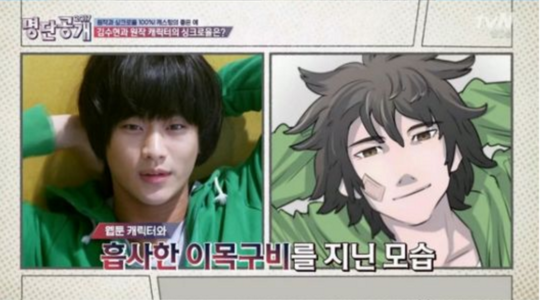 Even before “My Love From the Star” propelled him to Hallyu stardom, Kim Soo Hyun had built up popularity in roles like in the 2013 action-comedy film adaptation of “Secretly, Greatly,” where he played a North Korean spy posing as the village idiot. 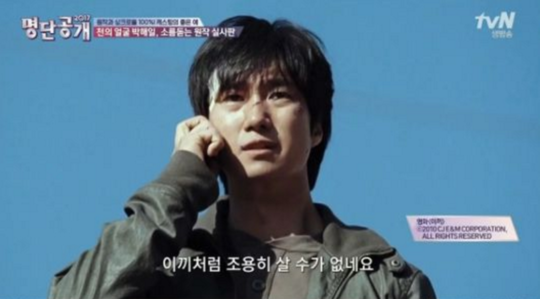 The top spot went to Park Hae Il, who played a corrupt detective in the 2010 film adaptation of the mystery thriller webtoon “Moss.” His commitment to his performance in the film, which followed his character from high school to old age, made him a perfect fit for the lead role.