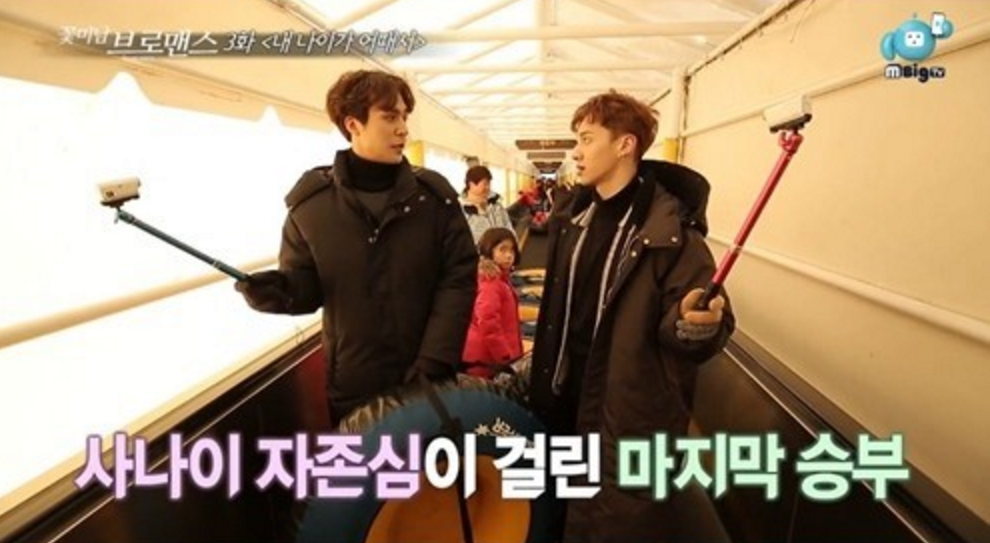 On the February 21 episode of “Celebrity Bromance,” BEAST’s Lee Gi Kwang and Son Dongwoon returned to childhood pastimes with a winter sledding competition! 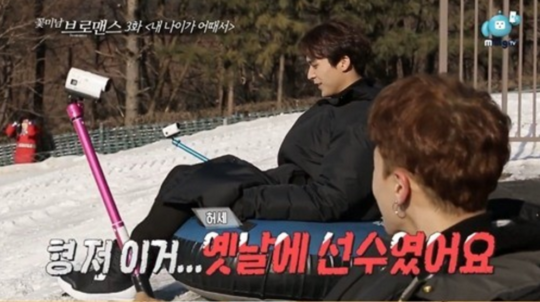 Although they first enjoyed the winter day, the two guys soon became competitive with who could race the fastest. Lee Gi Kwang challenged Son Dongwoon, saying, “No matter what you do, you can’t beat me,” and Son Dongwoon answered, “I was like an athlete at this when I was young.” 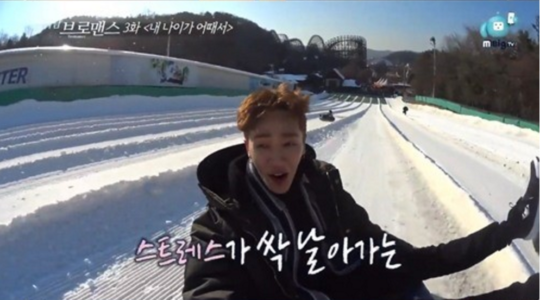 The first win went to Son Dongwoon, to Lee Gi Kwang’s disbelief. Naturally, the two had to have another round, with Lee Gi Kwang arguing the first was just a dress rehearsal. With Lee Gi Kwang’s second loss, however, he had to take the punishment of a flick to the head from his younger groupmate.

You can watch the episode with subtitles on Naver V Live.