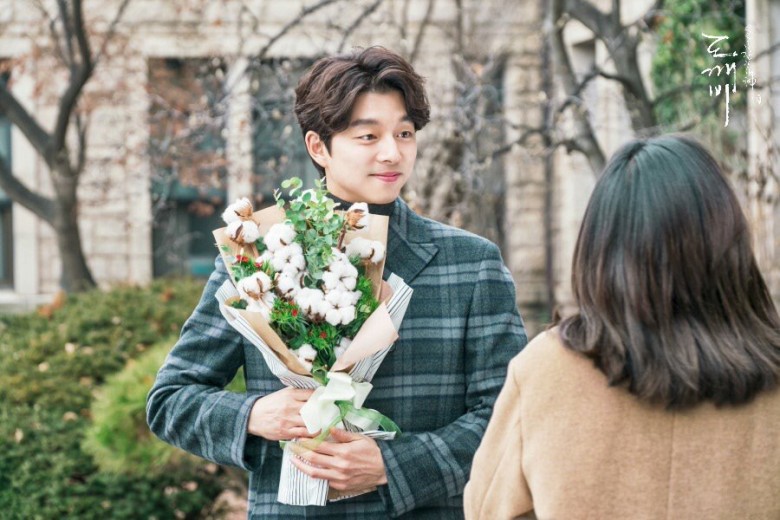 6 Of The Most Beautiful K-Drama Proposals Of All Time

Although Valentine’s Day, or as I prefer to call it “Singles Appreciation Day,” is long over, that doesn’t mean we have to stop celebrating love. What is a better representation of love than the proposal? The act of asking someone to commit their entire life to you.

So let us take a look at some of the best proposals we’ve seen from K-dramas, an industry that has ruined the idea of romance for the rest of us. Ladies and gentlemen, take notes so your partners don’t end up disappointed! 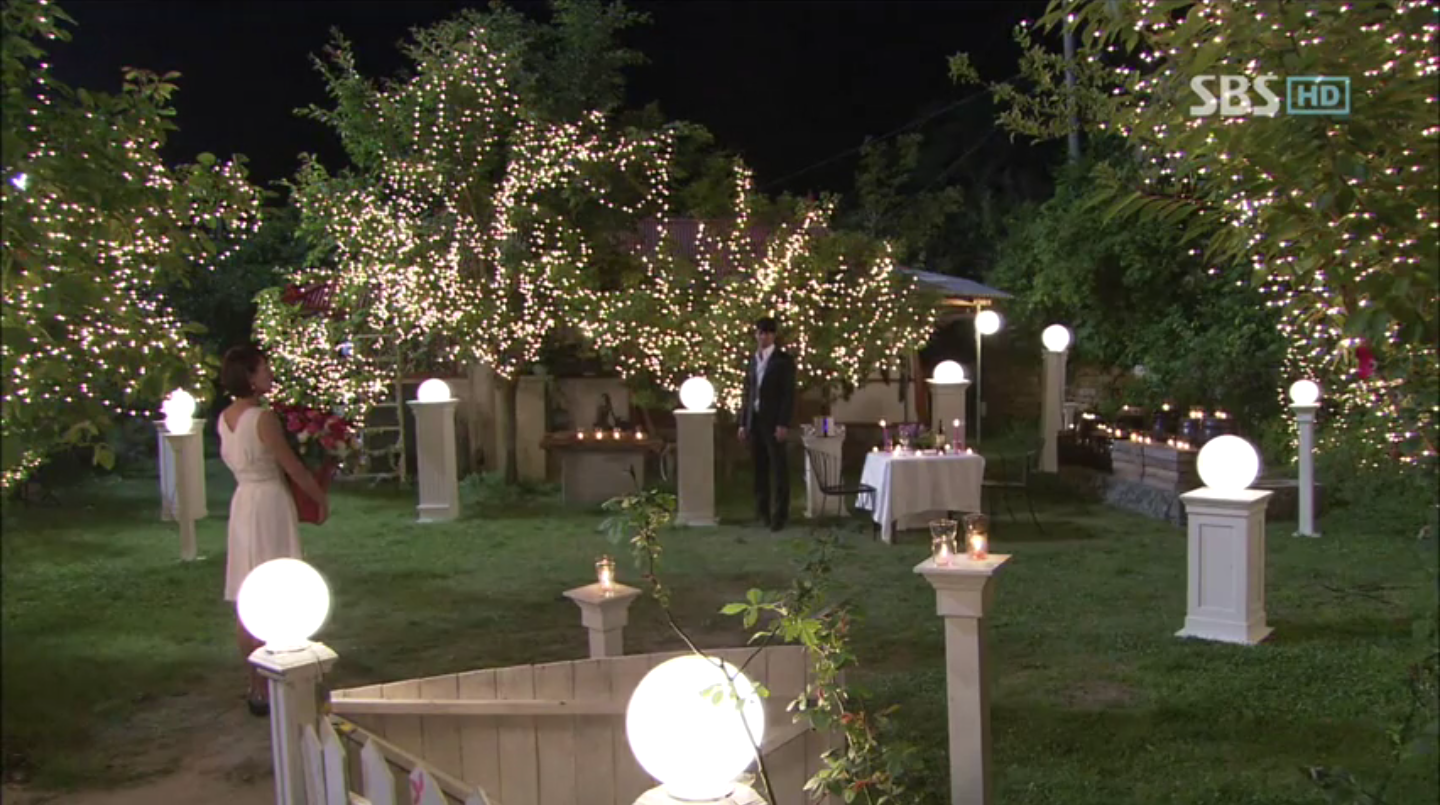 After many obstacles, Jo Gook (Cha Seung Won) is able to ask Mi Rae (Kim Sun Ah) to be his wife in what is one of the most beautifully executed proposals ever. Walking down a dimly lit country road, lamp posts turn on one by one, leading Mi Rae to a basket of flowers. As she carries those flowers to her house, she is greeted by Jo Gook and a candle-lit table in the middle of her front yard. With the flip of a switch, the trees light up in what can be best described as wonderland. The two slow dance and then in the most swoon worthy worded way possible, Jo Gook asks Mi Rae to marry him: 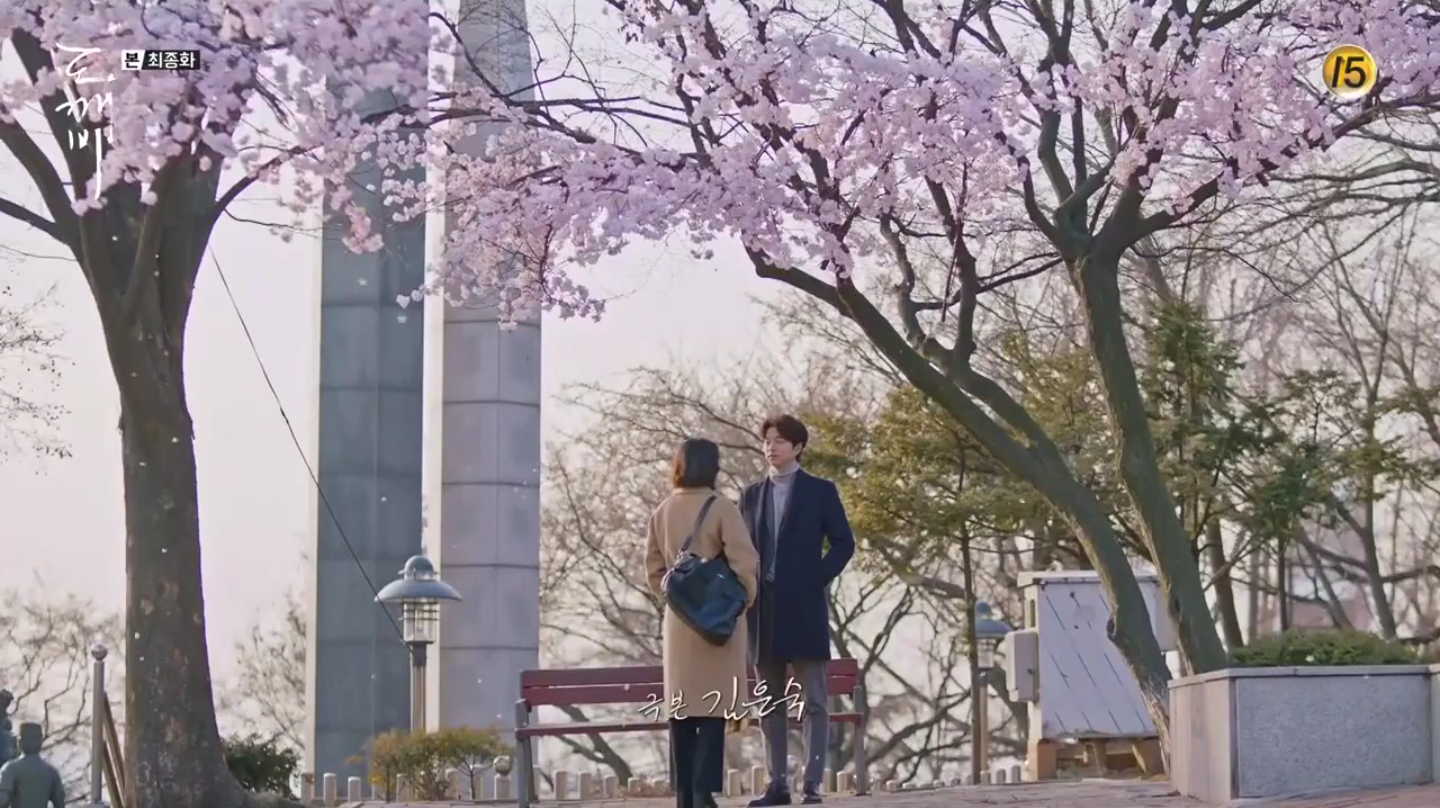 A core premise of this show is the idea that the titular goblin (Gong Yoo) must find his bride in order to end his cursed fate of immortality. The goblin’s bride (Kim Go Eun) thus becomes less of a romantic notion, but a means to an end. However, once the goblin is able to admit that his destined bride is in fact his first love, he asks her to marry him, not because the gods have deemed it to be so, but because he loves her and wants it to be so. He asks her to marry him, not as a goblin, but as his true self, a man of Goryeo. He laid himself bare for her, shedding all the external facades, and asked her to be his first and last bride. 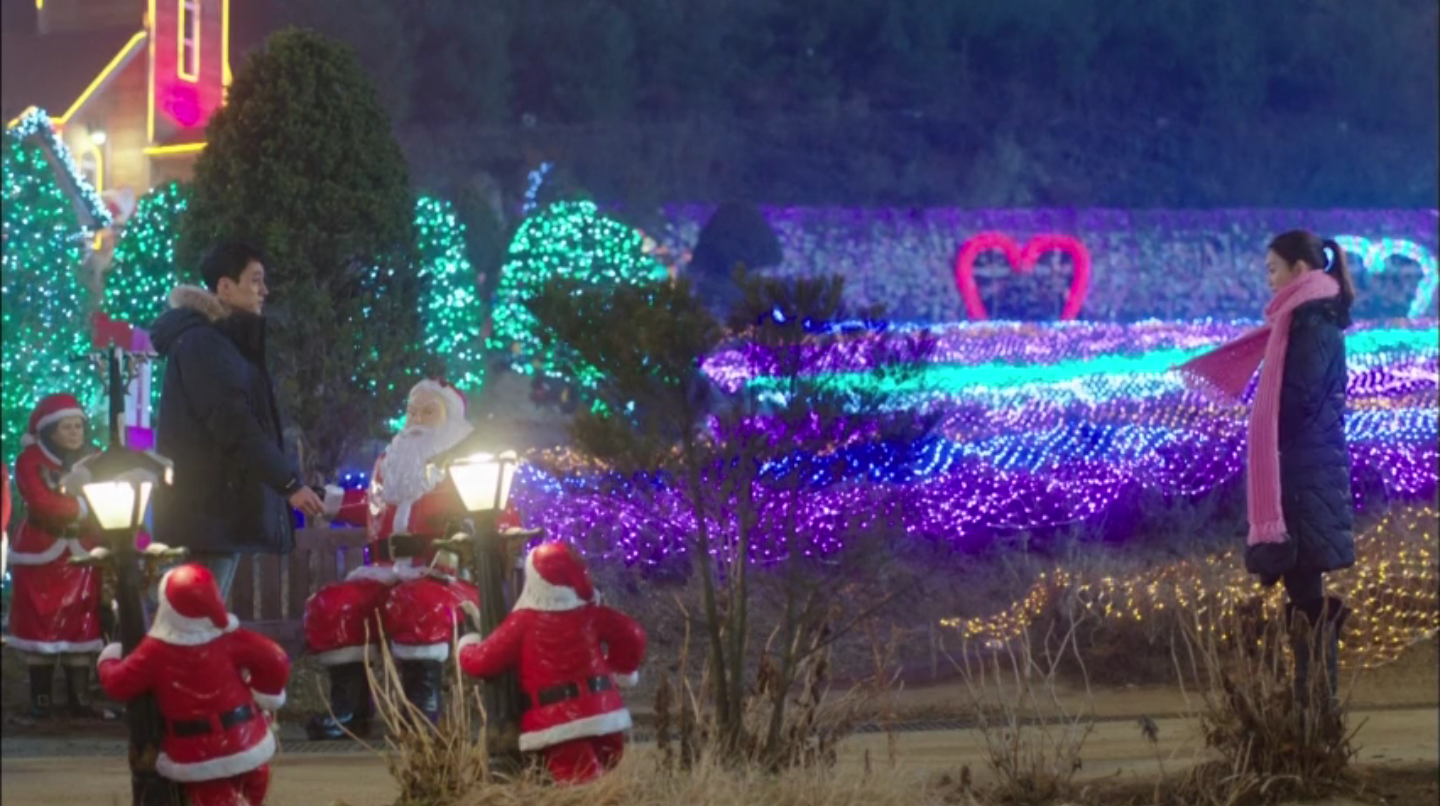 The scarf proposal! This proposal is one of the sweetest. When Young Ho (So Ji Sub) picked up the little ball of yarn on the end of the scarf he gave Joo Eun (Shin Min Ah), we all knew something great was about to happen. As the ball unfurled, a ring emerged, dangling on a single string of yarn. The image of the “Red” String of Fate tying the two together is hard to miss. As Joo Eun reached for her ring, Young Ho lowered the string, making the ring slide down to him so he could put it on her finger himself. Honestly, this proposal could have passed as a commercial for a jewelry company. 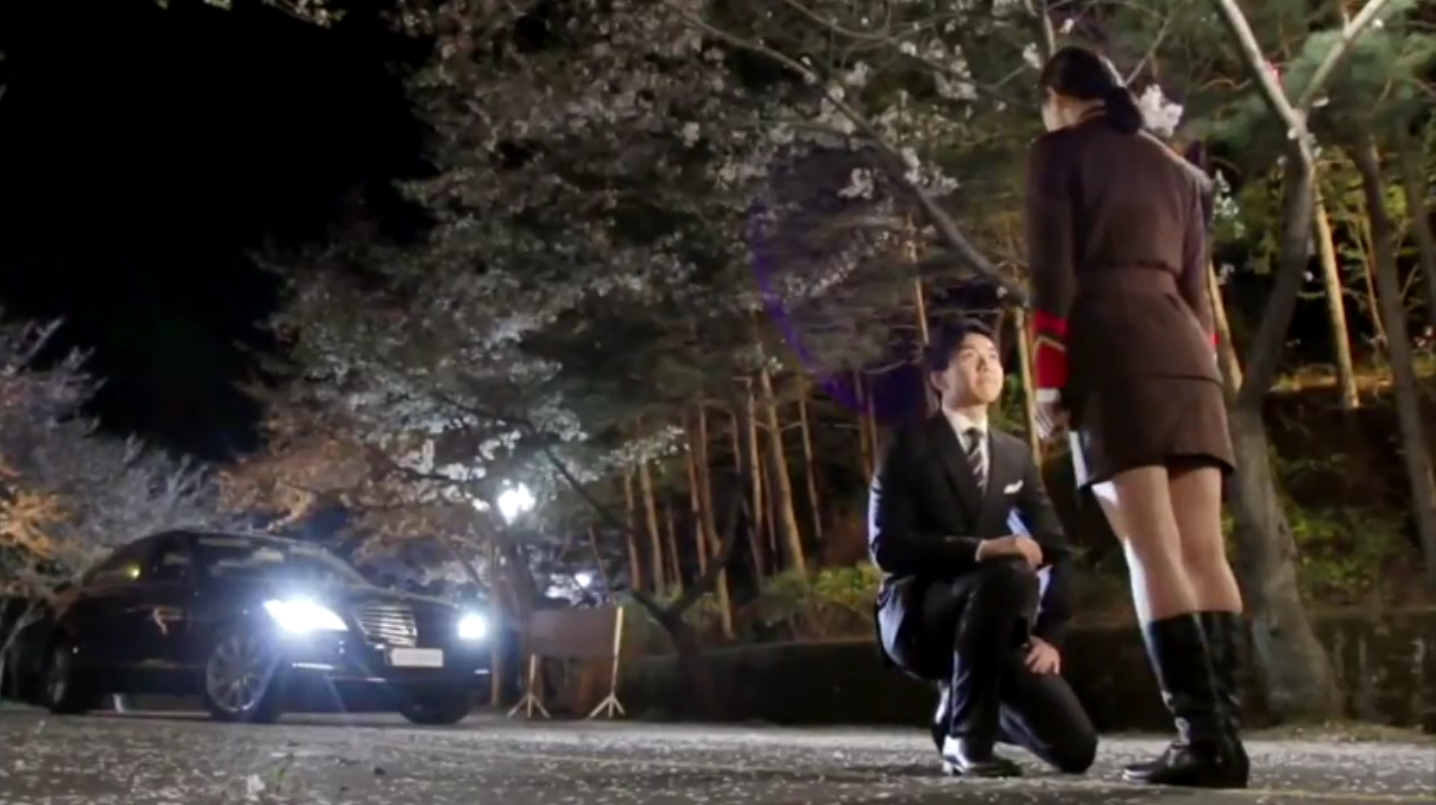 We can all admit that Korean dramas have a *slight* obsession with cherry blossoms. If it’s cherry blossom season, you best believe that they will make an appearance in the show, and in the case of “The King 2 Hearts,” they served as a gorgeous setting for a king’s (Lee Seung Gi) proposal to his queen (Ha Ji Won).

“Every single morning I will give you a kiss. As revenge.

Every single day, I will follow you like a stalker, and buy you everything you want. I am never going to cheat on you. You’ll be the only one in my eyes. From now on, not a single tear will I ever cause.

In the whole world, I’ll pamper you and make the you the happiest queen. And until the day I die, to the point of disgust, I’m only going to love you. As revenge.

Can you handle it? My royal queen? Right now, I’m formally proposing to you.” 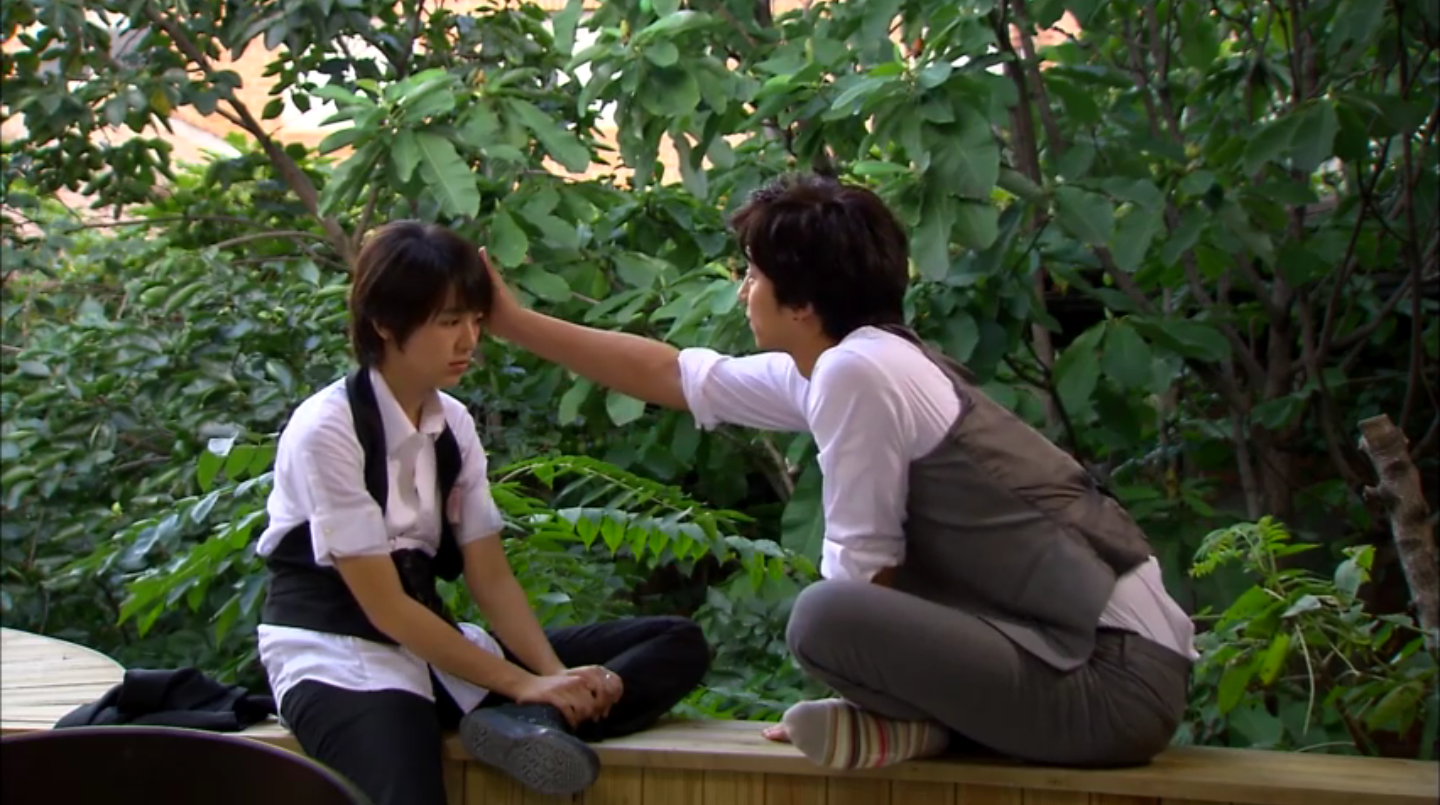 “Although we’re apart right now, later…when you make your first kimchi, when you hold the hand of your first child, when they go off to school, when you marry off our kids…ah, proposing is so embarrassing.”

Don’t we all enter marriage with the hope that we will spend all of the those special life milestones with the person we love until our hair turns white? With these simple and sweet words, Han Gyul (Gong Yoo) is making it clear that all he wants is the ability to share those simple pleasures of life and marriage with Eun Chan (Yoon Eun Hye). 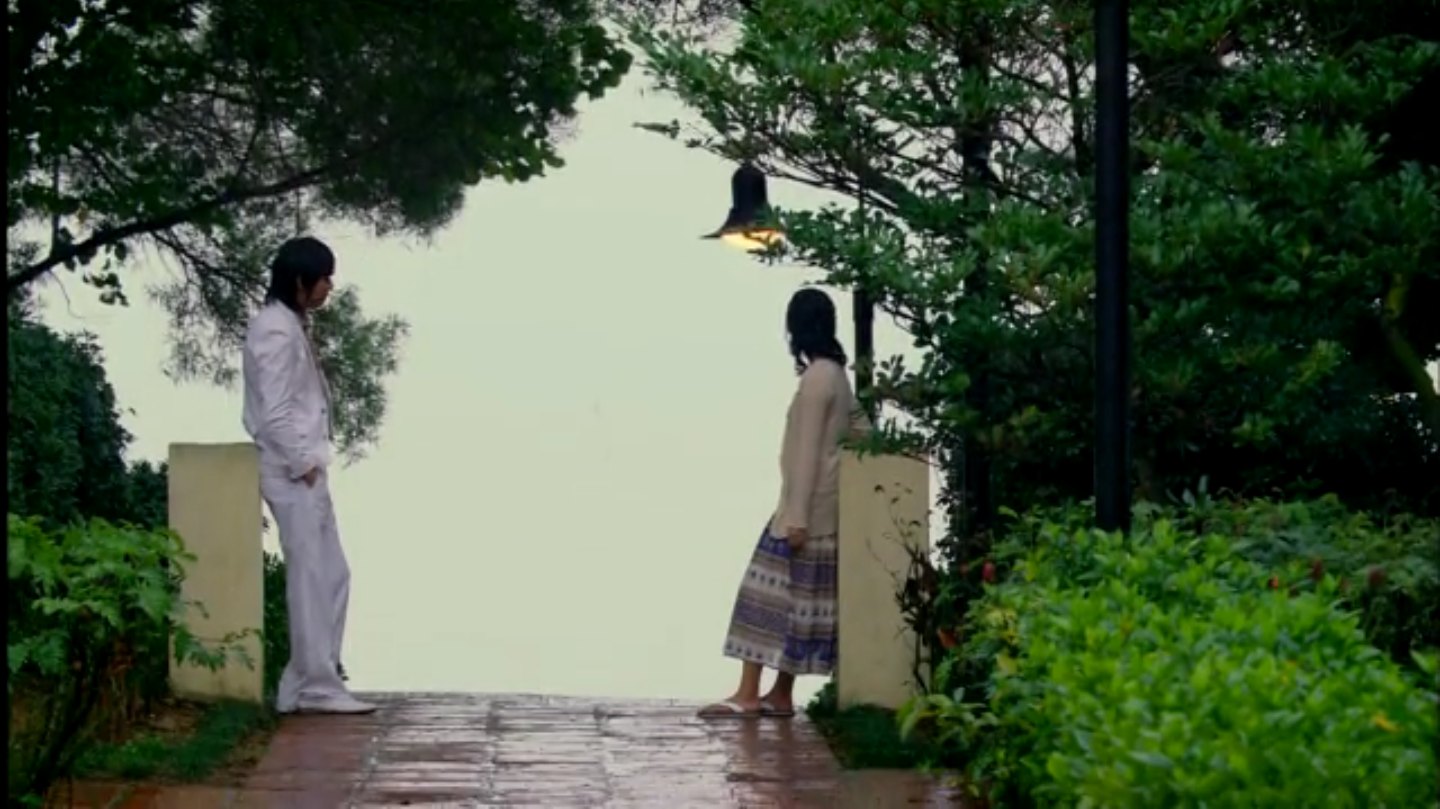 “Let’s get married…Instead of an arranged marriage…I’m proposing to the girl I want to spend the rest of my life with.”

Two youths thrown together against their will because of a promise made by elders is not the ideal way to start a marriage. However, as they grow and mature together, they realize that they do in fact want to spend the rest of their lives together. Making a choice, Shin (Joo Ji Hoon) puts his heart out there to ask Chae Kyeong (Yoon Eun Hye) to be his wife, this time because of love. The proposal by Shin was great, but the way Chae Keyong accepted the proposal was even better by pretending that her scarf was stuck and asked her husband to untie it for her just to reveal the engagement rings, signaling her acceptance of his confession.

Which K-dramas do you think had the best proposals? Share in the comments below!