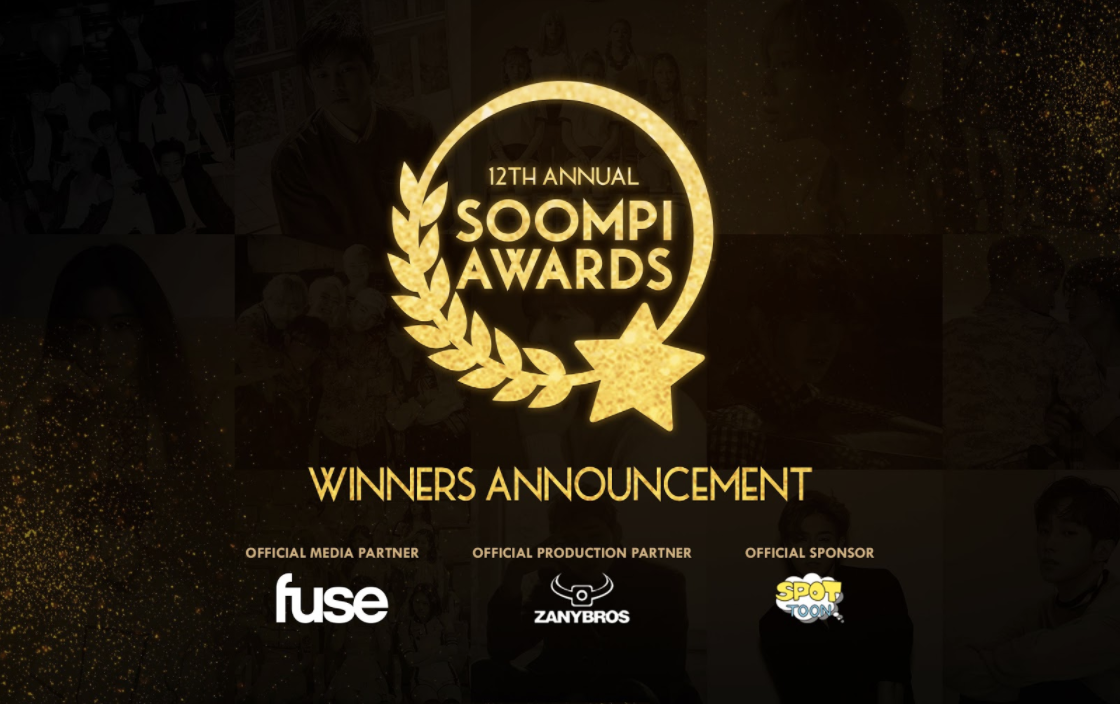 Announcing The Results Of The 12th Annual Soompi Awards!

Every year, we are able to say that this year’s Soompi Awards is the most exciting yet, and the 12th Annual Soompi Awards continues that trend.

We received nearly 100 million votes from 139 countries – more than double the number of votes from 2015! With K-pop continuing to grow in popularity, we’re so happy to see how much the fandom has exploded in the past year. We also partnered with some pretty big names like Fuse and ZANYBROS to bring Soompi Awards to an even larger audience.

Fuse exclusively announced our “Fuse Music Video of the Year” winner here and ZANYBROS produced our winners announcement video. We also have a special version of The Kraze magazine on sale soon to celebrate all the winners from this year’s Awards.

Fans were able to cast their vote through our official Soompi LINE account and at Soompi.com/awards for 29 categories from December 19, 2016 to January 16, 2017. Voting for our “Best Fandom” category occurred exclusively on Twitter.

Our music awards are based on votes by international fans and our own Soompi Music Chart. Our chart is the ultimate litmus test for popularity outside of Korea, taking into account both official Korean rankings and the rankings of artists on the Soompi site to accurately gauge the international popularity of the top groups. Our drama awards are based purely on the votes of passionate drama fans.

2016 marks the third year that we’ve had our “Best Fandom” category on Twitter and we received a mind-boggling number of votes! During two 24-hour sessions, fans could support their favorite group with the hashtag #Team____. Many of these fandom hashtags trended worldwide, including #TeamGOT7, #TeamSNSD, #TeamEXO, and more. #SOOMPIAWARDS also trended worldwide, proving once again that Soompiers are some of the most dedicated and amazing K-pop fans out there!

This year we also presented the “Hallyu Special Award” to ZANYBROS, the leading Korean production studio, to honor their contributions to the popularity of Korean entertainment abroad. ZANYBROS has been the mastermind behind hundreds of hit music videos, including: Girls’ Generation’s “Lion Heart,” EXO’s “Overdose,” BEAST’s “Shock,” Super Junior’s “Sexy, Free & Single,” BTS’s “We Are Bulletproof Pt. 2,” and more. Since their founding in 2002, ZANYBROS has brought many of the top K-pop songs to life and created global viral sensations.

We’d like to thank everyone who made the 12th Annual Soompi Awards possible! First, you fans were amazing with all of your support and voting. You helped us reach nearly 100 million votes – a milestone! A special thanks also goes out to Edward, the creator of the Soompi Music Chart and organizer of the awards for the 12th year!

Now – enough talking and let’s get to the good part! Here are the winners and acceptance speeches. Remember to turn on the captions for the English subtitles. 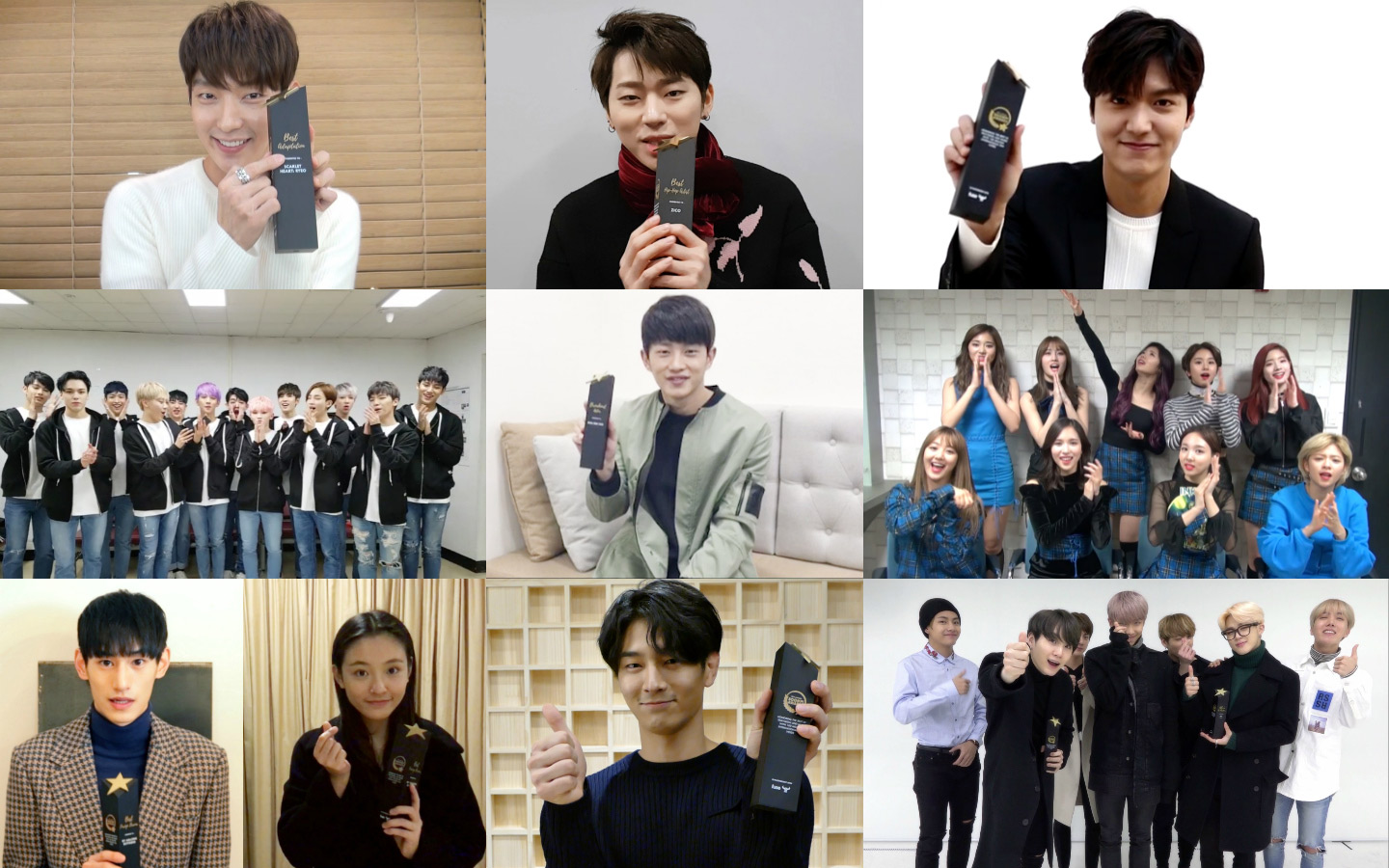 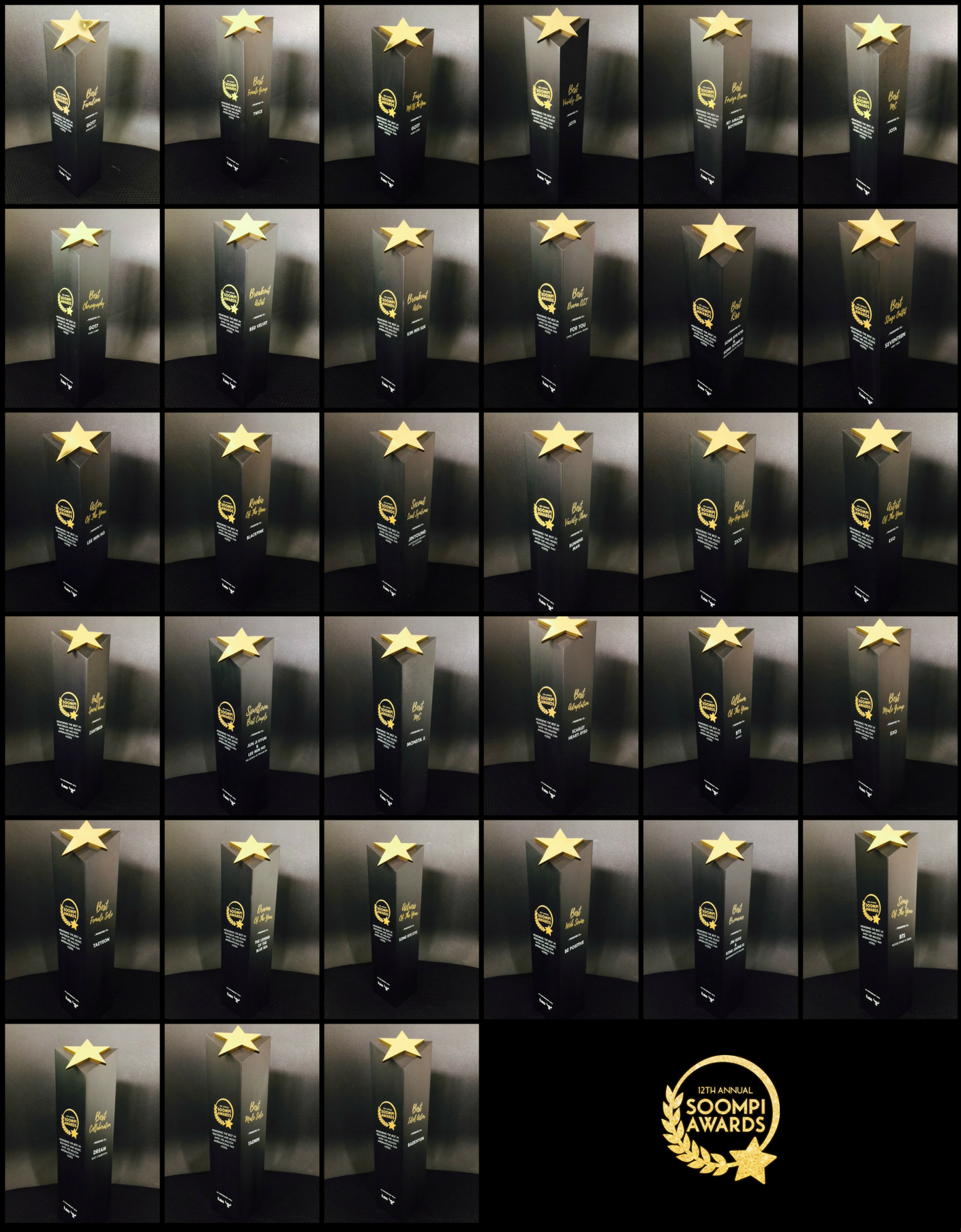