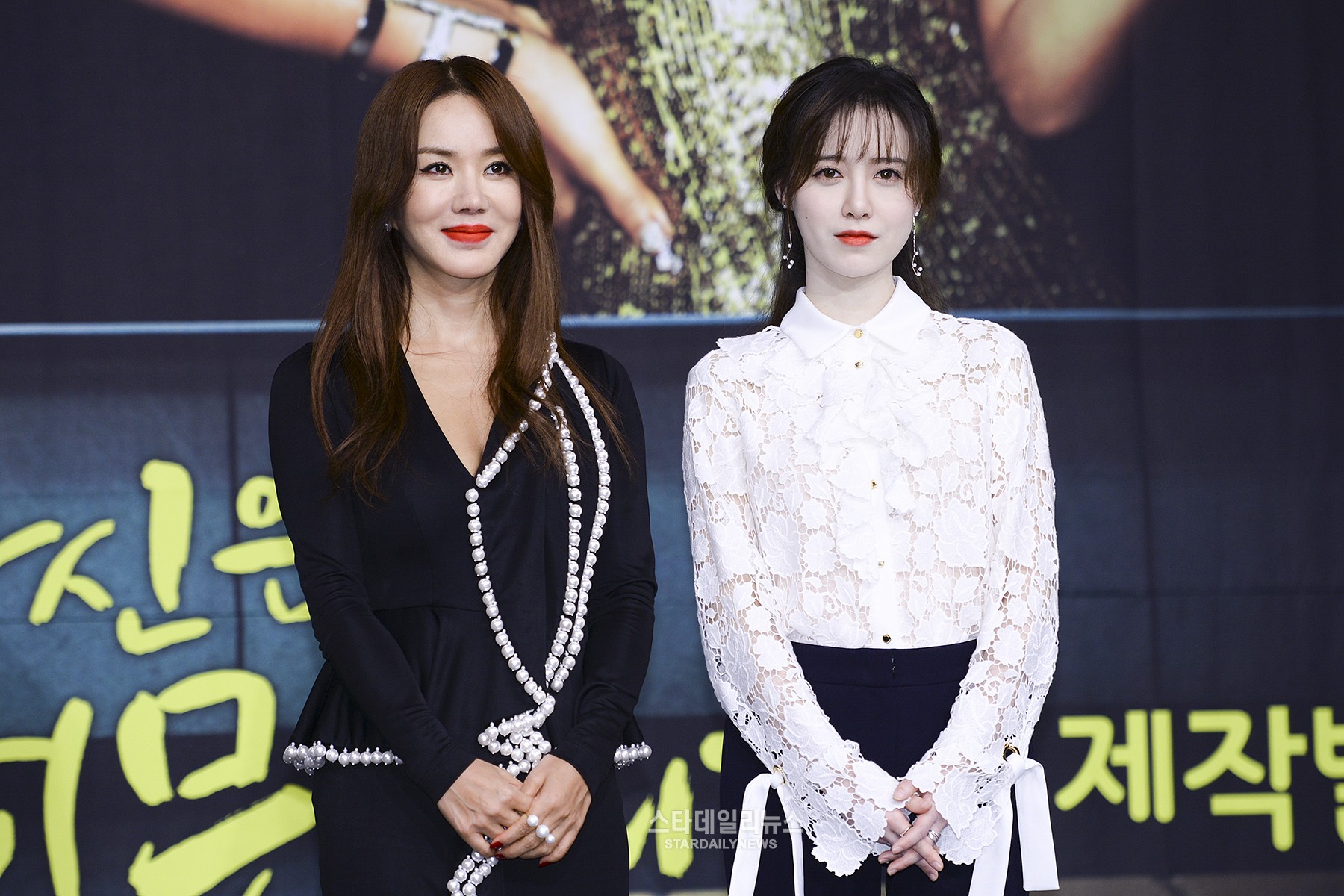 During the press conference for the upcoming drama “You’re Too Much” on February 28, the actresses spoke up about the possible competition between them.

Since there are so many actresses playing important roles in this drama, a question came up that asked if there is any tension between the actresses themselves.

Ku Hye Sun smiled and answered, “I didn’t get to meet all the actresses during filming yet. There is no tension at all while filming.”

Uhm Jung Hwa agreed and added, “We can’t compete with each other because I melt every time Ku Hye Sun looks at my eyes, and I start laughing. There may be a competition of good will, but I believe that kind of competition is a good one.”

Son Tae Hyung also expressed her thoughts, “There is a scene where I clash with Uhm Jung Hwa, but I haven’t filmed with Ku Hye Sun yet. There is no tension between Uhm Jung Hwa and I since I’ve known her since I was young. Actually, I have much to learn from her.”

“You’re Too Much” is a 50-episode drama about a famous singer named Yoo Ji Na (played by Uhm Jung Hwa), who gave up her family for fame, and her impersonator named Jung Hye Dang (played by Ku Hye Sun).

Ku Hye Sun
Star Daily News
Son Tae Young
Uhm Jung Hwa
You're Too Much
How does this article make you feel?