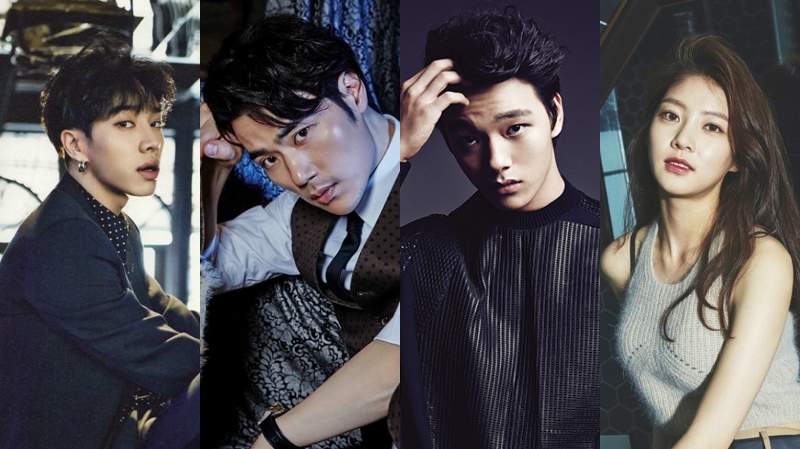 On March 3, a press release from tvN stated, “Yeo Jin Goo and Kim Kang Woo have been confirmed for the role as the main character and they have entered pre-production. Lee Gi Kwang and Gong Seung Yeon have also been confirmed for roles.”

“Circle” will have two actors for the lead role, as the narrative will take place in both the present year of 2017 and in 2037 as well. Yeo Jin Goo will play the role of Woo Jin in the year 2017 as a college student while Kim Kang Woo will play the same character in the year 2037 as a homicide detective.

Lee Gi Kwang will take on a role as a public servant in the year 2037 and will mainly be interacting with Kim Kang Woo in the drama. Gong Seung Yeon was previously confirmed to be playing the role of Jung Yeon, a woman who goes to the same college as main character Woo Jin.

Meanwhile, Highlight has been teasing their highly anticipated “debut,” which has been confirmed for March 20, and recently released their promotion schedule for their new album.