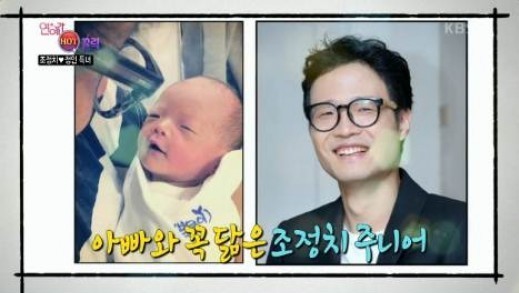 Jo Jung Chi has provided a few new updates about his newborn daughter!

During the episode of KBS 2TV’s “Entertainment Weekly” that aired on March 4, Jo Jung Chi gave a short interview to update fans about his wife, Jung In, and their daughter.

Jung In had previously said that she hopes their future children look like Jo Jung Chi. Regarding this, he joked, “Be careful of the words you put out into the world. Our child is a girl, but she looks just like me.”

He also added, “Jung In is recovering well, and the baby is having no problems eating, sleeping, and crying. Personally, I hope our child grows up to be an athlete like Kim Yuna.” 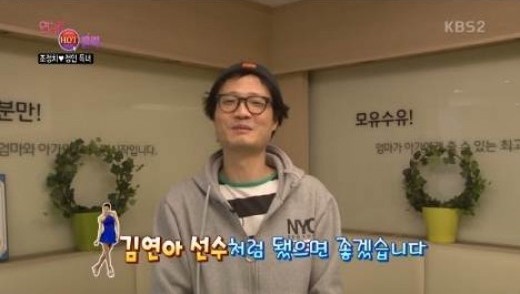 The singer also uploaded two hilarious photos regarding his daughter, with the first showing Jung In taking a photo of their child. Getting a good angle requires her to lean the phone against Jo Jung Chi’s chin, and he writes in his Instagram caption, “Hey, can’t you see that there’s a person here?..”

He also shared a funny conversation he had with his mother. They had been talking about how his daughter is growing by the day when his mother said, “If she looks like my son, then she could be Miss Korea [because she’ll be so pretty].” He captured the moment he was typing out his reply, “Mom.. That’s enough now…” He captioned this conversation with the hashtags, “#A grandmother’s love #Lies #Overreacting”

His daughter is absolutely adorable and it’s good to hear that both Jung In and the baby are doing well. Hopefully, we’ll get to know her name pretty soon!

Entertainment Weekly
Jung In
Jo Jung Chi
How does this article make you feel?