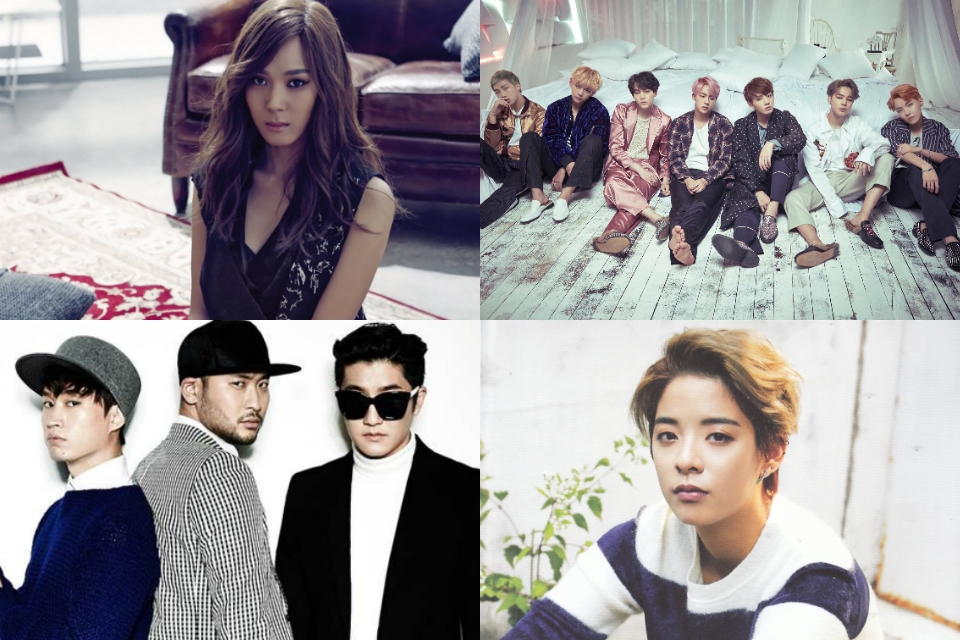 These days, it seems like the most common theme found in music is love. So many songs are about 1) having a crush on someone, 2) being in love, or 3) breaking up.

Love is a beautiful thing, but if you’re looking for music that’s about something other than romance, check out this sampling of songs from Korean artists who used their music to deliver a powerful social message:

Yoon Mirae has released some gorgeous drama OSTs lately, but before those beautiful ballads for “The Legend of the Blue Sea” and “Descendants of the Sun,” she built up a reputation as one of Korea’s best female rappers. Check out her powerful song “Black Happiness,” a song about learning to love herself and rising above racism and discrimination.

Amber of f(x) has always stood up for herself and spoken out against discrimination when people ask her questions about her gender and style. Her solo tracks, such as “Beautiful,” reinforce that message of self-love and individuality.

It’s pretty impossible to choose just one song from Epik High, as the hip-hop group is well known for tackling social issues in their music. But since we can’t include them all, check out “Lesson 5 (Timeline),” a song about the increasingly blurred lines between truth and lies, right and wrong in today’s society.

The title says it all: in an industry where so many female pop songs are about trying to get a boyfriend, this song by miss A is all about strong women who are just fine on their own.

Did you know that behind the flashy choreography and catchy beat of EXO’s debut song, there are some powerful lyrics about the lack of meaningful connections in today’s internet-driven society? (“We have voluntarily trapped ourselves in a smart prison / We base our personalities in a digital world made of 0s and 1s”…)

Speaking of debut singles, here’s a throwback to the 90s, when legendary group g.o.d made their debut with the song “Dear Mother.” Single mothers face severe stigma in Korean society even today, but this song honors the sacrifices of hard-working single mothers. Many artists have performed covers of this song, and it remains quite popular even after all these years!

BTS – “Can You Turn Off Your Phone”

BTS has also gained attention for tackling social issues in their music. In this song, they offer their take on smartphones and the way that technology has diminished face-to-face communication.

Lyric-wise, this might sound like just another breakup song to some listeners — but it’s the music video and its twist ending that really made waves. If you haven’t seen this music video, watch it now — and make sure you watch all the way to the end!

Soompiers, what are your favorite Korean songs that have a powerful social message?