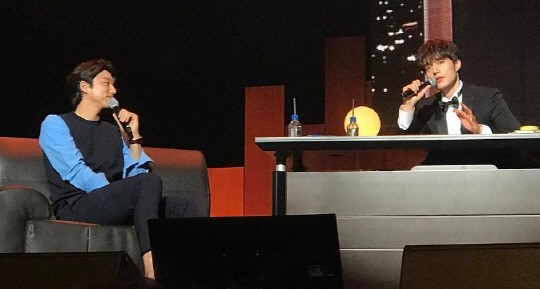 The ultimate brOTP of tvN’s hit series “Goblin” is back together!

Lee Dong Wook held his “2017 Lee Dong Wook Asia Tour in Seoul 4 My Dear” fan meeting on March 12, and had Gong Yoo as his first guest, eliciting applause and cheers from his fans. 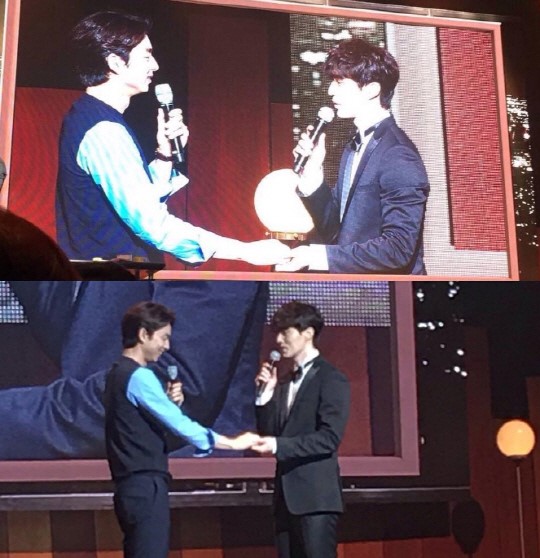 Fans were treated to the two actors reenacting the infamous two-shot from “Goblin,” in which they emerge from the darkness together. Lee Dong Wook treated Gong Yoo like an honored guest, holding on to his co-star’s hand as he lead them to where they needed to go, and leaving the fans in stitches as they exchanged funny quips and ad-libs from the drama.

The two made poems using each other’s names and even bared their souls to each other playing the “I see” game. 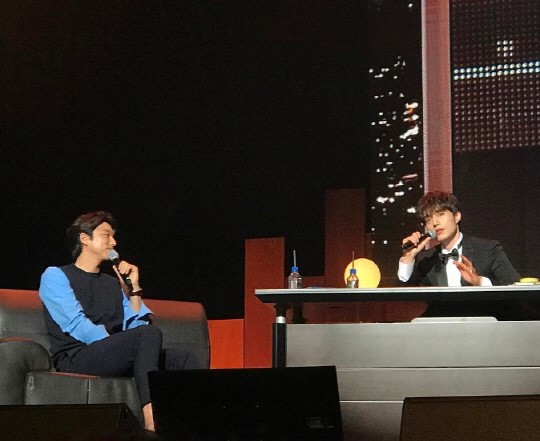 When Gong Yoo was asked, “What does Lee Dong Wook mean for Gong Yoo?” he replied by saying that his co-star is, “a grateful savior in my acting life.” He even teared up a little, giving fans a glimpse of how much their friendship means to him.

Lee Dong Wook then went on to praise Gong Yoo’s good looks as he said, “It’s like looking at a coffee commercial,” while Gong Yoo replied back with, “Lee Dong Wook is just so handsome. While I’m just plain.” He also added, “I’ve never met an actor who can work off my ad-libs as well as Lee Dong Wook can. I’m actually re-watching the series now that we’re done filming it. I’ve watched up to episode six.” 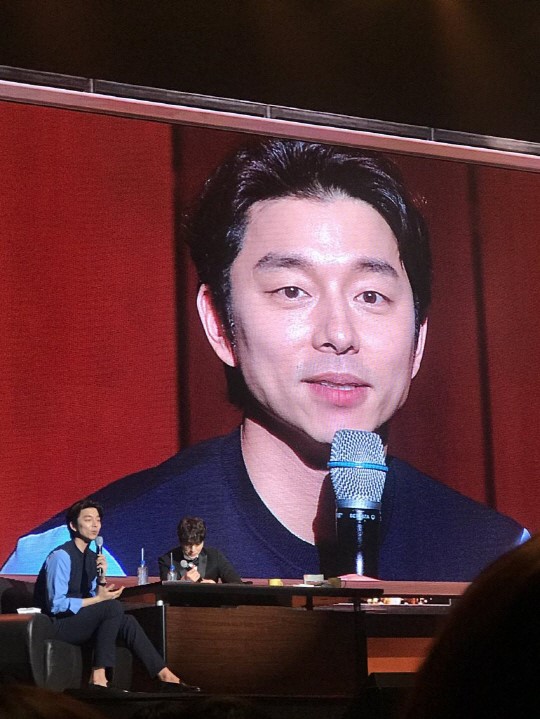 Both actors received a lot of applause from their fans as they showcased the bromance they formed while acting as the goblin and grim reaper in “Goblin.”

Why not do what Gong Yoo is doing and catch up with “Goblin” again?