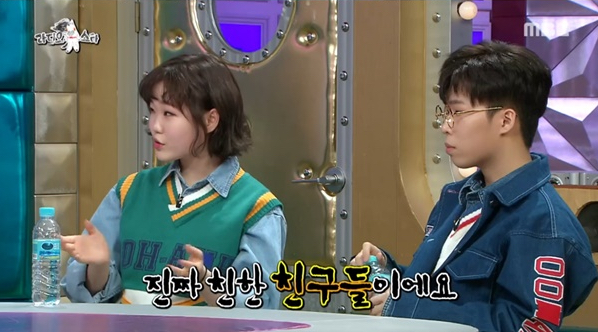 As reported previously, Akdong Musician made an appearance on the March 15 episode of MBC’s “Radio Star,” and Lee Soo Hyun revealed that she went bowling with her close male idol friends.

She further explained, “I can reveal who I went with because we’re really just close friends. I went with Kim Sae Ron, SEVENTEEN’s Seungkwan, and ASTRO’s Rocky.”

See also: Akdong Musician’s Lee Chan Hyuk Talks About How Much He Makes From Songwriting And How He Splits It With YG

At that, the MCs questioned, “How is SEVENTEEN’s Seungkwan? Isn’t he a good guy?” to which she answered, “Seungkwan has a really good personality.”

That was when Lee Chan Hyuk hilariously said, “I support Soo Hyun’s romantic relationships. I don’t mind if she goes out with a male celebrity,” while angrily clenching his fists around the water bottle he was holding. 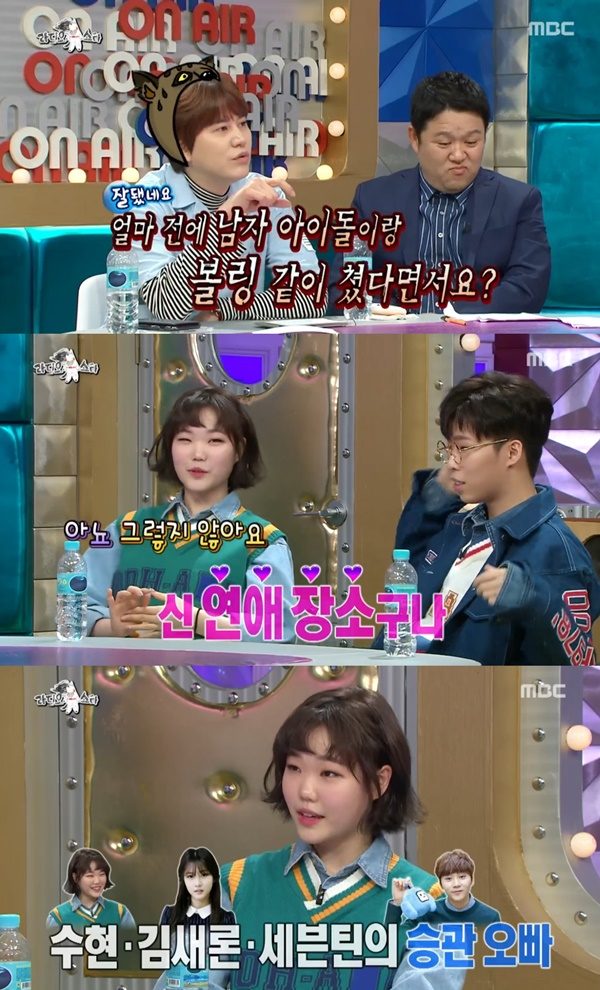