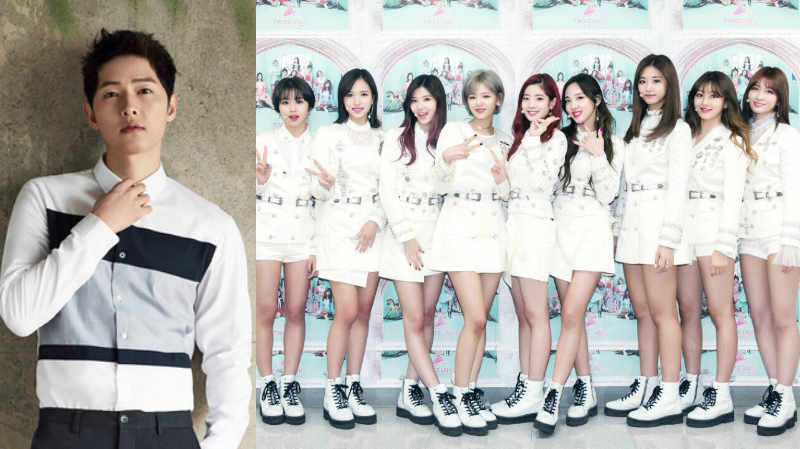 Song Joong Ki and TWICE have yet again been awarded for their influence and successes!

The 29th Korea Producer Awards took place on March 17 at the SBS Open Hall located in Deungchon neighborhood of Seoul.

The Korea Producer Awards are run by the Korean Producers & Directors’ Association (KPDA), and winners are selected by producing directors themselves through a system of votes. Awards are given out to one winner in each of the categories.

Song Joong Ki took home the award in the acting category for his titular role as Captain Yoo Si Jin in the hit KBS drama, “Descendants of the Sun.” He reportedly took first place with almost all of the producing directors voting for him. His newest production will take him back to the big screen with “Battleship Island,” a movie that explores the often-overlooked history of Koreans who were forcibly taken to Battleship Island to mine for coal by the Japanese, during its colonial regime.

TWICE took home the award in the artist category, also reportedly with a vast majority of the votes. 2016 was a year in which the girl group’s success catapulted even further with hit tracks, “Cheer Up” and “TT,” and have beaten their own records time and time again. They just wrapped up promotions for their latest title track “Knock Knock,” which took home yet another win on “Music Bank” for the third week of March.

Other reported winners include “My Ugly Duckling” for variety, while its main MC Shin Dong Yup took home the prize in the host/MC category.