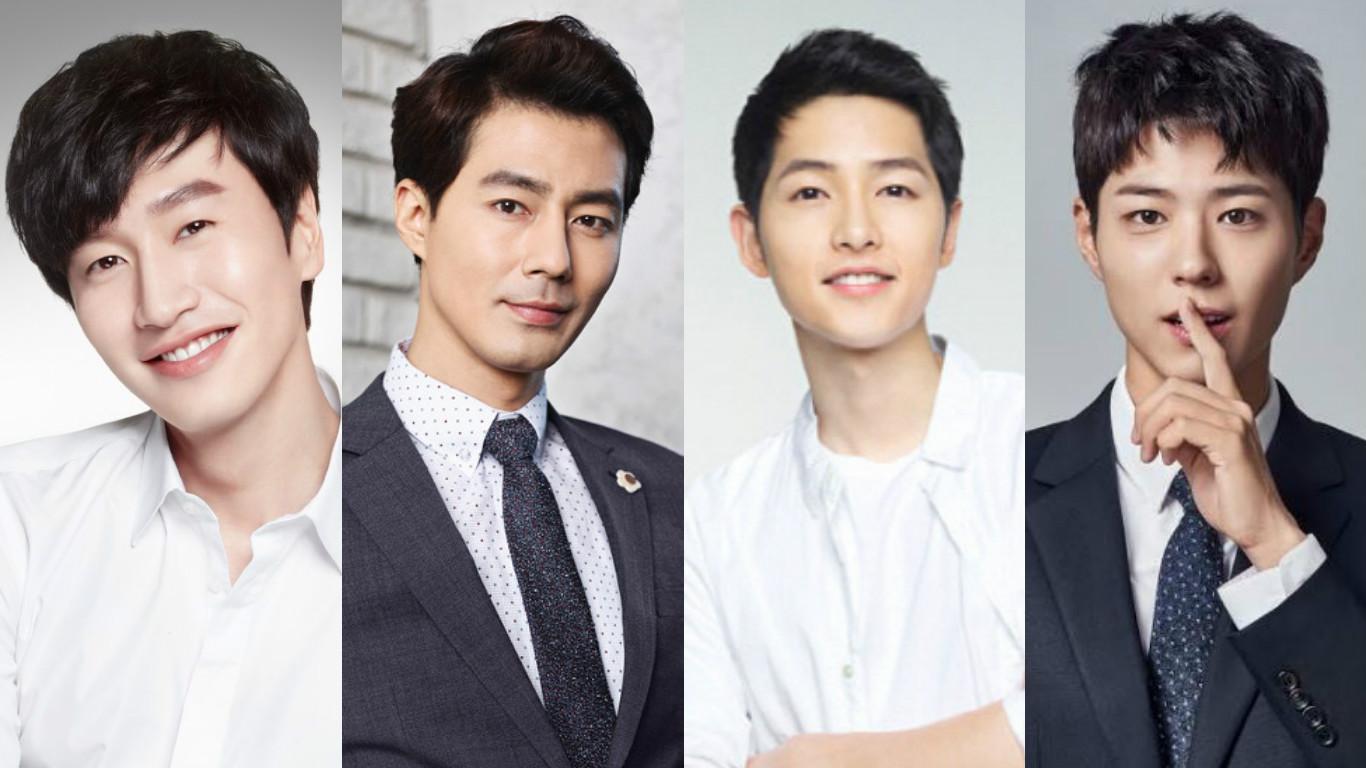 Lee Kwang Soo and his extensive personal connections made “Running Man” even more special! He was able to get Jo In Sung, Park Bo Gum, and Song Joong Ki to help him reach his goal on the show.

The episode of SBS’s “Running Man” that aired on March 19 had the members go out and find items for their new safe house by calling people they know.

Lee Kwang Soo was tasked with finding a sofa, and he called his father to borrow one from his company. His father was willing to help, but at a cost: Lee Kwang Soo would need to get Song Joong Ki and Jo In Sung’s signatures because his employees wanted them. 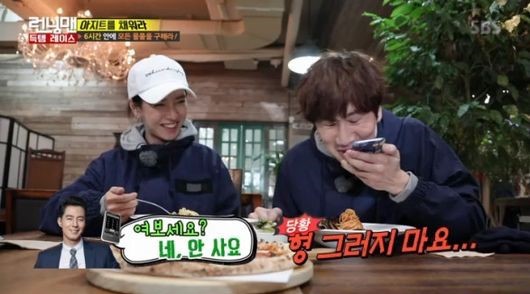 So Lee Kwang Soo first called Jo In Sung, who decided to troll his friend by saying things like, “I don’t want to buy anything,” and “You can just leave the package in front of my door.” The actor also said, “I got rid of my signature, I only shake hands now.” He was joking, of course, and he ended up giving his friend what he needed. 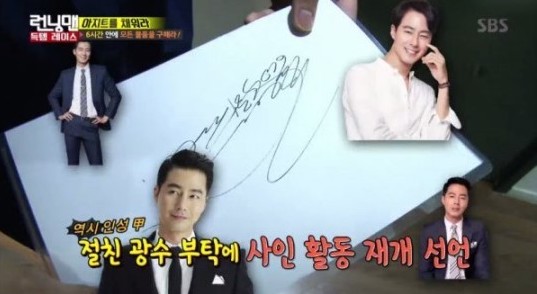 Next came a call to Song Joong Ki. Hearing that his friend needed his signature, Song Joong Ki worriedly said he needed to head out for Gwangju in Gyeonggi Province and didn’t know if he could get the signature to Lee Kwang Soo on time. Determined to complete his goal, Lee Kwang Soo offered to drive straight to Blossom Entertainment. 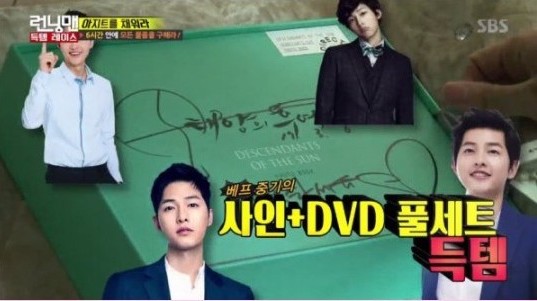 When he arrived, not only was Lee Kwang Soo able to get a signed DVD set of “Descendants of the Sun” from Song Joong Ki, but he also ran into Park Bo Gum. Seeing this as a great opportunity, Lee Kwang Soo asked Park Bo Gum for his signature, and he reciprocated by signing his “Running Man” name tag and giving it to the actor. During his very brief appearance on the show, Park Bo Gum was as angelic and well-mannered as he’s always described to be. 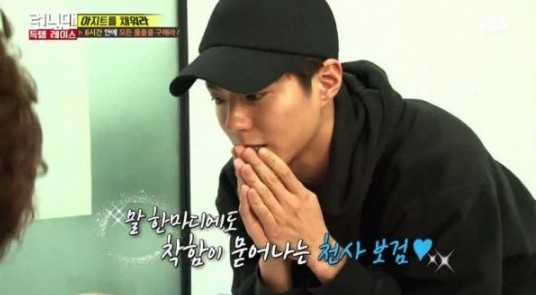 In the end, Lee Kwang Soo was able to trade in his signatures from Jo In Sung, Song Joong Ki, and Park Bo Gum to get a sofa from his father and complete his mission. 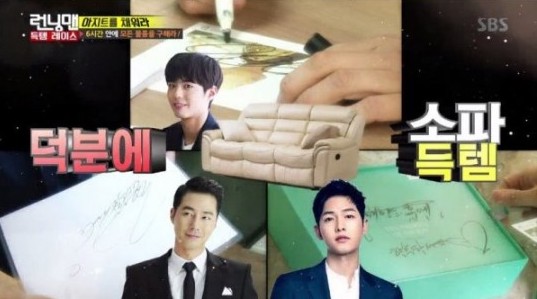 Now, if only we could have a drama with these four!