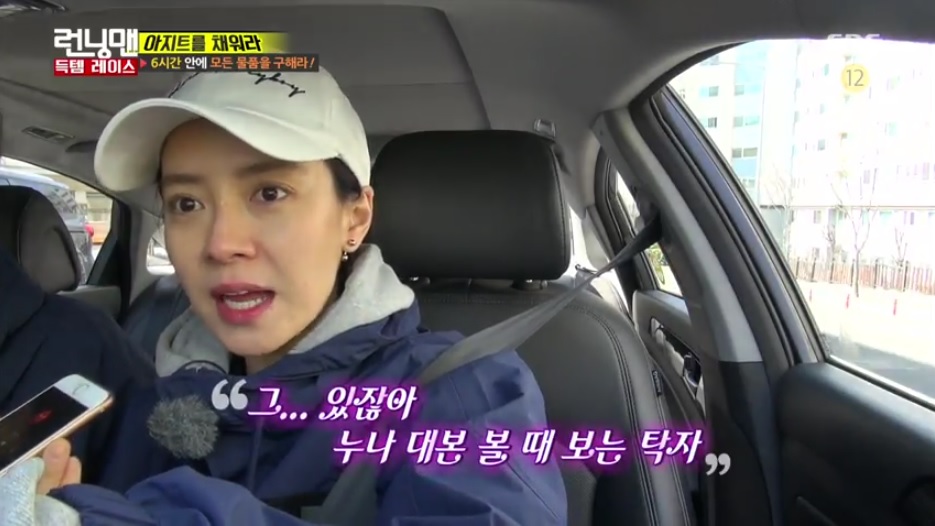 Song Ji Hyo had many people to squabble with on the latest episode of “Running Man”!

On the March 19 broadcast of the SBS show, Song Ji Hyo and Lee Kwang Soo set off to complete their mission.

The actress made a call to her younger brother Chun Sung Mo and told him, “You know the table I use when I read scripts? Bring it out for me.”

Chun Sung Mo later appeared wearing a mask, and handed over the table his sister requested. He hilariously commented, “This is the table she always uses when she drinks beer.” 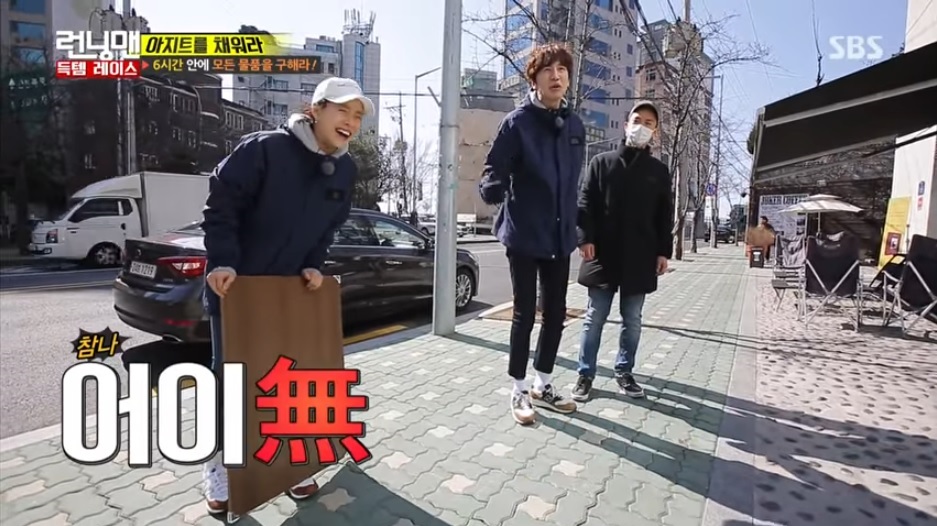 He was then asked for his wish in return for the favor, so he jokingly stated, “Let me hit my sister.” As Song Ji Hyo faced a wall, he kicked her thighs before immediately running away from his sister, who took her anger out on Lee Kwang Soo. 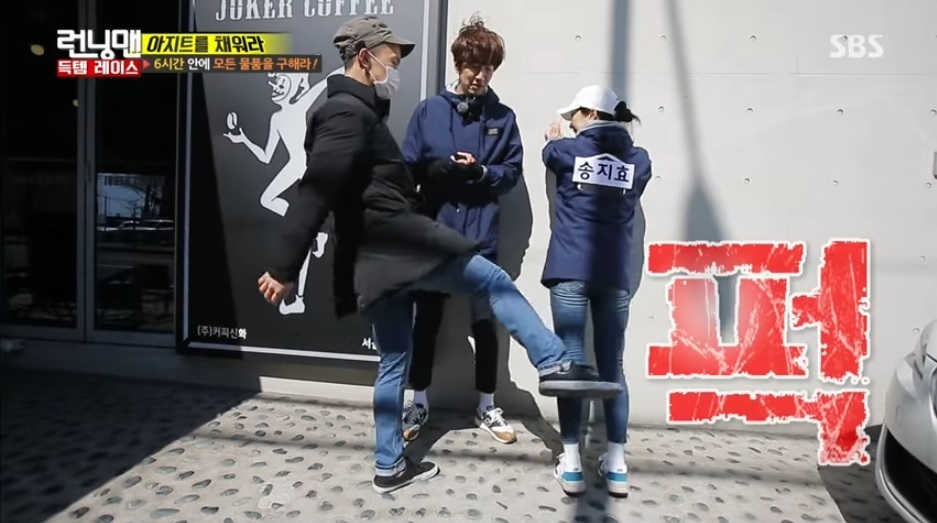 The actress also sought the help of her friend Lee Dong Wook through a phone call and began enumerating items they needed for their mission. Confused, Lee Dong Wook asked, “Are you teaching me Korean right now?” 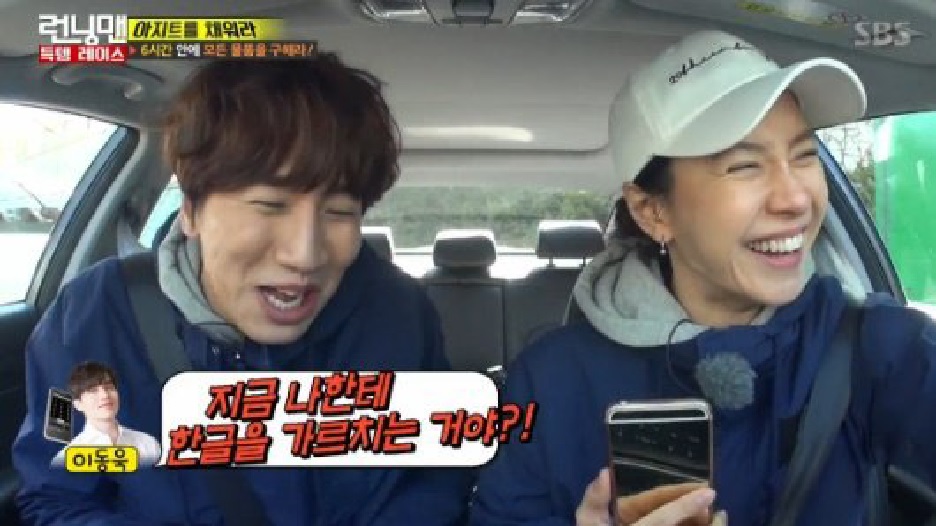 After Song Ji Hyo and Lee Kwang Soo explained the mission, Lee Dong Wook said, “But I’m filming right now, how will I give them to you?” Song Ji Hyo insisted on getting the items, saying, “Just tell me. I’ll go to your house and get them myself,” hilariously causing Lee Dong Wook to curse.

As they tried to end the conversation, Lee Kwang Soo remarked, “I really enjoyed watching your drama.” Lee Dong Wook responded, “What’s that all of a sudden? You’re just saying you have no use for me anymore.”