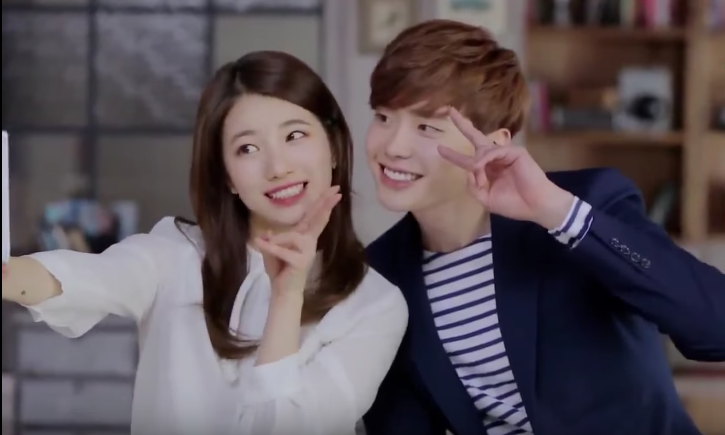 Suzy and Lee Jong Suk definitely make a smart-looking couple for their upcoming production together, “While You Were Asleep” (tentative title)!

Recently, fans and pedestrians, who spotted the pair filming in Ansan, Gyeonggi Province, shared photos of their discovery on various online communities and social media sites.

Suzy fixes Lee Jong Suk’s hair as they sit in a cafe, and displays a new short hairstyle. Meanwhile, Lee Jong Suk looks dandy dressed up in a suit-and-tie along with a different parting in his own hair. The actors were also seen filming at a law office located in the same city.

“While You Were Asleep” tells the story of a girl who sees future accidents and incidents that will happen to people in her dreams, and a prosecutor who tries his hardest to prevent those dreams from becoming reality.

Lee Jong Suk
Suzy
miss A
While You Were Sleeping
How does this article make you feel?