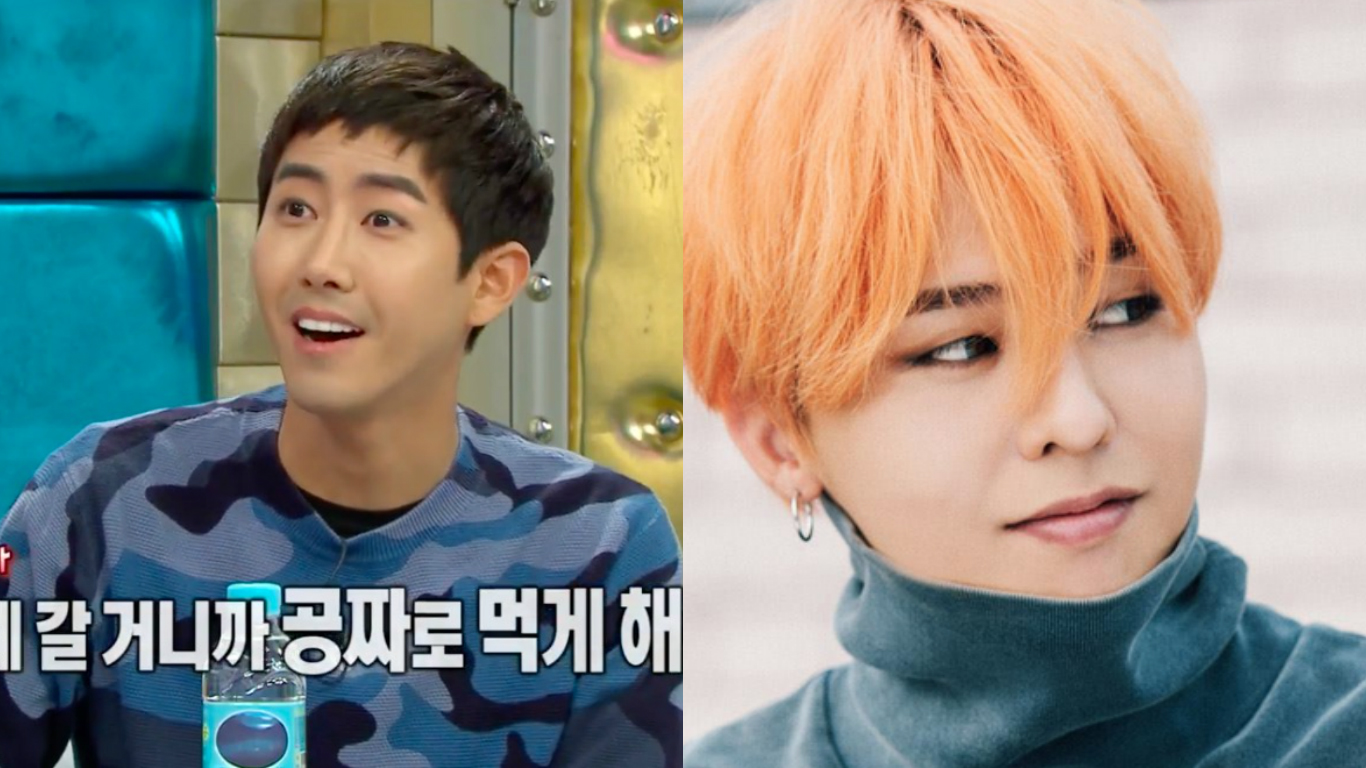 When Kwanghee appeared as a guest on March 22’s episode of “Radio Star,” he told the story of a favor he received from his friend G-Dragon that clearly made a big impression on him!

Kwanghee befriended BIGBANG’s G-Dragon and Taeyang when the trio teamed up for the “Infinite Challenge” music festival in 2015. On the latest episode of “Radio Star,” host Kim Gura mentioned that they’d heard that Kwanghee had received a huge benefit because he’s friends with G-Dragon.

“We don’t contact each other very often, we only talk occasionally,” admitted Kwanghee. He then began to say that he frequently goes to Jeju Island, but the hosts interrupted him to clarify that Kwanghee goes on his own, without G-Dragon.

Kwanghee went on to excitedly tell his story of a trip to Jeju Island, where he wanted to visit a café that’s owned by G-Dragon. “I contacted G-Dragon and told him I was going to his café on Jeju Island, and asked him to let me eat for free,” explained Kwanghee, which made the hosts and fellow guests all burst out laughing. 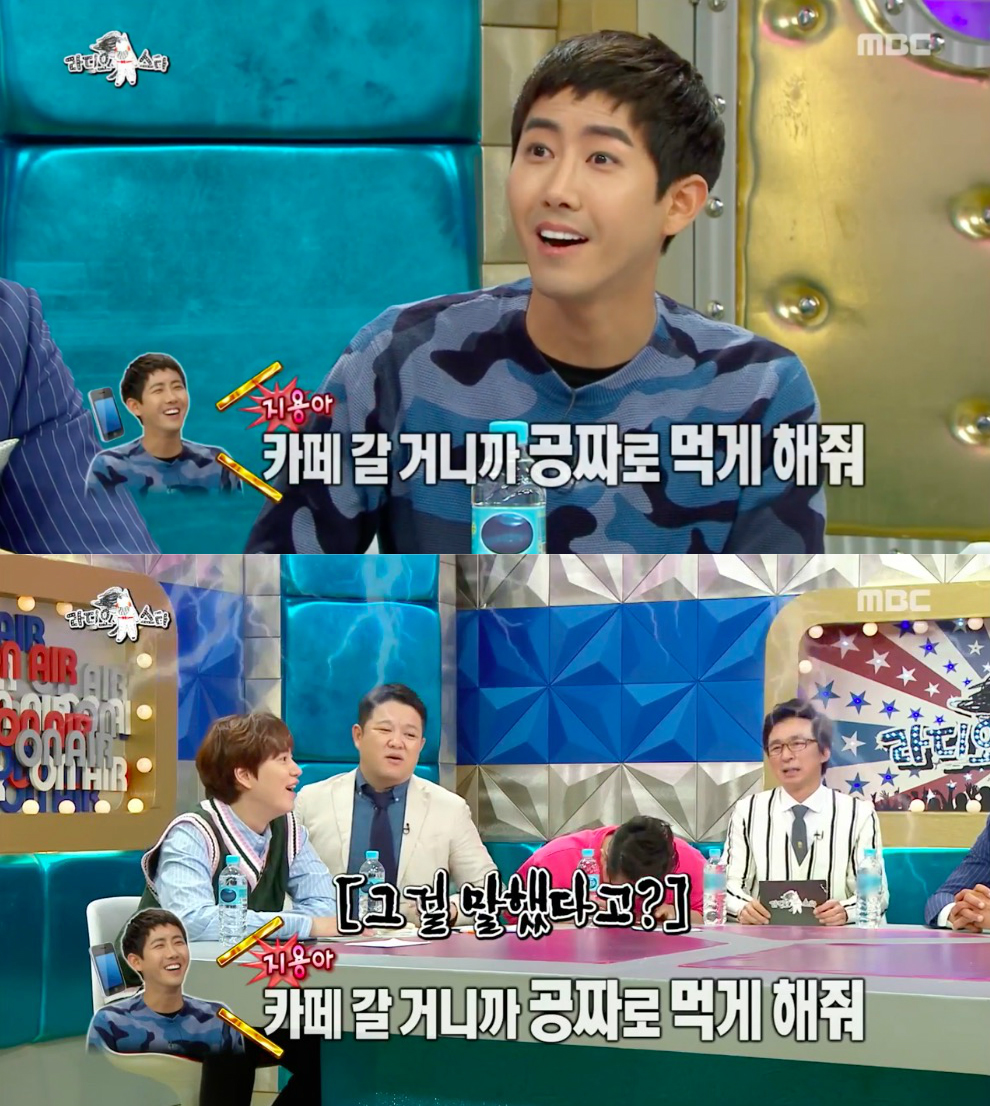 Kwanghee went on to say that G-Dragon said he would, and when Kwanghee got to the café, he was taken to a lounge with a great view. “Then I was going to go home afterwards, but they told me to get in a car,” he explained. “I was then taken on a tour of restaurants with great food! I didn’t even have to pay, and they were really expensive places!”

Host Yoon Jong Shin laughed and clarified to the cameras, “G-Dragon didn’t come though.” Kwanghee agreed that it was just him, but added that he’d heard that he was the only one that G-Dragon has ever asked to be given such treatment. The hosts then joked that G-Dragon was trying to feed Kwanghee until he was so full that he wouldn’t come back.

BIGBANG
G-Dragon
Kwanghee
Radio Star
How does this article make you feel?