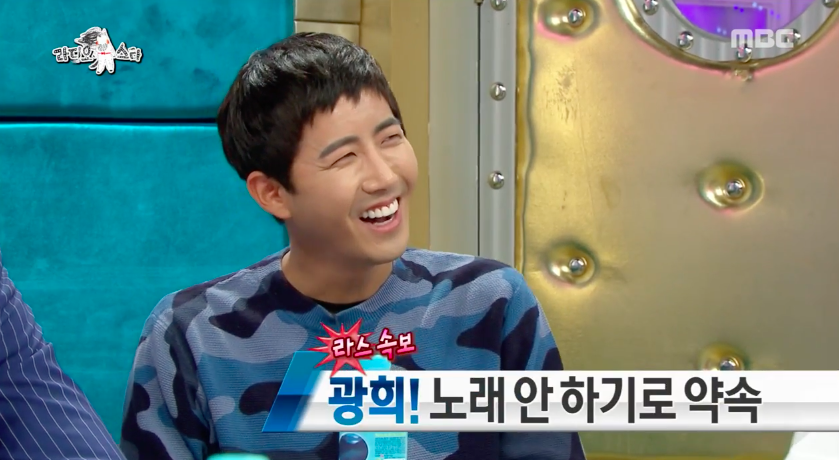 Kwanghee Explains Why He Removed The Word “Singer” From His Profile

On the March 22 broadcast of “Radio Star,” Kwanghee appeared as a guest and shocked the MCs by revealing that he has changed his profile description.

During the broadcast, Kim Gura pointed out that the last time Kwanghee sang on a show, he received a lot of comments saying that he was a bad singer. To this, he retorted, “That’s why I removed the word ‘singer’ from my profile description! I’m not going to sing anymore!”

Kyuhyun, who was shocked, looked up Kwanghee’s online profile and saw that the title “singer” was indeed gone from his profile. Instead, Kwanghee was described as a “TV personality.”

Kwanghee said, “I could have said ‘variety show personality,’ but then I thought people might say that I wasn’t funny enough, so I went with ‘TV personality’ instead.”

You can watch the full episode below!

Kwanghee
Radio Star
How does this article make you feel?