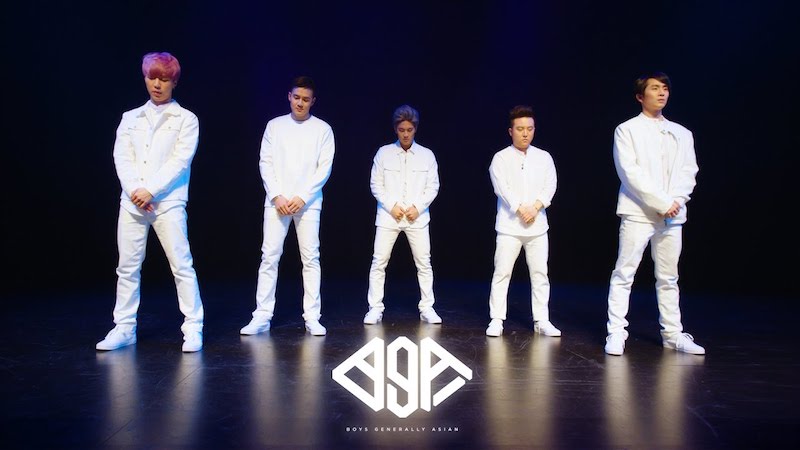 Watch: BgA Parodies The Evolution Of A K-Pop Group In Hilarious MV For “Who’s It Gonna Be”

BgA is composed of YouTube stars Ryan Higa, David Choi, Philip Wang, Justin Chon, and Jun Sung Ahn. The group made their debut last spring with their fantastic “I Want to Sh*t” MV, which followed the guys as they started a K-pop group despite their claims that they “can’t sing, dance, or really speak Korean.”

On March 24, BgA revealed the next episode in the saga of their group by releasing the music video for “Who’s It Gonna Be.” The hilarious 10-minute video not only features the members performing their new track with as much style, swag, and charisma as a real K-pop group, but also shows them parodying the trials and tribulations of being a group in which each member is vying for the spotlight.

The track has even managed to reach No. 1 on the K-Pop songs chart on iTunes in the United States!

BgA has also shared a fun behind the scenes video from their preparations for their comeback.

Although fans are naturally hoping for another comeback from BgA, we may be out of luck…

best out of 2? lol. We're about to break up https://t.co/tHiVy4hwIx

BgA
How does this article make you feel?