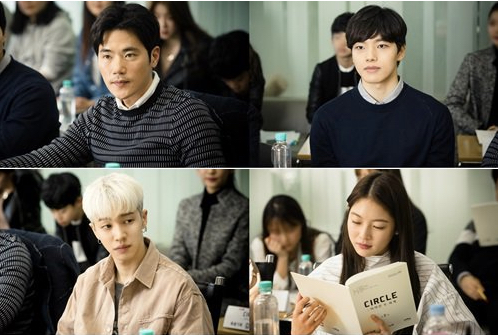 As revealed previously, tvN’s upcoming drama “Circle” held a table read on March 15, and photos from the session have now been released. 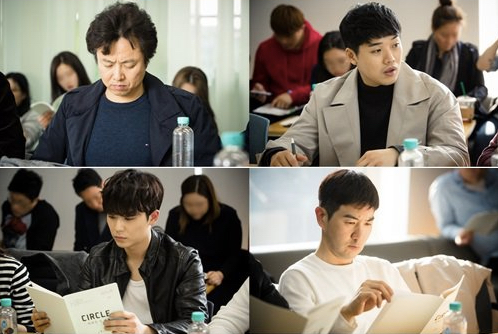 “Circle” tells the story of two men who follow a mysterious case in two periods – 2017 and 2037. On March 15, all cast members from both time periods met up in one place, creating an exciting and fresh table read session. The protagonist of 2017 is Yeo Jin Goo, and Gong Seung Yeon plays a college student who is involved in the crucial incident that surrounds the story. Joined by Kim Kang Woo and Highlight’s Lee Gi Kwang who play characters from 2037, they all did a passionate rendering of their roles.

Director Min Jin Ki expressed, “The main characters of the drama are coming to life, courtesy of our skilled actors. As this is tvN’s first attempt at a science-fiction crime mystery, both the cast and crew will work hard on it. Please look forward to it.”