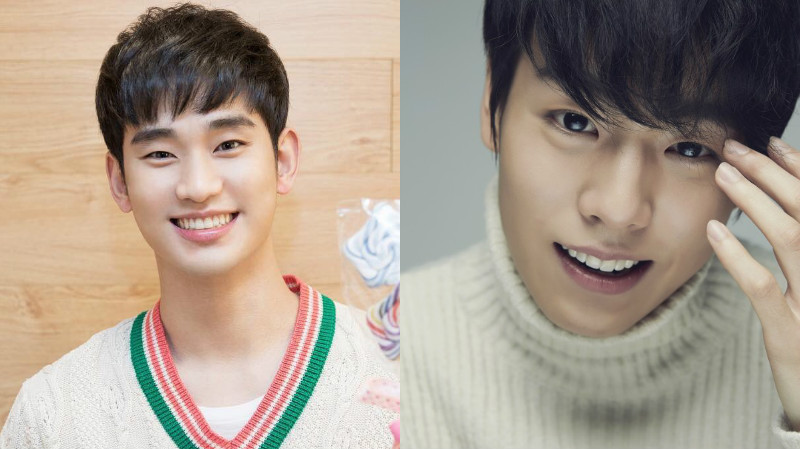 On March 27, Kim Soo Hyun posted a screenshot of the drama on his Instagram and wrote, “Hyun Woo, I’ll buy it and you carry it for me.” He is making a pun out of the acronym for the drama’s title, “Geu-geo-neo-sa,” which sounds like “You buy it.”

In the photo, Kim Soo Hyun is making a “V” in front of the screen. To this, Lee Hyun Woo replied, “I love you both.”

These two actors got to know each other in their 2013 film “Secretly Greatly” and have been maintaining a good friendship ever since.

Meanwhile, Lee Hyun Woo is currently starring in “The Liar and His Lover” as the genius songwriter Kang Han Kyul, and his love interest Yoon So Rim is played by Red Velvet’s Joy.

Kim Soo Hyun
Lee Hyun Woo
The Liar and His Lover
Secretly Greatly (film)
How does this article make you feel?