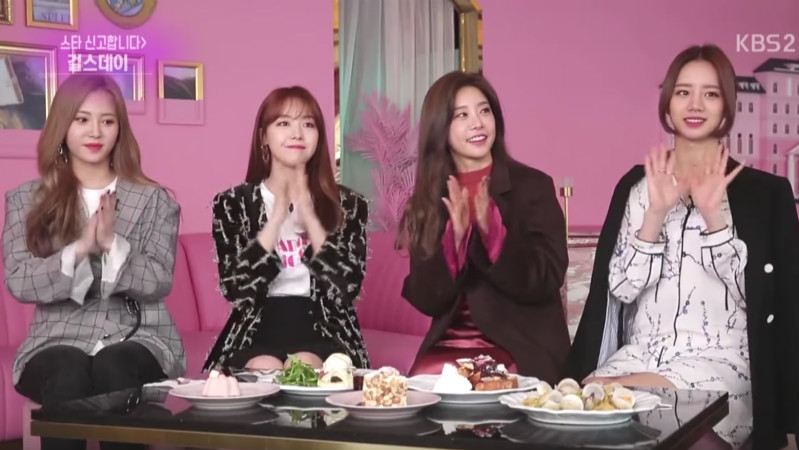 Girl’s Day recently sat down for an interview with KBS 2TV’s “Entertainment Weekly” to promote their new mini album “Everyday #5.” 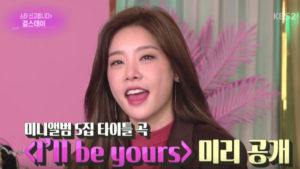 The interview started off with Sojin talking about their comeback track, “I’ll Be Yours.” When the interviewer asked the group why it took them almost two years to make a comeback, Sojin explained that they waited a long time to find a song that all the members loved and agreed on. Following this, she blessed the audience with a short preview of the song, showcasing her early-morning vocals. 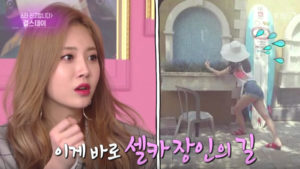 Next, the interviewer asked Yura about her selfies. Yura revealed that she would go great lengths to take good selfies and explained the story behind a hilarious photo she uploaded on her Instagram. She said, “My manager saw me trying to take a selfie with some flowers and he thought my stance was ridiculous so he took a photo and sent it to me. I thought it was too funny and couldn’t help but to upload it.” 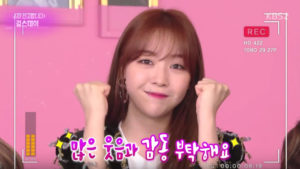 The interviewer then asked Minah about her experience acting in the drama “Dear Fair Lady Kong Shim” and working with Namgoong Min. “He spent a lot of his personal time helping me with my acting. I mostly followed his lead,” said Minah. She then wished him the best of luck with his upcoming activities. 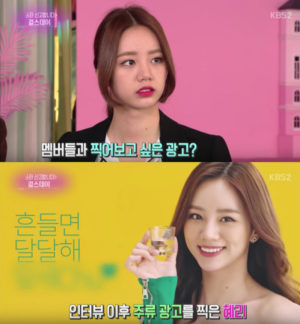 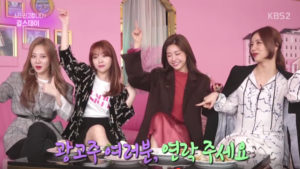 After she mentioned this phenomenon, Yura chimed in to say that she wants to shoot a refrigerator and rice cooker commercial.

Girl’s Day is currently promoting their new track “I’ll Be Yours” off their mini album “Everyday #5,” which was released on March 27.