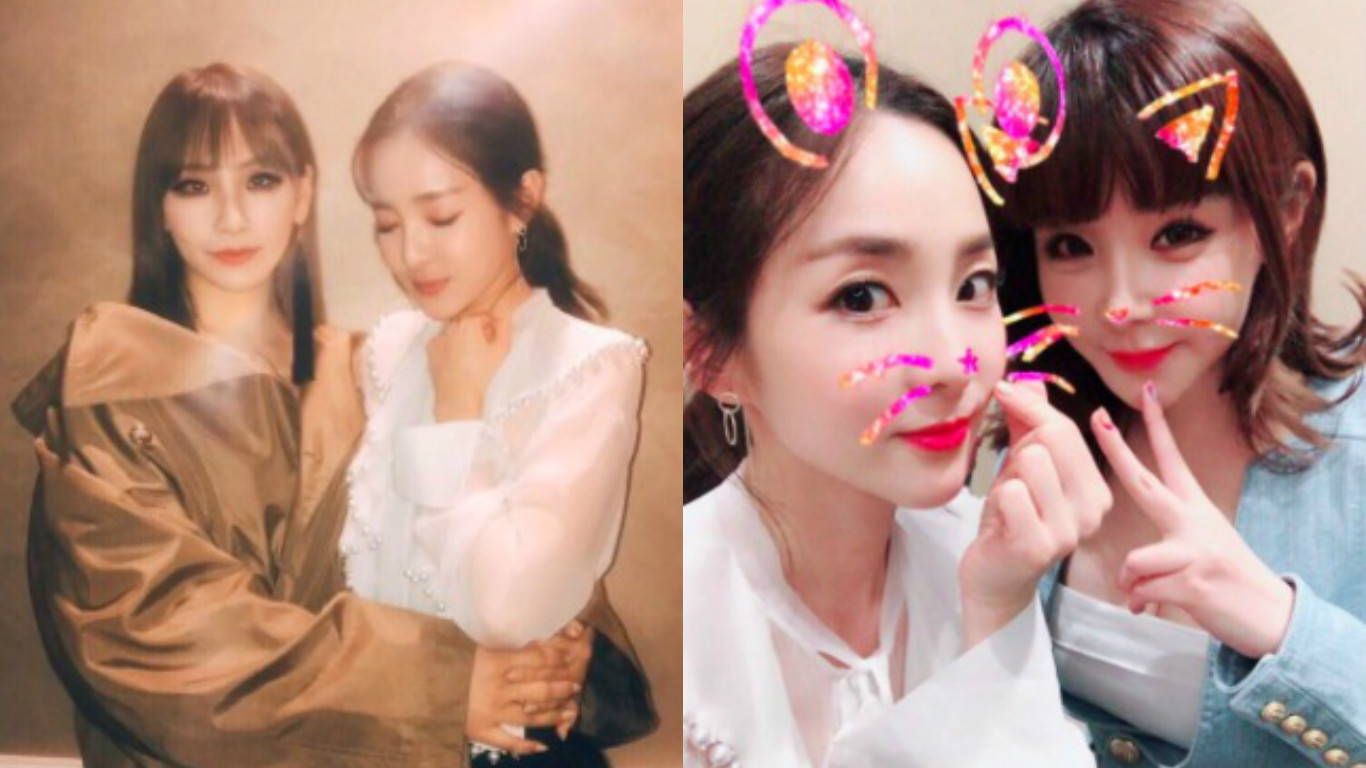 Former 2NE1 members Sandara Park, Park Bom, and CL are once again showing their love for each other!

Sandara Park is making her Korean film debut in the new movie “One Step,” and Park Bom and CL both shared photos on March 29 from an exclusive screening event that they attended to support their good friend.

Park Bom posted three photos to her Twitter with Sandara Park, in which the pair tried out some fun stickers.

She wrote as the caption to the third photo, “It would have been good if CL was here too though.” Sandara Park then replied to the tweet, “This photo is so funny.”

CL also posted a photo on her Instagram with Sandara Park, and congratulated her on making her film debut in Korea.

Sandara Park later shared photos with both CL and Park Bom on her Instagram (click the arrow on the side to see more), with the caption, “I love you.”

Sandara Park
2NE1
CL
Park Bom
How does this article make you feel?