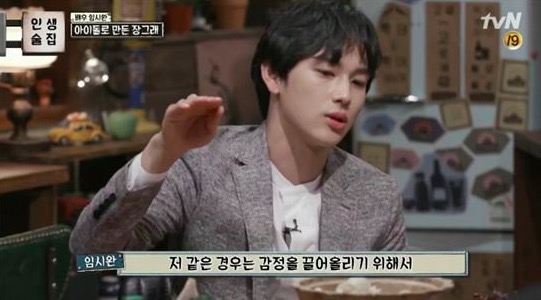 Im Siwan spoke about his experience as an idol and also about his acting in “Incomplete Life” on the March 30 episode of tvN’s “Life Bar.”

He chose to drink soju that day, and said, “I do drink a bit. When I drink lightly, I usually drink with Park Hyung Sik. We live close by.”

During the broadcast, he began to talk about his experience as a part of the idol group ZE:A. He said, “It takes me some time for me to bring up my emotions. But being an idol means that you have to be excited pretty much all the time. For me to get excited, I need a little time to get heated, but you’re expected to be excited from the very start of the song. I found that hard.” 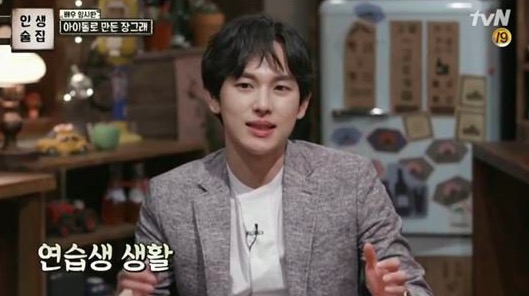 He also said, “When I acted in ‘Incomplete Life,’ I tried to use my own experiences. I thought that being a temporary employee was similar to being an idol trainee, so I approached it that way. I thought that it would be the start of success if I became an idol, but debuting was only the beginning. I thought that I could meld this type of life experience [to my acting].”

Im Siwan
ZE:A
Life Bar
How does this article make you feel?