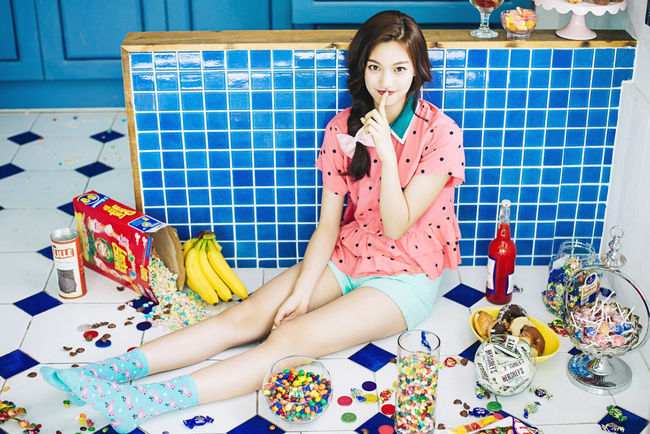 Following Choi Yoojung, Kim Doyeon conversed with her fans through i-Teen Girls’ V Live channel, where she demonstrated her witty and honest personality.

She first talked about her recent trip to the United States with Choi Yoojung. “It was so fun. I got to experience and learn a lot of things,” she shared after telling fans to tune into their upcoming travel reality show on April 7.

When asked about her role model, Kim Doyeon answered, “I don’t have a role model, but I have a lot to learn from the people around me. My goal is to become someone’s role model.” 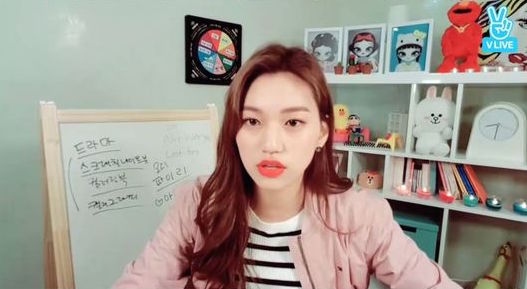 When asked about her habit of sleepwalking, she insisted that it only happens when she’s extremely tired.

In response to another question, she shared, “Ever since I was young, I loved to sing and dance, so I went on a bunch of talent shows. I wanted to become a singer and actress back then. Your dreams change often when you’re young, and it was like that for me as well. My older sister kept saying she wanted to become a food stylist, so I wanted to try it, too. There were also times when I wanted to become a makeup artist or hair designer.”

She then talked about what superpower she wanted. “I wondered what it would be like to read minds, but I realized that I would probably get hurt. I think it would be nice to keep this normal life.”

Kim Doyeon
i-Teen Girls
How does this article make you feel?