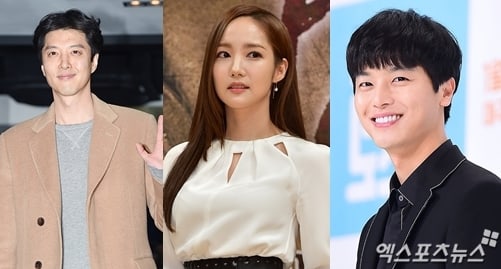 The main lead casting for KBS 2TV’s upcoming drama “Queen for 7 Days” has been completed.

After considering the offer, Lee Dong Gun has accepted to join Park Min Young and Yeon Woo Jin in the new drama headed by director Lee Jung Seob. “Queen for 7 Days” is a historical romance drama that revolves around Queen Dan Kyung, who sat on the throne for an incredibly short amount of time.

Lee Dong Gun will be starring in the drama as Lee Yoong, the 10th king of Joseon. His character is described as a sad king who is unable to win the heart of the woman he loves. The actor is set to show a wide range of emotions such as love, obsession, and madness. Many are excited to see him play a different kind of character than the ones from his previous works.

Yeon Woo Jin will playing prince Lee Yeok, the half brother of Lee Yoong. Historically, Lee Yeok is known as the prince who drove out his older brother and sat on the throne.

Park Min Young will be playing Queen Dan Kyung, who receives the love from both these men at the same time. While her character dreams of having a pure love, she ends up having to follow the most politically advantageous choices regardless of her own will.

Meanwhile, “Queen for 7 Days” is set to air after “Mystery Queen.”