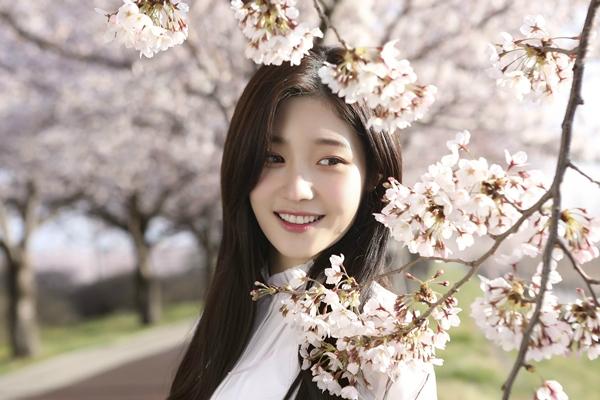 DIA’s Jung Chaeyeon explained how they got inspired to write their pre-release track “Flower, Moon, Alcohol.”

On April 7, DIA held a press conference for their second album “YOLO,” where they introduced their track “Flower, Moon, Alcohol.”

Member Jung Chaeyeon disclosed, “I use the same room as Heehyun. The two of us were drinking some alcohol after finishing practice when we suddenly realized that our self-composed album was missing the genre of trot. We then discussed with our members about trying trot music. It was a bit difficult but we ended up with a great song.”

Ki Heehyun added, “We sometimes drink in our dorms while listening to music. If we get really excited, we turn on trot music. It seemed [ironic] that our album was titled ‘YOLO’ without even having any trot. We thought it would be fun to put in a trot song so we talked to the members about our idea.”

She continued, “We weren’t that familiar with the genre of trot, so it was difficult to come up with a song. With the help of a composer, we created the track ‘Flower, Moon, Alcohol.’ I hope people will give it a listen!”

Meanwhile, DIA will be promoting their new album “YOLO” with two new members.

DIA
Jung Chaeyeon
Ki Heehyun
How does this article make you feel?