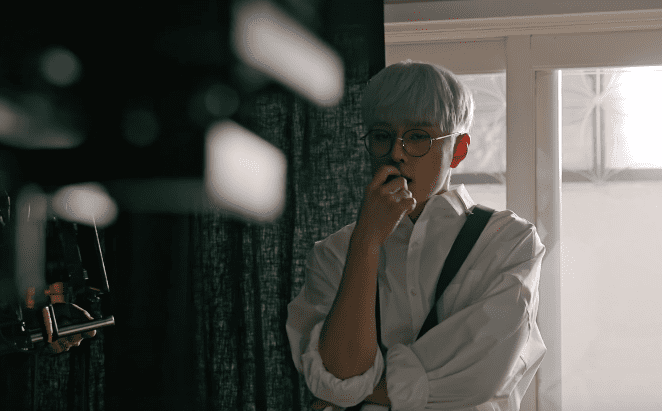 Highlight recently unveiled the behind-the-scenes footage for their music video “It’s Still Beautiful” from their first mini album “Can You Feel It?” In the clip, the members show the hard work and effort that went into creating the perfect music video for their emotional ballad.

Yang Yoseob was the first to speak about the filming experience. “I think when all of the narratives are put together, we will end up with a meaningful music video,” he said optimistically.

Next, Son Dongwoon talked about the tiring filming schedule for the music video, saying, “Yoseob was the first to film and he had to come to the set at the break of dawn.”

Yoon Doo Joon also spoke regarding the struggle of filming at irregular times of the day. “Currently I am filming at 4 a.m. in the morning. The staff is working very hard to make this a successful filming,” he said. “I am done filming for my part. It is currently 7:53 a.m. KST, which is a time when most people go to work. But instead of going to work, I will be going home,” said the singer, undoubtedly looked exhausted.

Finally, Lee Gi Kwang wrapped up the filming for the music video. “I am extremely tired right now,” he commented. “I was the last to film for ‘It’s Still Beautiful” and I really want to thank the staff and crew who participated in making this music video. I hope that we were able to show a unique side to each member through the sorrowful acting,” he said, optimistically looking forward to the final product.

Show Highlight some love and check out their behind-the-scenes footage below!