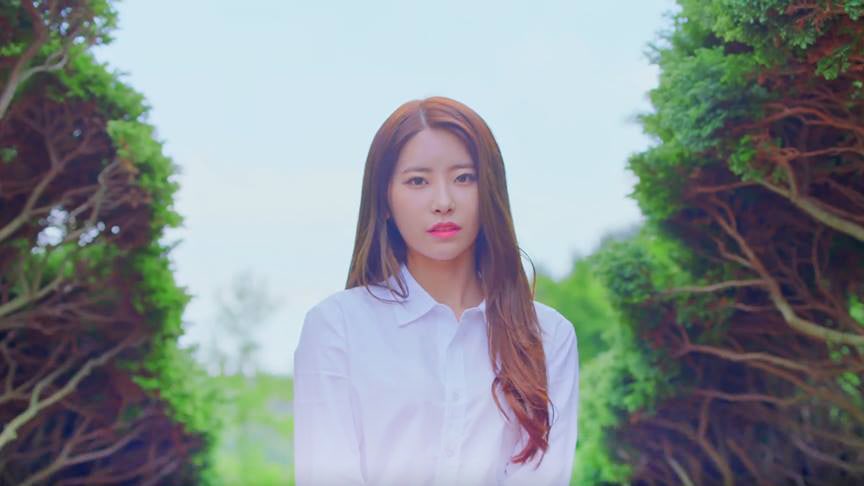 On April 7, at a press conference for DIA’s second full length album “YOLO,” DIA’s Ki Heehyun revealed that two of their b-side tracks are about the hardships of being a trainee and the hardships they faced after they debuted.

“Mannequin,” a b-side track from their album “YOLO,” is a follow-up track to their b-side “The Trainee,” which is from their first EP “Happy Ending.” Member Ki Heehyun said, “When we first started making songs, we thought about what other people could relate to and how great it would be to have that come through in a song. ‘The Trainee’ is a song that conveys the sad emotions that many trainees feel. ‘Mannequin’ is a follow-up track that is conveys post-trainee emotions.”

She continued, “Everyone has a dream and, even after achieving that dream, there are difficult times. It’s easy to think that you’ll only be happy after achieving your dream but the fact is that there are times when you’re not happy. We too also believed that we would receive a lot of recognition if we debuted but we realized that there are many obstacles we need to overcome in order to get to that point. These are the things we thought about when writing the lyrics for this track.”

Meanwhile, at the same press conference, fellow DIA member Jung Chaeyeon also talked about how the group found inspiration to write their pre-release track “Flower, Moon, Alcohol.” The group will be promoting their new album “YOLO” with two new members.

DIA
Ki Heehyun
How does this article make you feel?