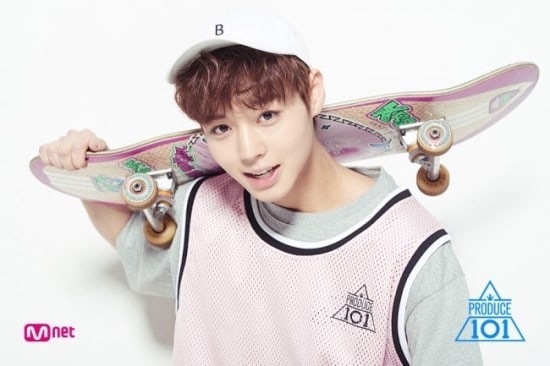 The first episode of Mnet’s “Produce 101 Season 2” aired on April 7 and revealed the written applications of some of the contestants on the show.

One of the written applications was that of Park Ji Hoon, also known as “wink boy” thanks to his famous wink at the contestants’ first performance of “Pick Me.” He is currently ranked in first place.

Eagle-eyed netizens noticed that he had been a trainee at big name agencies SM Entertainment and Fantagio before entering his current agency, Maroo Entertainment. It is unclear why he left his previous agencies and joined his current one. 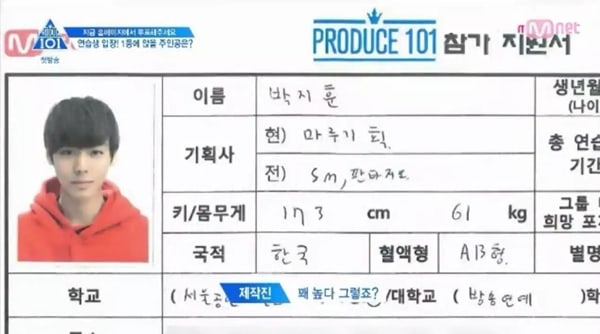 Meanwhile, “Produce 101 Season 2” is gathering a tremendous amount of attention from viewers, even topping the TV impact factor rankings after just one episode.

Produce 101 Season 2
Park Ji Hoon
How does this article make you feel?