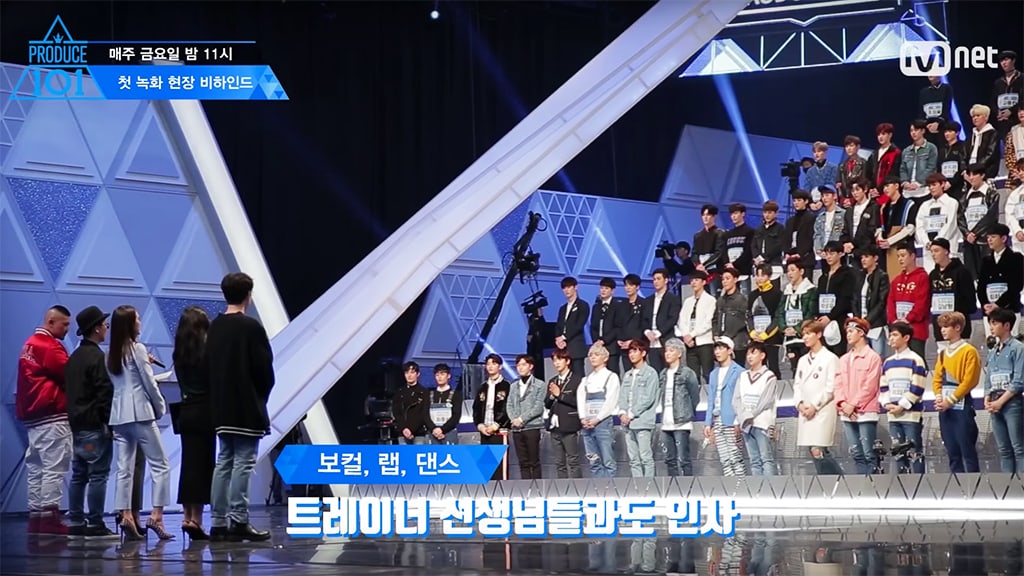 A new behind-the-scenes video from the first day of filming for Mnet’s “Produce 101 Season 2” has been released and viewers can see how the contestants felt before their first recording.

The video shows contestants arriving, carrying huge bags with them, and nervously greeting the production crew as they got out of their cars. Some contestants confidently stated that they would work their hardest and that they were feeling good that day while others expressed their happiness and excitement to just be there. On the other hand, some trainees couldn’t help but understandably express their nervousness before filming.

The video also reveals the trademark pyramid set on which much of the first episode was filmed and viewers can see just how massive the set is, especially when the trainers are standing at the foot of the pyramid.

Meanwhile, check out a brief recap of the harsh evaluations from the first episode of “Produce 101 Season 2” and also the current rankings for each contestant on the program.