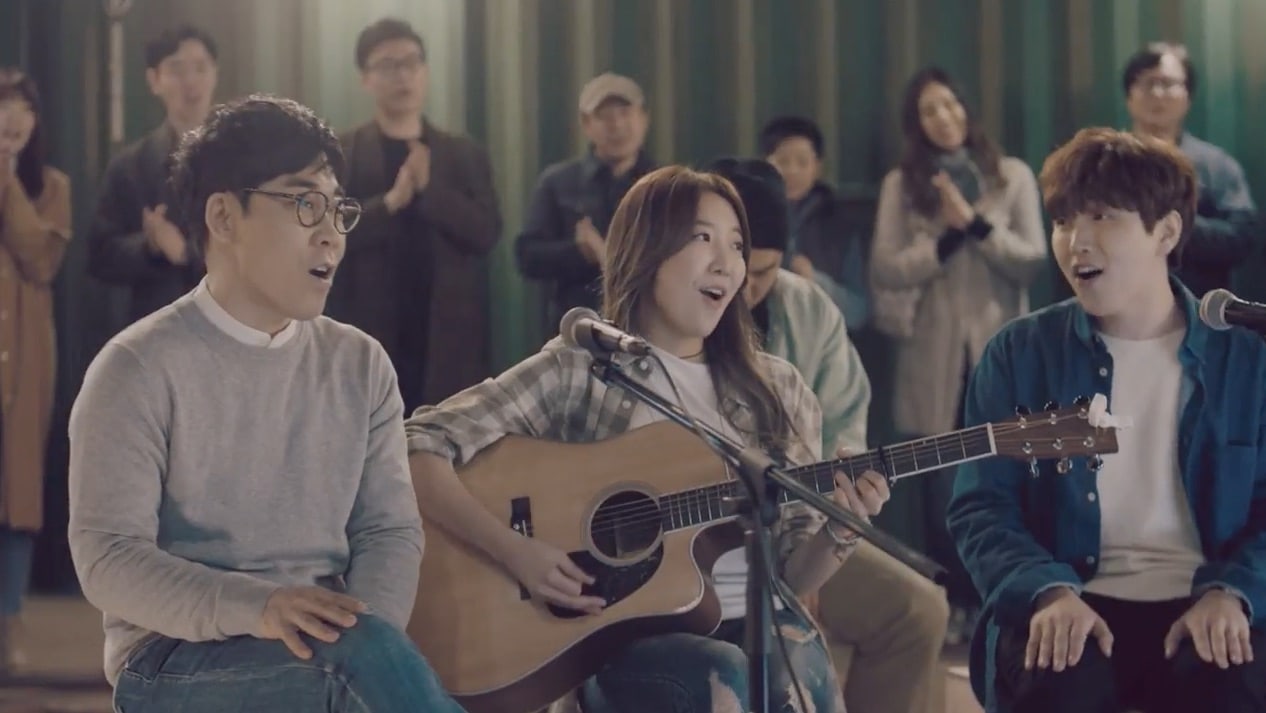 Watch: Kim Yeon Woo And B1A4’s Sandeul Inspire People To Vote With Cover Of Lee Juck’s “As One Says”

Kim Yeon Woo and B1A4’s Sandeul have teamed up to urge people to vote in the upcoming South Korean presidential elections, and they’re doing it in a way they know best, through music!

The National Election Commission released a video of the duo on their official YouTube page on April 18, showing them join a busking session to perform “As One Says.” The video clip is the full version of the song, as a shorter portion is currently being aired on various mediums to urge people to vote.

The song was originally performed by Lee Juck and Yoo Jae Suk on “Infinite Challenge” and the lyrics are about a person learning to put their words into action and believing that they can change their future. The video ends with the message, “There is a moment that is more beautiful the more it is shared together, please join us on May 9.”

Kim Yeon Woo and Sandeul have been chosen as honorary ambassadors for the 19th presidential elections in South Korea, and are calling themselves “Team 5959” as voting will take place on May 9.

The duo first performed together on “King of Masked Singer” and recently appeared on “Yoo Hee Yeol’s Sketchbook” to promote their “Team 5959” activities.

B1A4
Kim Yeon Woo
Sandeul
How does this article make you feel?