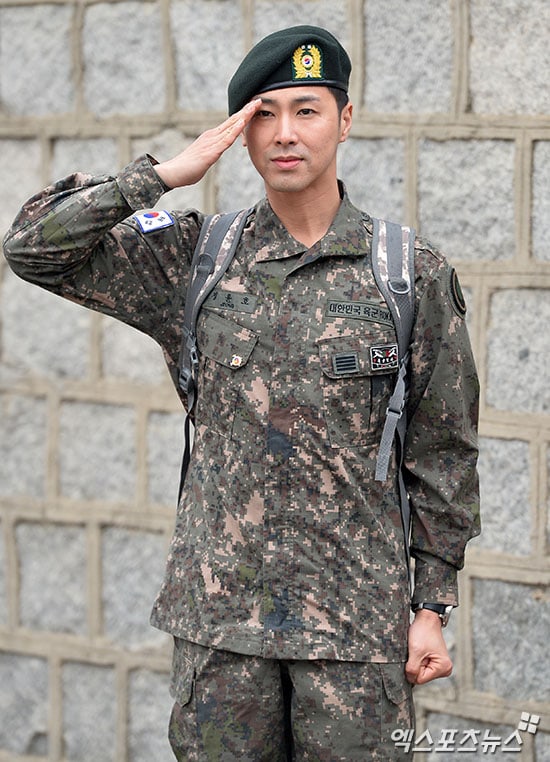 TVXQ’s Yunho Discharged From The Army, Says “This Is Only The Beginning For TVXQ”

TVXQ’s Yunho has finally been discharged!

On April 20, Yunho said to the press after being discharged from Yangju’s 26th Mechanized Infantry Division, “It feels complicated, because it feels as if time had stopped, and now it’s starting to tick again.” He said fondly, “I can confidently say that army life was a lot of fun. It was a time in which I could put down stories being said about U-Know Yunho and grow as the human being, Jung Yunho.”

Yunho said about his bandmate Changmin, who is still awaiting his discharge in August, “I was able to work hard here thanks to the fans who believed in TVXQ. I think Changmin will do just as well.” He then said to his fans, “Please look forward to the complete TVXQ. This is only the beginning.”

When asked about the girl group that gave him the most strength, he said, “I knew you’d ask about that. I think it was Red Velvet.” He also picked the food he wants to eat the most, and he picked jjajangmyun, the black bean noodle dish. He laughed while saying, “Strangely enough, I want to eat it right now. I also want to gulp down some Coke.”

Yunho enlisted in the army in July of 2015 and achieved much in his 21 months in the army, including becoming the best trainee, being selected as a special class soldier, and becoming an honorary citizen of Yangju, where he completed his exemplary service.

Even though the weather was poor, over 1000 fans turned out to greet their star back from the army.

Welcome back, Yunho! We’re looking forward to what you have in store for us next!

Red Velvet
TVXQ
Yunho
XPN
How does this article make you feel?