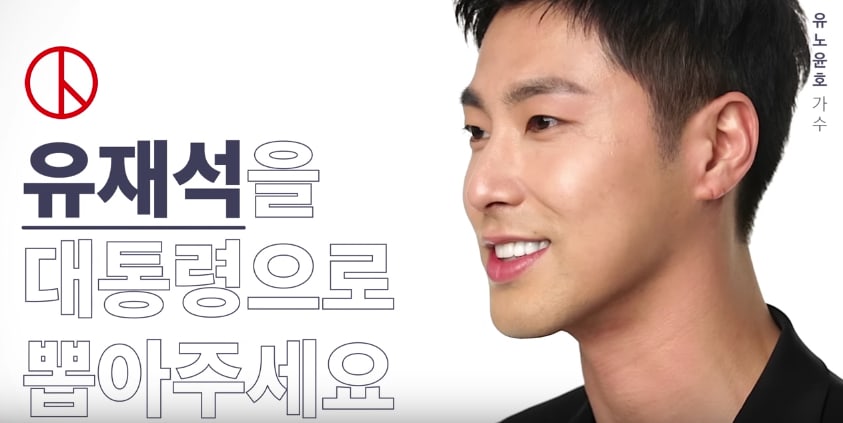 On April 24, Korea’s National Election Commission uploaded a video as part of the “0509 Rose Project,” which is a campaign meant to encourage Koreans to vote on election day.

In the video, various celebrities are asked to vote for Yoo Jae Suk, Na Young Suk PD, Jang Dong Gun, and more highly esteemed public figures as their next president.

Other celebrities who participated in this campaign include Ko So Young, Ryu Jun Yeol, Park Seo Joon, Lee Joon, Baek Jin Hee, BewhY, Lee Byung Hun, Super Junior’s Leeteuk, Jung Woo Sung, Jo Jin Woong, and Han Ji Min. With one voice, they conveyed the message that people should not be blinded by a presidential candidate’s public image. In the same way that popular celebrities cannot become president solely because of a positive image, presidential candidates should also not be chosen based on their public image. They emphasized that it is important to look at the candidates’ pledges and the likelihood that they will follow through with them, and also to carefully analyze their actions.

What do you think of this unique campaign?