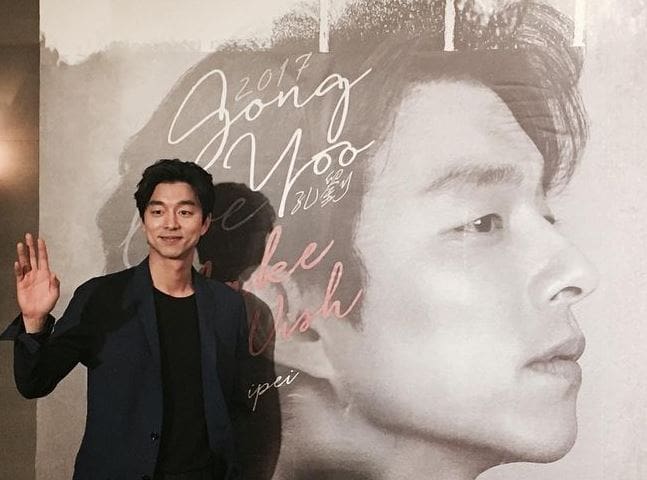 On April 29, Gong Yoo held his first overseas fan meet event in Taiwan. One day prior to the special day, he held a press conference and answered various interesting questions, leading to equally interesting answers about zombie cats and wanting to play a crazy man for his next acting role.

One question was, “If you could save yourself and one other person from a zombie apocalypse like your movie ‘Train to Busan,’ who would you save?” Giving a very unexpected answer, Gong Yoo replied, “I would choose my two cats. I think it would be really scary if they turned into zombie cats,” making everyone at the conference burst out laughing.

He then chose “Goblin” as his most memorable work because it was his most recent one. Expressing his hopes to play a new kind of role, he said, “I want to challenge myself to play a villain. I’ve always played relatively upright roles, so now I want to try out the role of a lazy and ungainly person. A crazy person sounds good too.”

Gong Yoo received lots of love in China through “Goblin” and earned himself the title, “national husband.” When asked how he felt about the title, he responded, “I don’t like it very much. I feel pressured by it. It’s a great compliment and shows that I’m being loved by many people, but the ‘national’ part feels like a burden on my shoulders.”

On the same day, he revealed why he doesn’t use social media and how much he misses the “Goblin” cast.

Are you looking forward to seeing Gong Yoo play a new type of character?