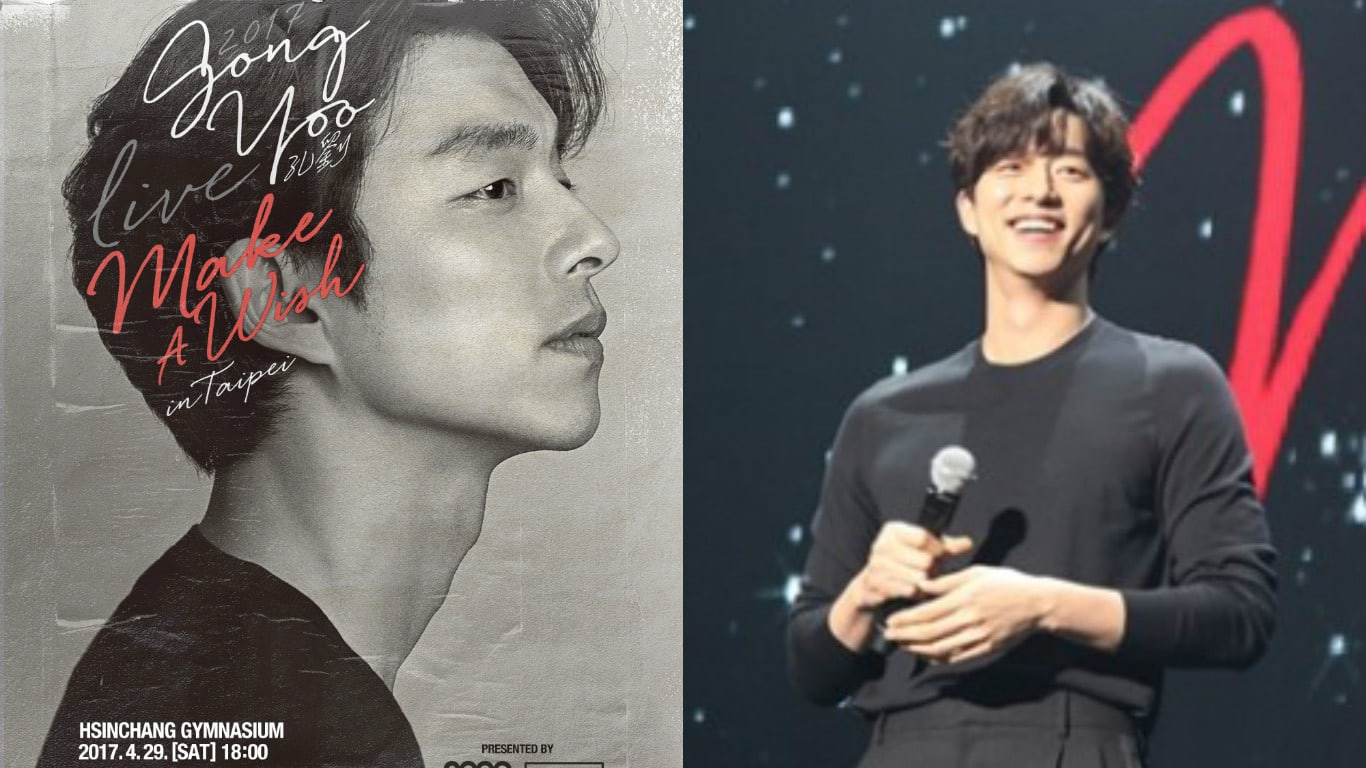 According to Soop Entertainment, Gong Yoo held his fan meeting on April 29 and spent three and a half unforgettable hours with his fans. The actor has been receiving love for his dramas in Taiwan since “Coffee Prince,” and all tickets for the event were sold out in 10 minutes after going on sale.

Even the Taiwanese news media had a deep interest in Gong Yoo. From the moment he landed on April 27 to his media conference on April 28, his fan meeting on April 29, and his departure on April 30, every single movement was reported on by major Taiwanese media outlets. On the day of the fan meeting itself, fans from all over the world flocked to the venue to meet the star, and they were joined by reporters who were there to document the event. 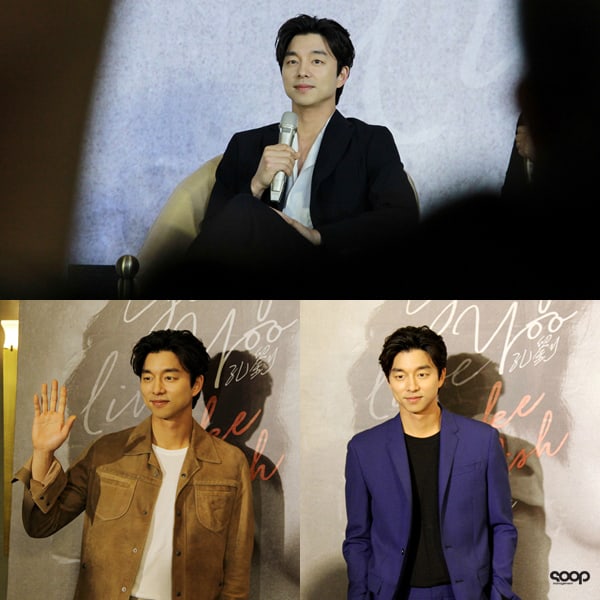 Gong Yoo began the event with a performance of Yoo Jae Ha’s “Myself Reflected In My Heart.” The actor was wearing a black suit and fedora, reminding many of the outfits worn by Lee Dong Wook as the grim reaper in “Goblin.”

During the fan meeting, the actor honestly opened up about his work, childhood, and hobbies. Living up to his fan meeting slogan, “Live your dream, Hear your dream, you are my dream,” Gong Yoo even took a moment to make fans’ dreams come true. He sang along to a fan playing the guitar, and even recorded his voice for fans to use with their alarm clocks.

Gong Yoo’s special guest was his close friend, singer-songwriter MYQ, who spilled some secrets about Gong Yoo that only best friends can know. Kwon Jin Ah, Sam Kim, and Jung Seung Hwan also performed for the event, and Gong Yoo explained, “I really like these three singers, so much that I actively search for their music. Sam Kim actually sang, ‘Who are you,’ my theme song from ‘Goblin.'” 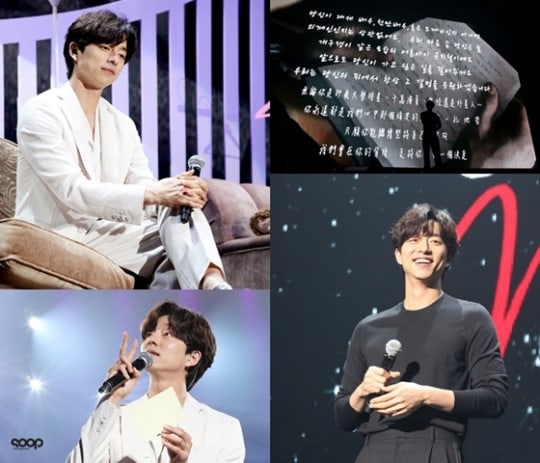 Near the end of the fan meeting, Gong Yoo became teary-eyed watching a touching video from his fans. The Taiwanese fans’ surprise video and banners had Gong Yoo turning around and hanging his head to hide his tears. Calming down, Gong Yoo said, “The tears I’m shedding are a form of self-reflection. I’ve been working for so long without taking a break, and I think it’s made me very weakhearted. I will take your sincerity as a source of strength, and I will do my best to become a stronger person.”

Gong Yoo is set to hold his next fan meeting on May 6 in Hong Kong.