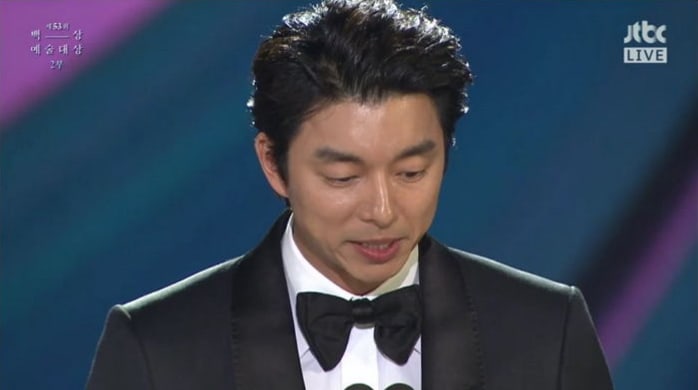 Actor Gong Yoo got teary as he talked about his mother during his acceptance speech at the 53rd Baeksang Arts Awards.

At the awards ceremony held on May 3, Gong Yoo won the Best Actor Award for the drama “Goblin.” During his acceptance speech, he apologized to his mother for not being able to see her frequently due to his busy schedule.

“My mother sometimes gets disappointed and tells me that it feels like her son has become someone else’s son. It’s all because I haven’t been good to her,” he said while tearing up. 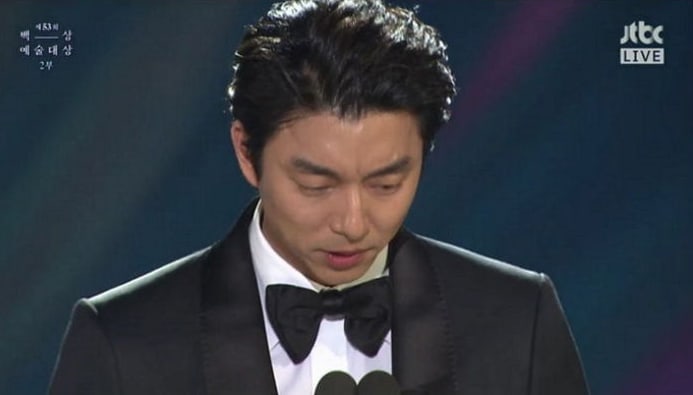 He then expressed his grateful heart for the award, saying that it will help him get back on his feet.