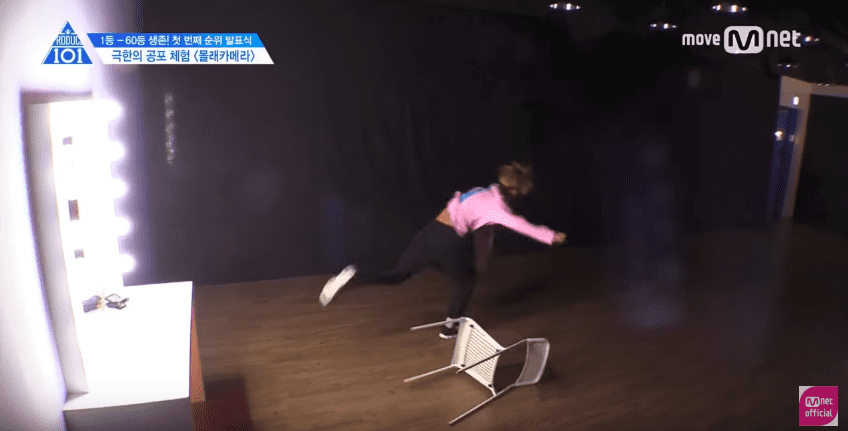 Watch: “Produce 101 Season 2” Has Trainees Running For Their Lives In Latest Challenge

In the most recent episode of Mnet’s “Produce 101 Season 2,” which aired on May 5, trainees went through a big scare, bringing laughter to the audience.

In the episode, trainees were asked to sit in front of a mirror and talk to their reflection. Some trainee would compliment themselves, some who encourage, some would vent, but all faced a ghost that would suddenly show up in the mirror and grab at their feet.

Some notable reactions were from Choi Min Ki (Pledis Entertainment), who fell to his knees; Ong Sung Woo (Fantagio), who reminded viewers of “The Scream” painting; Kim Dong Bin (Kiwi Media) and Lee Dae Hwi (Brand New Music), who screamed at a very, very, high pitch; and Ahn Hyung Seob, who screamed, threw his chair, and ran faster than the speed of light out of the room.

Watch their hilarious reactions below!