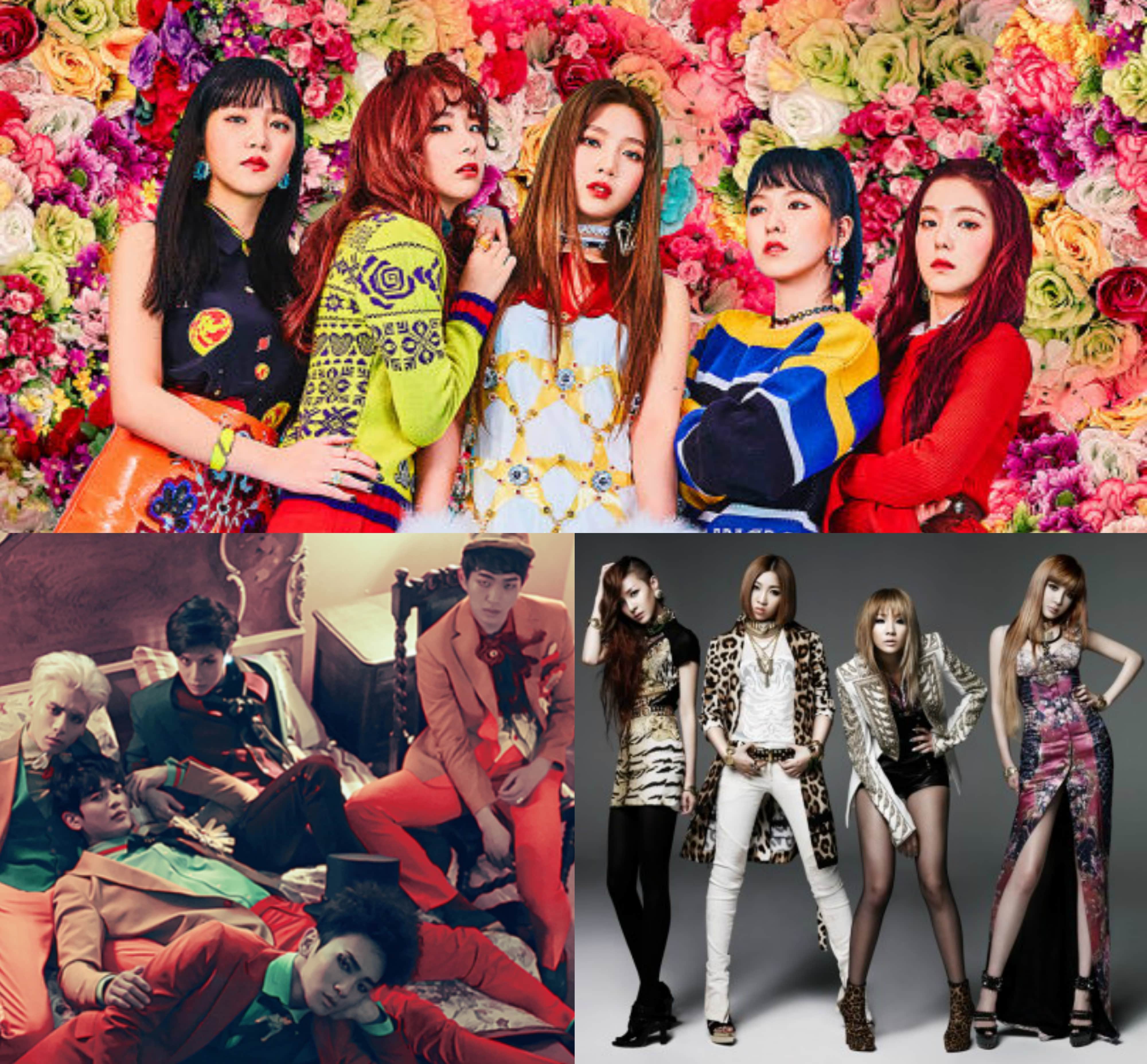 A Collection Of K-Pop’s Most Bizarre MV Concepts

In terms of K-pop, there’s one particular style that’s impossible to mess up, and that’s being bizarre. When it comes to this style, there’s this sort of “anything goes” mentality. If the artist or group can work the concept just right, they’ve got an instant hit. Some are more outlandish than others, some are less. But as you’ll see below, none of that matters.

First up is G-Dragon’s “Coup D’Etat.” Taking elements of revolution in hand, this MV takes on an eerie tone, flaunting its striking and elaborate scenery. Everything about this MV, from its haunting settings to the hidden symbolisms, makes quite the impact. It certainly is bizarre, yet beautiful at the same time.

For those who don’t know T.O.P, his obsession with art, wine, and furniture has given his music a very unique form in terms of rap and pop music. His MV, “Doom Dada,” is no exception. After all, who else could flawlessly combine “Planet of the Apes” and a crying baby with a gigantic head? It doesn’t make any sense, yet somehow, T.O.P turns it into gold.

In CoCoSoRi’s “Exquisite!” the cats are next in line for world domination. The MV as a whole seems simple and cute at first, yet when those cats with their laser-shooting eyes appear, all expectations are thrown out the window. The ending is even crazier. In order to save themselves, CoCo and SoRi invent magical pills that help them defeat the cat overlords.

To be honest, I’m not sure if there are any words that could accurately describe this MV. It’s got what looks like a guy in a reflective hazmat suit, some random creatures with moppy hair, and even those freaky rapping mannequins. But I keep wondering, what’s with the girl who has a Swedish Fish on her head? And that other guy with an ice cream cone on his head? I gotta say, Hitchhiker really knows how to trip people out.

Thought there’d be a normal MV for once? I did, too, but I was totally wrong. In the beginning, it really seemed like “Solo Day” was about five guys and their super ordinary lives, but once again, B1A4 takes us down a different route. Aliens are real, everyone. And so are girls with freakishly large ears…

Everyone loves sushi, but Orange Caramel takes it to a whole new level: They literally become sushi. This may seem bizarre, but this group has always used foods and desserts as key concepts. For future reference, if you ever need a quick rundown on which sushi to eat, “Catallena” has all the answers. Just make sure you don’t order the mermaid.

How could I not include “Gangnam Style”? In terms of bizarre MVs, this one holds an international status as the greatest. PSY’s flashy style and his iconic dance moves created a legacy in the world of K-pop that will never be forgotten. After all, who could forget a MV with over 2 billion views?

Wanna know what Narnia would look like if it were Korean? Red Velvet’s “Rookie” is exactly what’d it be like. After entering the closet, the girls are thrown into the strange world full of clay trees and creatures made entirely of roses. If that weren’t bizarre enough, there’s even a random speed-chase using mini spaceships. Definitely need to get me one of those.

“Married to the Music” is basically what would happen if SHINee got drunk at a retro 1920s party. Lots of terrible things happen in this MV: heads get decapitated, eyeballs go flying, noses disappear, lips fall off, there’s even a dance party under the falling of confetti vomit. Among all of this, we learn one important lesson: music can make people do some seriously crazy things.

With 2NE1’s “Come Back Home,” we are gifted with probably the most bizarre sci-fi ever made. In this dystopian setting, everyone is addicted to Virtual Paradise, living in alternate realities instead of in the real world. Attempting to retrieve the people they had lost, 2NE1 stages their own revolution, flawlessly infiltrating the system and destroying it from the inside. I gotta say, these girls really know how it’s done.

I’ve watched “Flower” countless times, and to this day, I’m still amazed. The world that is crafted in XIA’s MV introduces so many bizarre and strange creatures. The end result is a breathtaking contrast between the luxuries of the wealthy and the rising anger of the oppressed. The story is captivating, the costumes are totally on point, and the setting is perfectly suited to it all. It’s bizarre, but in the best way possible.

Know of any other bizarre K-pop MVs? Share with us in the comments!